Exploring the limitless possibilities of the traditional Japanese drum, the taiko, Kodo is forging new directions for a vibrant living art-form. In early 2018, we return to Europe with our latest production, “Evolution.” Here are some fun facts to read about this new production before you head to the theater. 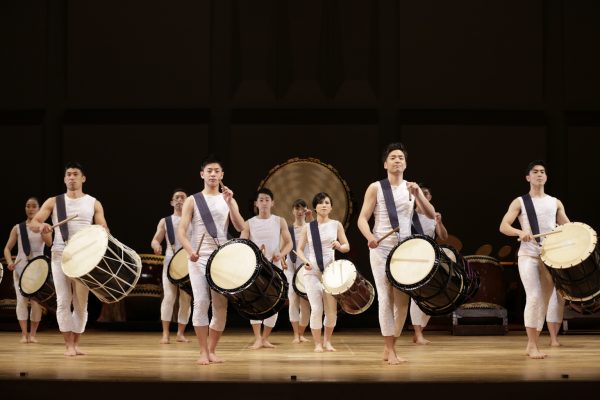 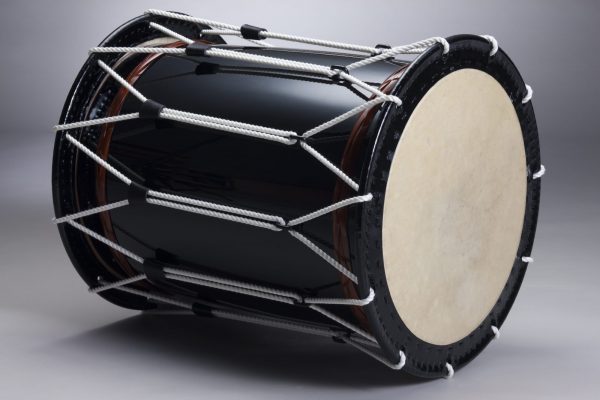 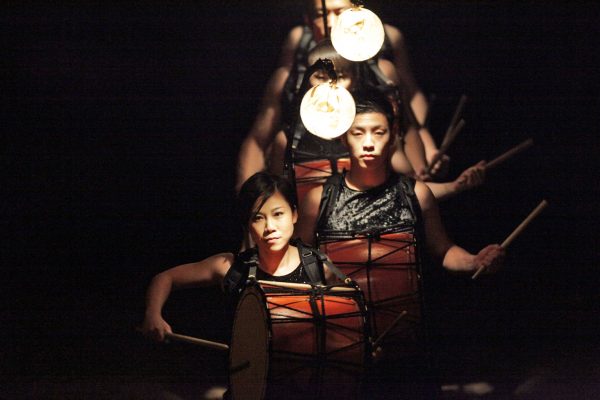 4. The performers use custom-made bags of bells instead of drumsticks in Color.

This comical piece offers some lighthearted relief by playing taiko that usually appear in very traditionally performing arts, such as Kabuki and Noh theater, in brand new ways. The concept behind Color is a fun piece where the drummers and drums creates a rainbow of sound. One of the most unique ways the drums are played in Color is by beating them with a bag of little bells. Just picking up one of these bags makes a sound, but when you hit the taiko with it, you get two sounds at once. Kodo discovered that if the performers made their own bag of bells, this type of “drumstick” broke very easily, so now a professional craftsperson makes the sturdy bell bags for Kodo, especially for that particular purpose. 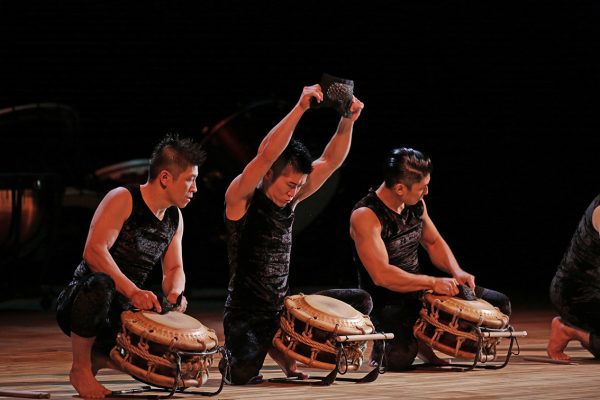 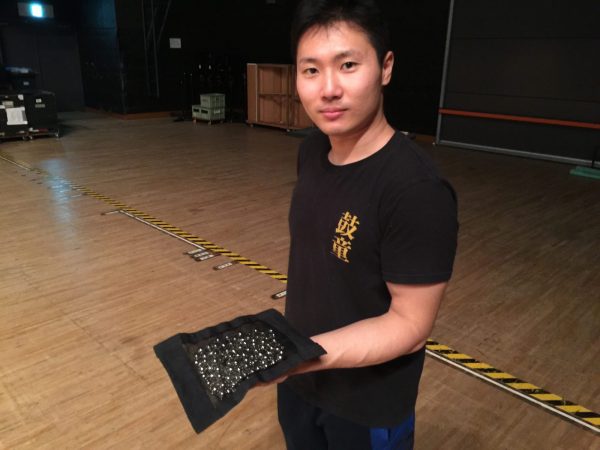 Monochrome is the final number in the first act of Evolution. This intricate taiko piece was created by modern composer Maki Ishii and Kodo has performed it for decades on countless stages around the world. In 1976, the premiere of Monochrome was performed by Kodo’s antecedent group, Sado no Kuni Ondekoza, and the ensemble has continued to uphold this piece ever since. It remains one of the most iconic pieces in Kodo’s broad repertoire. 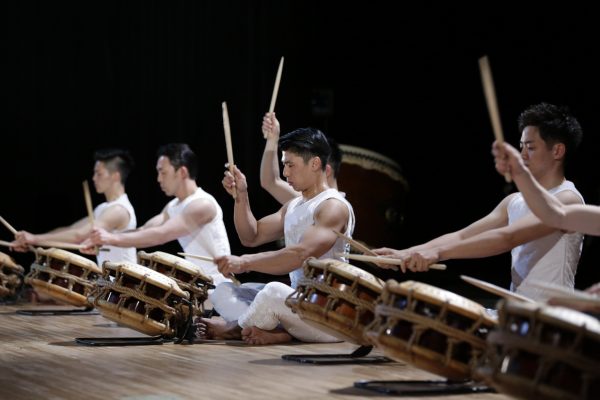 6. Kei Kei means “the piercing sparkle of an intent gaze.”

This up-tempo piece was composed in 2012 by Kodo performer Yuta Sumiyoshi, who has a special flair for creating sound. He penned Kei Kei to fulfill a request for a “youthful, shiny, happy tune.” Then Tamasaburo Bando, the director of the production that first featured this piece, had the idea to arrange it as a medium-tempo, jazz-like number, played by many performers moving around in a circle. That’s how the current performance style of this piece emerged. 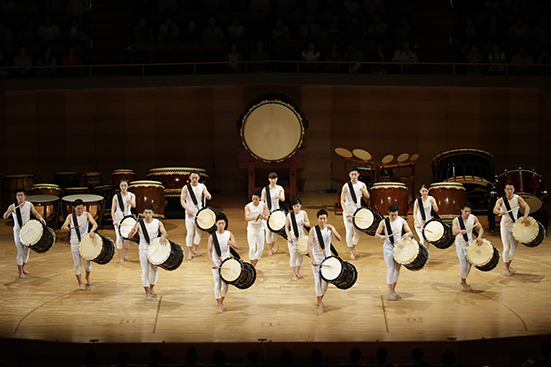 7. The taiko used in Kusawake are original instruments designed by Kodo.

Kodo is not only dexterous when it comes to playing traditional Japanese instruments; the ensemble also develops new instruments to use on stage. One example is the shime-jishi daiko used in Kusawake. When taiko are played as an ensemble, the drums can tend to drown each other out. So Kodo created a new drum with a shrill, sharp sound that enables it to stand out and be heard. The inventive shime-jishi daiko uses different skins for either head and can be played with bamboo or wooden sticks to elicit a range of tones. 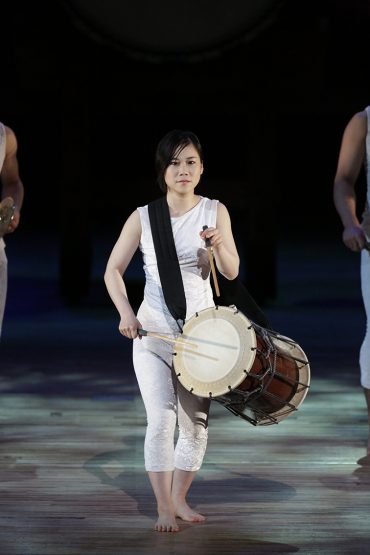 8. The drumsticks used to play Monochrome have an unusual shape.

Since ancient times, the loud, resonant sound of taiko has been used in an array of ways, such as to convey prayers, deliver messages, and signal battles. However, Maki Ishii’s Monochrome begins with barely-audible beats, which is one of the reasons this work is considered a revolutionary, modern composition. To produce such a faint sound with taiko, the Kodo performers make drumsticks with finely tapered tips, especially for this piece. 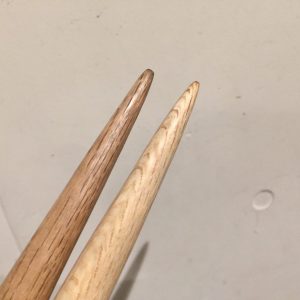 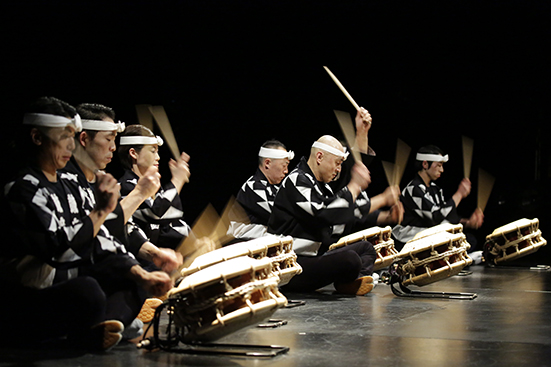 9. The bamboo flutes used in Yuyami are selected for the key of the piece.
There are a range of traditional flutes in Japan, such as the nohkan, used for Noh theater, and the ryuteki and hichiriki used in court music. Yuyami, which means dusk, features the shinobue, a traditional Japanese transverse flute made from small bamboo. There are two types of shinobue: one is the “classical” type, used for traditional performing arts, and one is the “song” type, which is made to suit the Western scale. There are several different flutes for each type because each shinobue is used to play a different key. Shinobue are numbered so performers know which flute is in which key, allowing them to select the right flute for a particular song. So, while all shinobue may look the same, sometimes you will see performers change their flute during a shinobue piece to play a part in a different key. 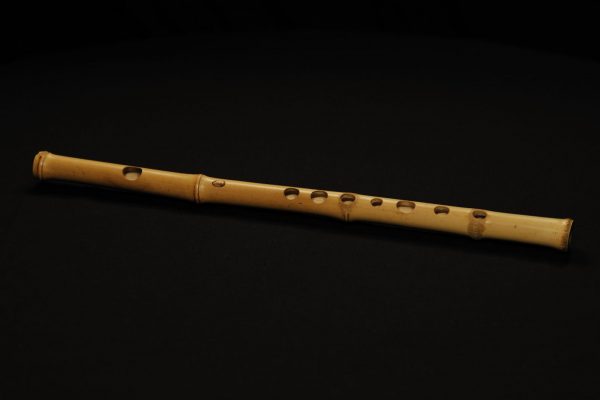 10. O-daiko soloist Kenta Nakagome has his own original style of music notation.

Kenta Nakagome is one of Kodo’s power hitters and audiences will get to see him in action in “Evolution” playing the big drum, O-daiko. There are two common ways for taiko players to learn or share a composition: one is by speaking the rhythms and the other is by using written scores, such as those commonly found in Western music or classical Japanese music. A fun fact about Nakagome is that he uses his own style of music notation to convey the sound he has in mind to his colleagues. So, do you have any idea what these symbols might mean? 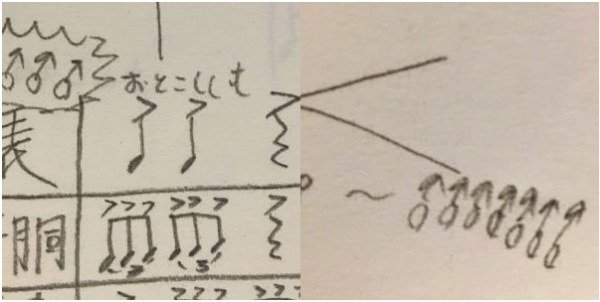 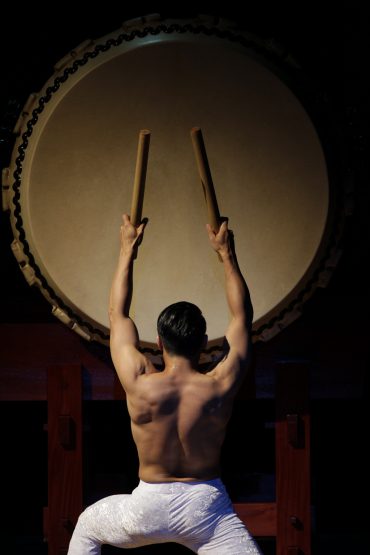 Perhaps you’ll find out when you see him in action on stage!

Here’s a sneak peak. We hope to see you at a theatre near you soon!