Kodo member Eri Uchida parted ways with our ensemble at the end of May.

We would like to take this opportunity to sincerely thank everyone who has supported Eri throughout her work with Kodo to date.

I left Kodo at the end of May.

Many days have passed since my final tour with Kodo in North America. I spent most of the spring at Kodo Apprentice Centre with the apprentices, while I handed over my role as their instructor and mentor.

I was able to spend so much time purely focusing on taiko during my years with Kodo. That is all thanks to the continuous support of people around the world, my comrades who were always running alongside me, and my family, who has always believed in me and supported me.

When I was studying abroad as a high school student in Canada, I realized I didn’t really know anything about Japan. Also, I discovered that there are many people eager to learn all about Japan.

I wanted to gain knowledge about Japan and share it with people who craved that knowledge.

I wanted to connect people to the information they sought and learn to share that information in my own words.

So when I entered Kodo Apprentice Centre, it was to study towards that goal. I chose to study here because I empathized with Kodo’s “One Earth” concept.

I enjoyed studying intensively at the Apprentice Centre, then I became a member of Kodo. I didn’t know my right from left when it came to music and the stage, so all I could do was frantically try to keep up. 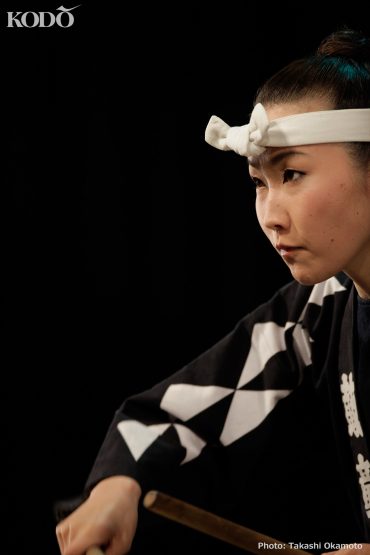 During the past three or so years, Kodo let me plan and accomplish some special firsts: school performances overseas, a workshop tour in Europe, and “Roots of Kodo”–an immersive workshop for foreign taiko players.

I am filled with gratitude because the dreams I had when I first joined Kodo have come true. It’s all thanks to the support I received from many people.

For the past two years, I’ve also been involved with Kodo Apprentice Centre. Teaching the apprentices has taught me even more about the potential of taiko.

Taiko is an instrument that helps people learn and grow. If you learn how to study, your growth will have no limits.

At first, I thought I wanted to study about Japan, but I think what I ended up learning was how to study.

While I was focusing on taiko, I started to think that the “Japan” I wanted to study might be one form of expression, rather than one set mold..

Perhaps “Japan” was something our ancestors cultivated through time, like a packet of seeds that had the potential to bloom into any kind of flower.
I think I found those “seeds” during my time with Kodo.

I am not sure how much of my own potential “bloomed” during my time with Kodo.

What I do know is this: I feel so proud to have had the opportunity to perform for all of you as a Kodo member.

I hope Kodo continues to sow  the seeds of its One Earth mission around the world. 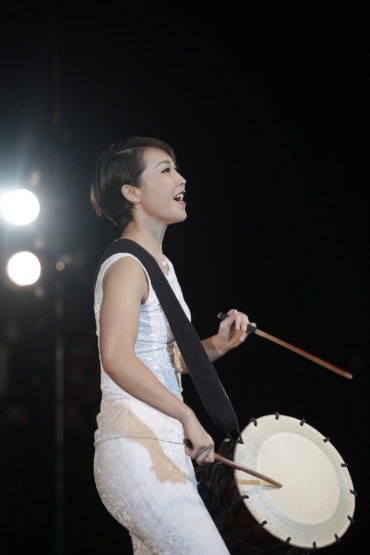 I’m going to take some time to think about how I want to be involved with taiko from now on. I will explore my options with the seeds I found on Sado with Kodo and the “One Earth” way of life as my guide.

I want to say thank you so much to all of you for your warm support throughout my ten years with Kodo.

Kodo, thank you all so very much for making the many things I wanted to do become a reality, and for running alongside me.

[Kodo One Earth Music Update] The Terms of Use were revised and updated on May 14, 2021, when “Haruka” was released.