I’ve been thinking a lot about what Kodo strives to achieve by touring under the banner “One Earth.”

Throughout history, people have worked hard to protect their honor, and that of their family. To seek a better life. To take on new challenges. To understand nature. Throughout history, people have also lived with the fear that people from other places might encroach on those things. Fear of losing what we have worked hard to get has continued to drive people to invade, pillage, and fight.


Every day, billions of people strive hard to get or keep hold of what they need. Sometimes, their actions lead to tug-of-wars, and tragic conflicts between nations. Every day, we are confronted by terrible situations and events in the news. We try to use logic and words to process what we see, but we feel a sense of helplessness. Often, that’s because these events do not stem from brand new issues: they were there for decades, centuries, and sometimes thousands of years, embedded in a region or in a recollection. In some cases, things were brewing in the shadows, or beneath the surface. Then suddenly things erupted again.

The other day, I came across a letter written in 1975 by Mr. Tsuneichi Miyamoto to the members of Kodo’s antecedent group, Sado no Kuni Ondekoza. It was Mr. Miyamoto’s reply to a letter that the Ondekoza members had sent to him after they finished back-to-back performances at Espace Pierre Cardin in Paris, France. 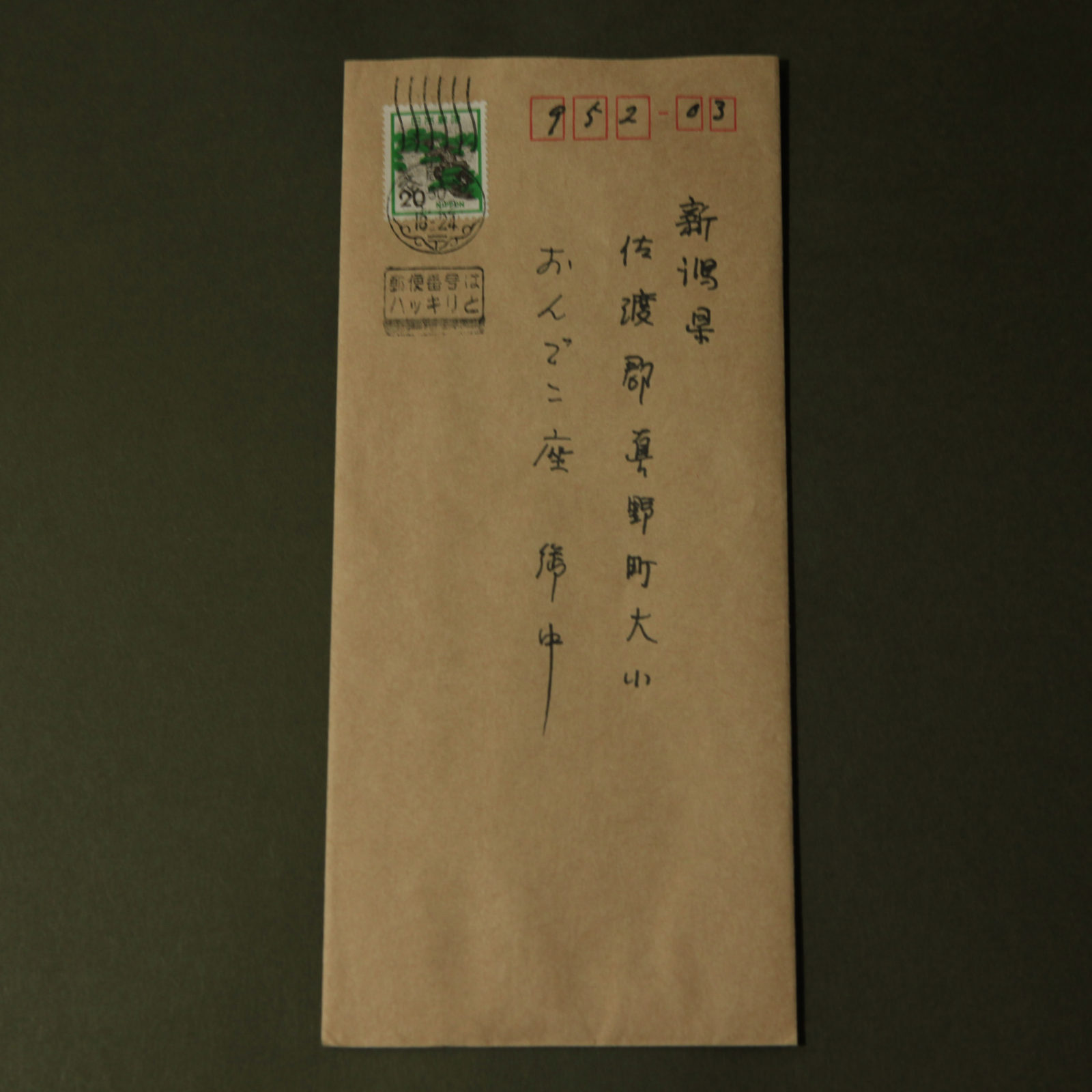 Here’s two excerpts from his letter:

“The world has become too convenient, and neither Sado nor Paris are far away anymore. But, we still feel a huge sense of distance, and remoteness, between us and people from different places. I think the most important thing for us to focus on now is getting rid of the sense of distance between the people on Earth.”

“I keep thinking about just how much work and effort are required to get rid of war. You are all playing taiko, so I think we must share the same hope.”

Billions of people lead their daily lives in similar ways, regardless of which country they call “home.” We don’t hear about all their hard work in the news. We don’t hear about their joy or their sorrow. But their efforts and their feelings are important because they shape our world. I think the feelings of all 7 billion people on Earth are more important to mankind than what is important to any one person or nation.

Festivals, performing arts, and music connect people. They delight people and make them smile. Perhaps arts and music can help melt away the fears we have about people from different places? By sharing arts and music, I think the people on this planet will come together as one, little by little.

Kodo’s One Earth Tour began in 1984. Now, 38 years on, Kodo has just returned to Japan after a tour of nine countries in Europe. Despite facing many difficulties along the way, we completed that tour thanks to the support of many people. I am sincerely grateful that we could carry out this 2022 tour. I pray that this tour somehow brought us even fractionally closer to achieving our goal—One Earth.

Kodo’s activities center around harnessing the resonant sound of taiko to foster empathy and a sense of community. I think our activities serve as a response to the letter our antecedent group received from Mr. Miyamoto 47 years ago. When faced with pandemics and conflict, we shall not be seized by fear. We will continue our activities, trusting that when people exchange smiles, and enjoy taiko and performing arts, it makes a positive difference here on Earth. 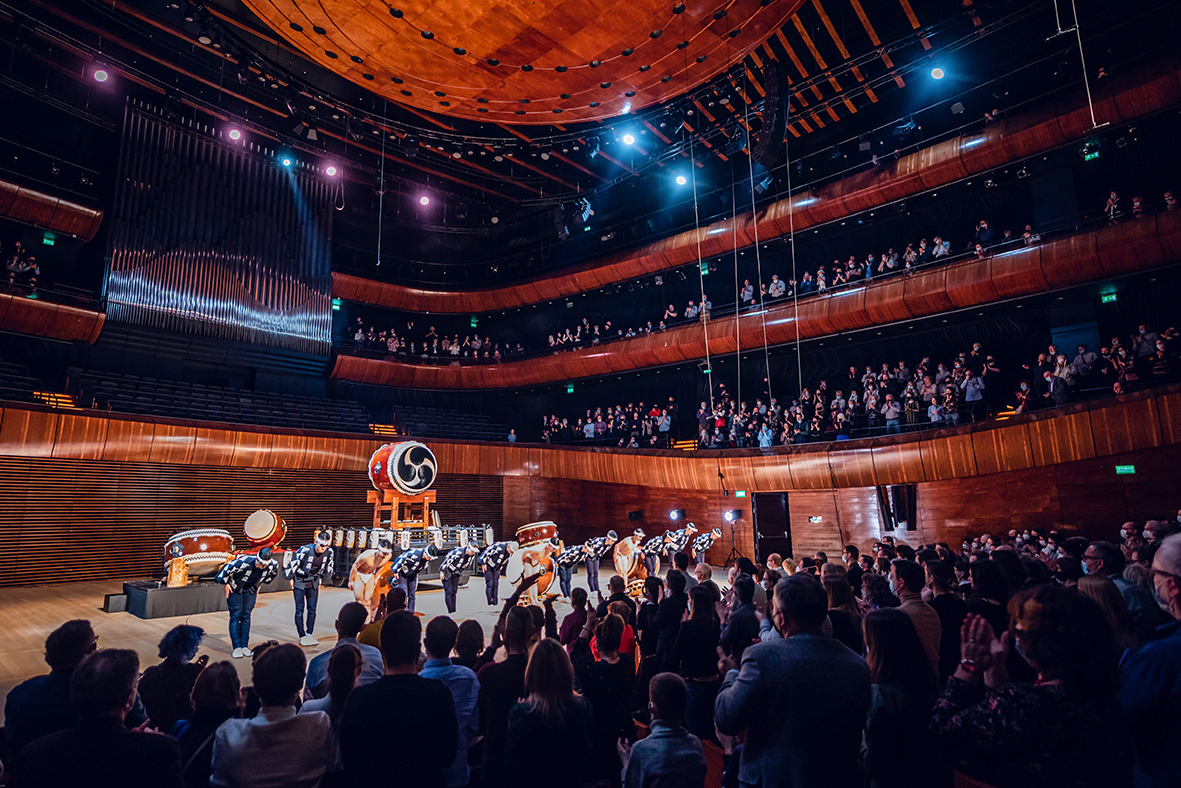 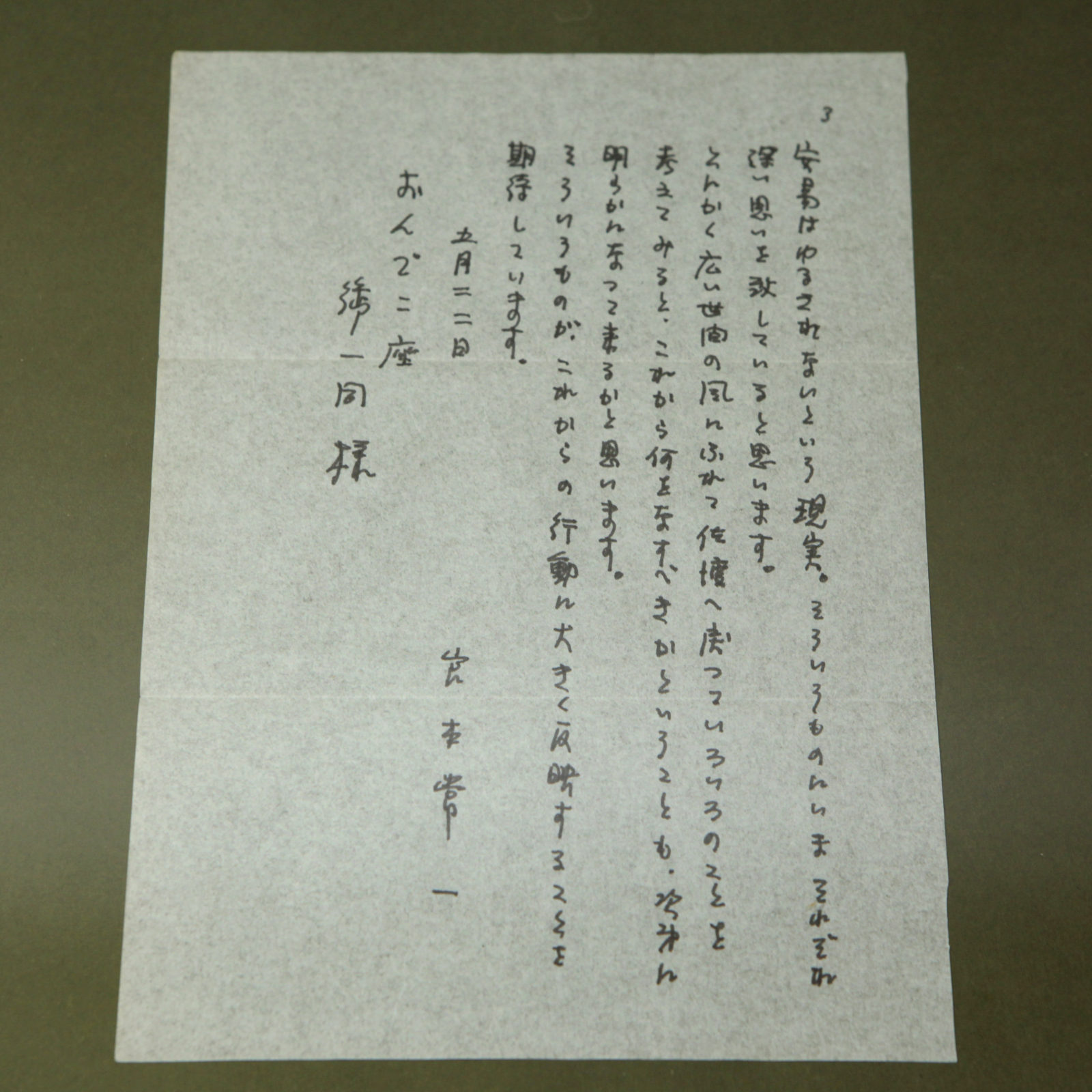 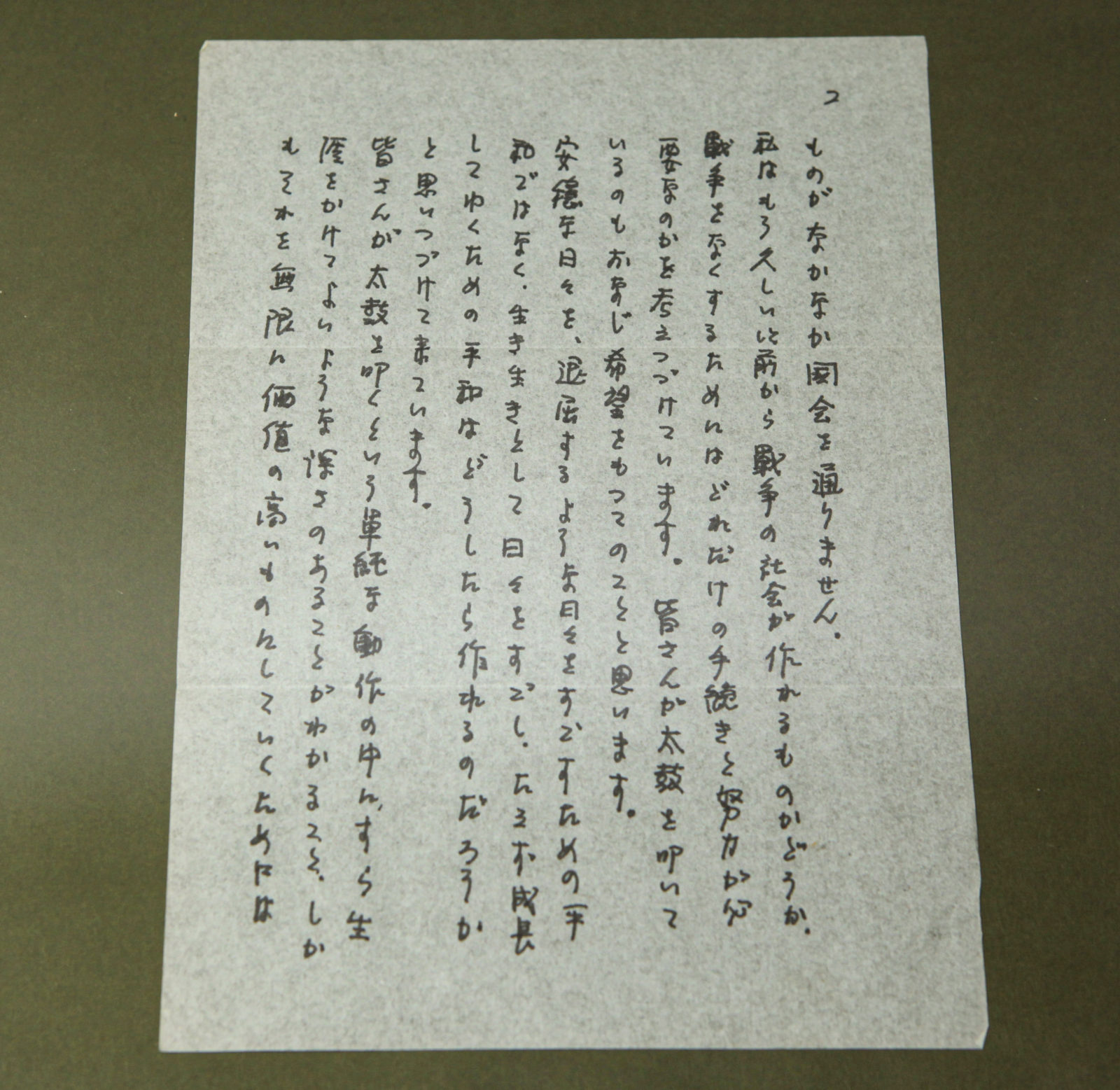 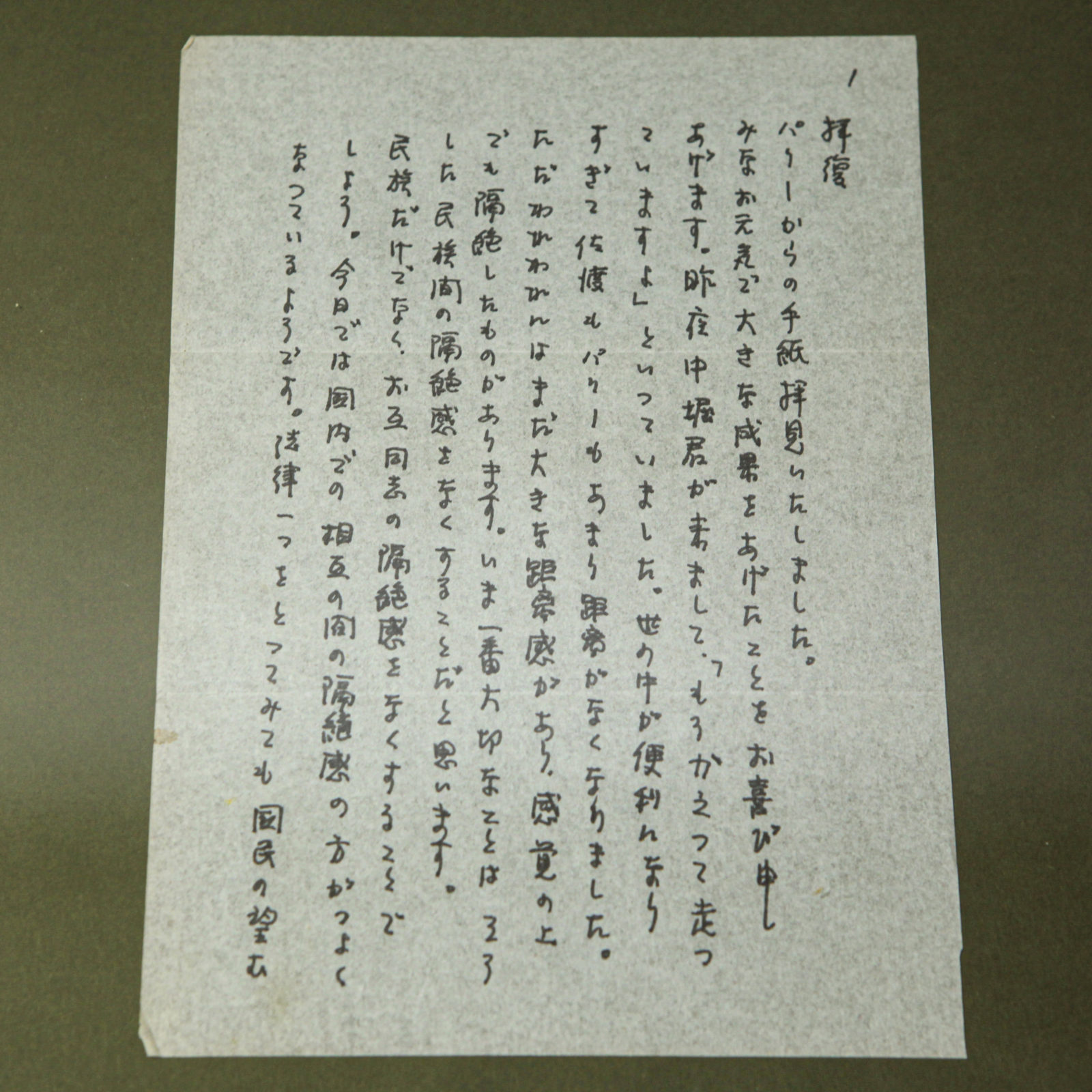