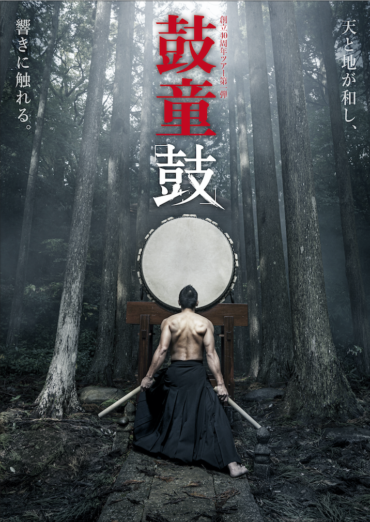 Feel the reverberations of heaven and earth in harmony.

Kodo will celebrate its 40th anniversary in 2021.
We will commemorate this milestone with two new productions. In our first commemorative work, Tsuzumi, we will perform Dyu-Ha on tour for the first time in around 15 years. The late Maki Ishii, a modern composer who was introduced to Kodo by conductor Seiji Ozawa, presented this piece to Kodo as a gift to congratulate our ensemble on its debut in 1981. Tsuzumi will also feature Ishii’s masterpiece Monochrome and other Kodo signature pieces such as O-daiko, Yatai-bayashi, and Zoku, coupled with new compositions. Join us as we trace our group’s origins back to the beginning, to reflect on our history and reaffirm what has shaped Kodo today. Tsuzumi will serve as a cornerstone for Kodo’s next ground-breaking chapter.

Message to Kodo from Rokusuke Ei*

“Your handcrafted taiko are works of art,
which people can fully appreciate just by looking at them.
That’s why I want you to be humans who show their presence just by being there, without doing anything.

When you face taiko with that kind of presence,
only then will you realize you cannot play those drums
half-heartedly:
you need to devote yourself to it with the purity of a child.
In that moment, you are Kodo—children of the drum.”

*Rokusuke Ei was an entertainer and lyricist who was involved in the creation of Kodo’s antecedent group, Sado no Kuni Ondekoza. He passed away in 2016.

Conjured and honed on Sado, Kodo’s sound is like no other.

Kodo 40th Anniversary Commemorative Performance: Tsuzumi.
For its theme, we chose the place where it all began half a century ago: our home of Sado Island. When we reflect on the past, we understand the present.
This brand new work will become a cornerstone for Kodo’s next innovative chapter.
The reverberations of taiko awaken the power of heaven and earth. Conjured and honed on Sado, Kodo’s sound is like no other.
I hope you’ll come and feel the soul-stirring depths of its resonance firsthand at the theater.

※Updated on Sep. 9. Schedule is subject to change.

Postponed Performances
We previously announced performances planned at Yawatahama-shi Bunka Kaikan (Ehime Prefecture) on Oct. 31 and at Mishima Citizens Cultural Hall (Shizuoka Prefecture) on Nov. 14, however these two performances have been postponed until 2021 as a safety measure, in light of the ongoing pandemic. Kodo will announce updates for these venues when they become available. We apologize to everyone who was looking forward to seeing us this year and thank you for your understanding.