In September, while other Kodo members where performing in “Yugen” at Kabukiza Theatre and traveling for small group projects, I was working hard on a new venture on Sado Island: a program called “Roots of Kodo.”

Roots of Kodo is a new live-in workshop aimed at people from abroad. The inaugural program was nine days long, held on Sado from Sep. 10 through 18. 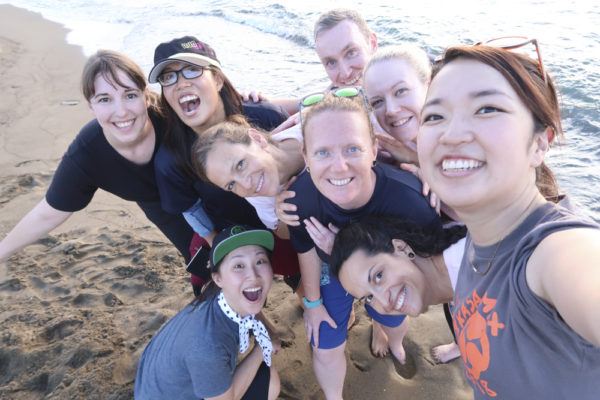 This idea for this project all started in Europe during a workshop tour I planned in 2017. I met so many energetic overseas taiko players on that tour who were very eager to learn.
I heard people from various countries say they wanted to study (taiko) way more seriously and they wanted to train at Kodo Apprentice Centre, if possible. So I wanted to give them the opportunity to do that. That’s how this program came about. 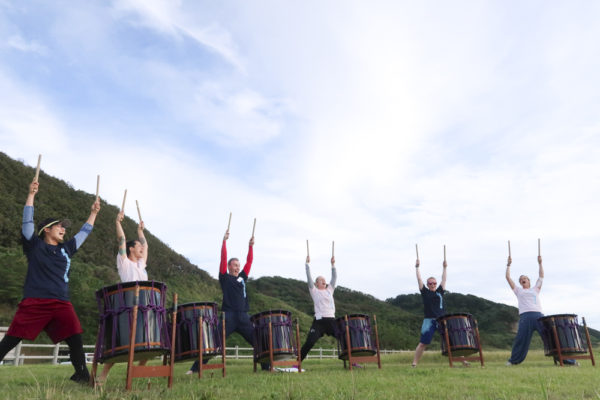 Kodo is constantly seeking new forms of expression with taiko, and so are people who play taiko abroad. They are also always wondering what is possible and looking for new inspiration, too.

After careful consideration, I felt that rather than try to teach them what Kodo’s way of expression, if I shared the roots of what we, Kodo, value as a group, then that might be the best way for each of them to move forward in their own pursuit of genuine taiko expression. 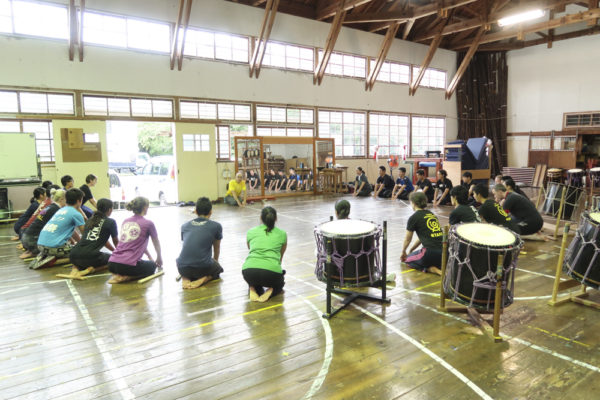 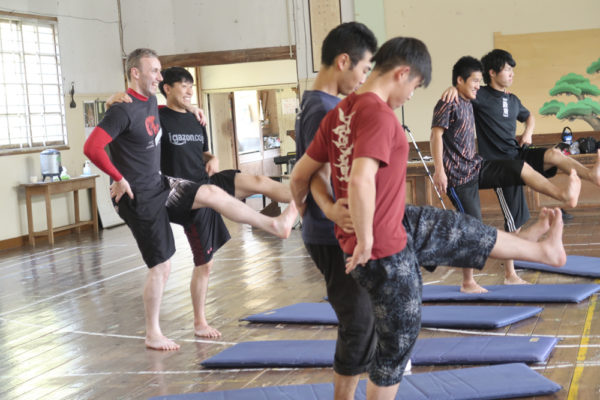 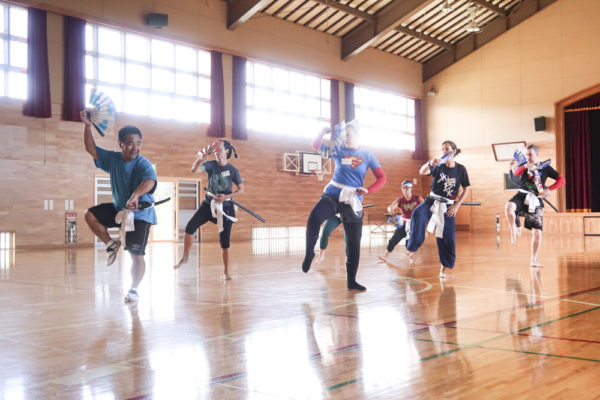 I could prepare that environment for them and create an optimal opportunity for them to learn.

And I’d already learned how to do just that through my experiences at Kodo Apprentice Centre. 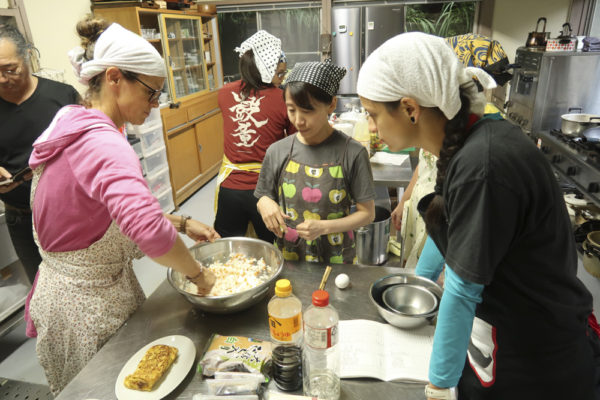 So I devised a program that included all the things that I considered to be Kodo’s roots: making your own meals, cleaning, creating a schedule and living by it together, figuring out time for training, devising practice methods, discussing things…and more. 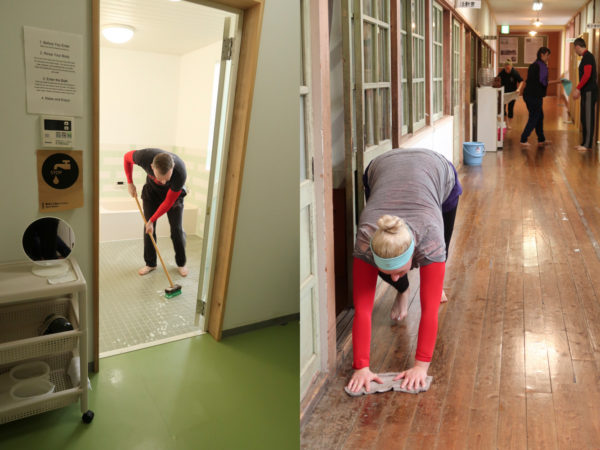 The program was not just about taiko training. It also included dance, tea ceremony, taking part in a local festival, agricultural work, and other activities. When I made a list of all the fundamentals of our group, there were so many things other than taiko that I was unsure if it would even make sense to the participants. 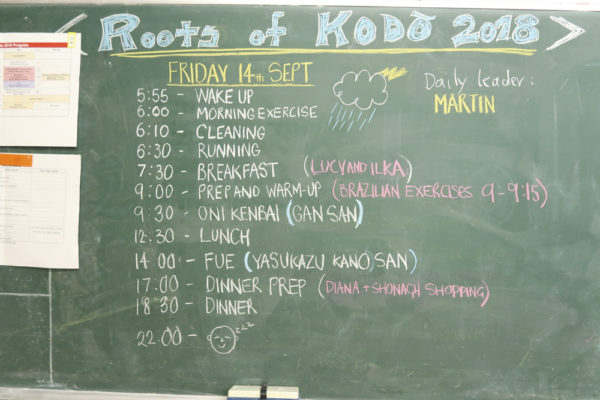 Each and every participant came with an active approach to learning and the desire to make the most of the program. I think the program worked because of their attitude. 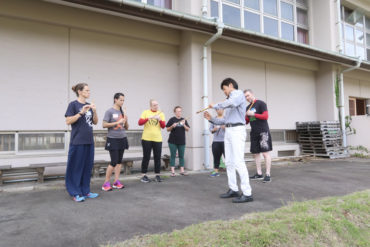 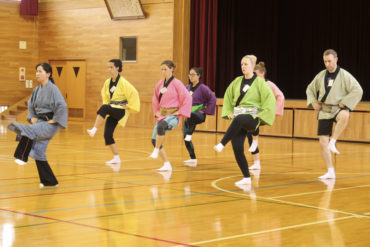 I kept asking myself if all these activities were necessary for simply playing taiko, and I made a real effort not to just gloss over things by saying “In Japan, we do this” or “That’s just the way it is.” By being thoughtful about every element, what was actually important became clear and it was regardless of any country or culture. I discovered things every day… perhaps I ended up learning the most of anyone from all the questions and reflection. 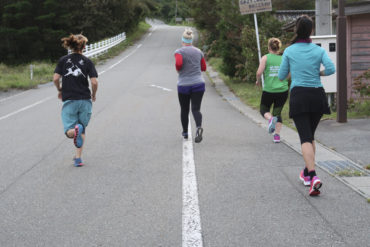 Once it was over, I realized that getting answers is not the purpose of this program 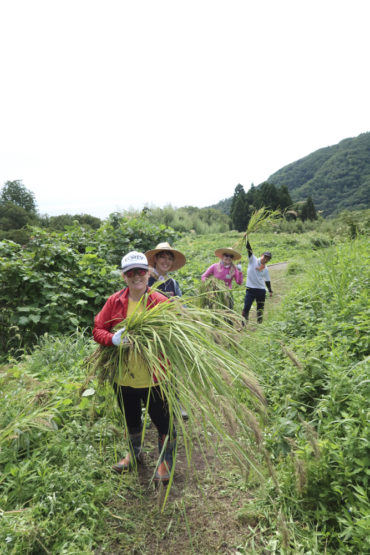 What people got were “seeds.” Those seeds were cultivated on Sado Island, within people just like this, within a history of time spent just like this.
And Kodo is the “flower” in bloom, which grew from those seeds. 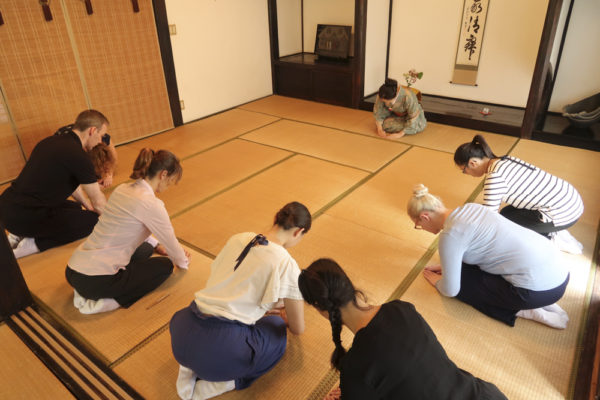 How the Roots of Kodo participants raise the seeds we gave them is up to each one of them. We know seeds grow differently according to factors such as the soil where they are planted, if they get sunlight or not, and if you give them water or not. I think the best way to raise seeds differs from place to place. I wonder what kind of flowers will bloom from those seeds in each participant’s country in the future. 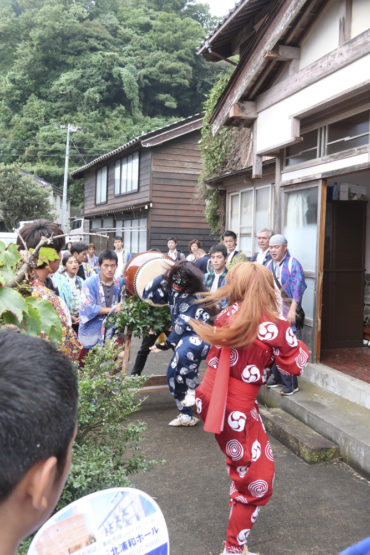 I hope the message of “ONE EARTH” will spread around the world through these seeds and flowers, to connect us all someday. 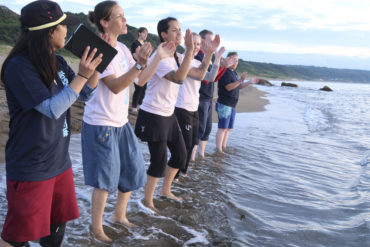 To all the participants and staff involved, thank you so much.
I am excited about what lies ahead! 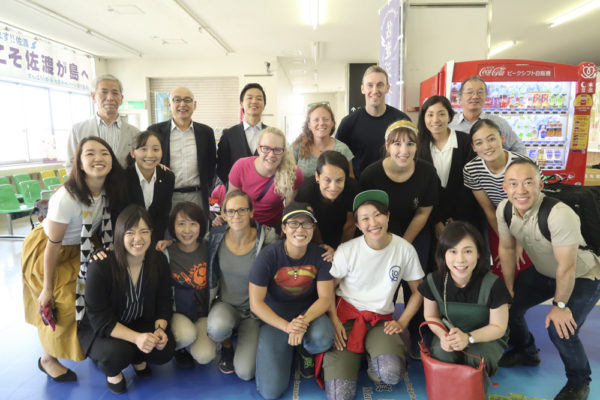