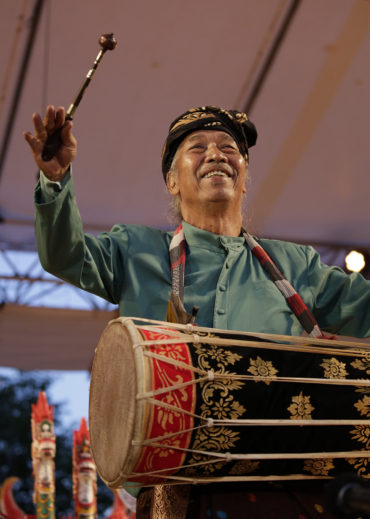 Mr. I Ketut Suwentra, the leader of percussion ensemble Suar Agung in Bali, Indonesia, passed away in a Denpasar hospital on May 10.

Mr. Suwentra performed three times at Earth Celebration on Sado Island in 1991, 1997, and 2015, and he also collaborated with Kodo in Bali in 2015 during our recent visit.

Mr. Suwentra’s knowledge about instruments, his performance style, and enthusiasm for performing arts have had a great influence on Kodo’s performances.

We sincerely pray that he rests in peace.