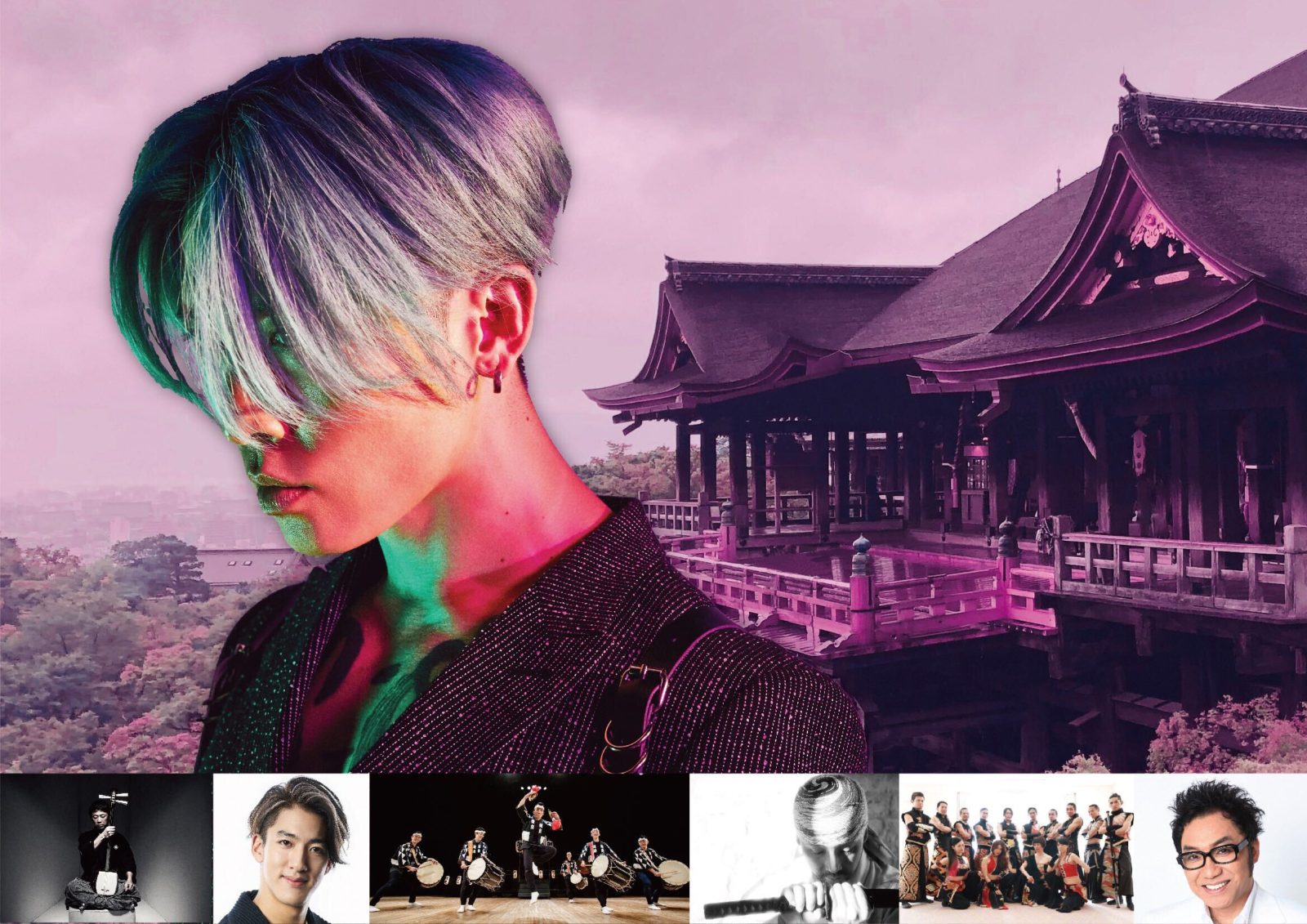 In September, Kodo collaborated with world renowned guitarist MIYAVI and a stellar lineup of guest artists for the 6th concert in MIYAVI’s Virtual Concert series.
MIYAVI Virtual Concert 6.0 was held at one of Japan’s most celebrated temples, UNESCO World Heritage Site Kiyomizu-dera in Kyoto.
We are thrilled to announce that the concert will be screened three times at cinemas in Japan this month! If you’re in the area, this is your chance to enjoy the concert on a big screen with surround sound. MIYAVI will appear on stage at each cinema to greet the audience, too.
Don’t miss this exciting East-meets-West collaboration featuring electric guitar, Japanese traditional performing arts, and more!

※MIYAVI will appear on stage at all three venues to greet the audience.

(From Official Website)
MIYAVI is gaining recognition around the world for his unconventional style of playing the guitar—not with a pick, but with his fingers and his “slap style,” which is like no other. Miyavi has six successful world tours under his belt, totalling more than 250 shows in 30 countries across North and South America, Europe, Asia and Australia.
In 2013, Miyavi entered a new phase by releasing the single “Ahead Of The Light,” which features his slap guitar with the strong beats of electro/dance music. His self-titled album, “Miyavi,” was released in Japan in June 2013 and is now being released in Asia, Europe and North America.
In recent years, Miyavi gathered attention from other artists and creators in the field. He has also produced music for television commercials. His music has been featured on various commercials for brands, including Uniqlo, Toshiba, Nissan, Lotte Co., Otsuka Pharmaceutical Co., among others.
In addition, he is receiving a lot of attention from fashion brands. With his acting debut in Unbroken, Miyavi was inspired by the message of peace which he himself has strived for; he has been able to use all his performing abilities this time as an actor who considers his body and soul to be his instrument. Consistently aiming for the next level, fans refer to Miyavi as the “Samurai Guitarist.”