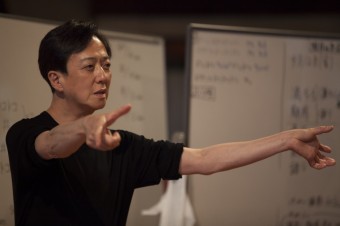 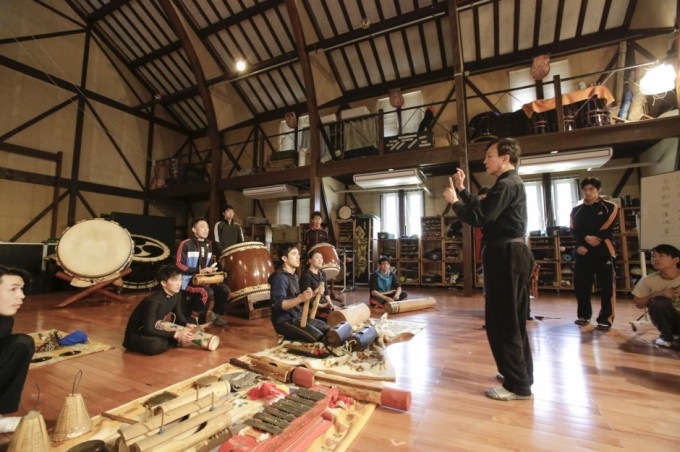 “Eternity” is the third programme directed by Tamasaburo Bando acting as the Artistic Director of Kodo. The first programme, “Legend,” connected new work of his own creation with Kodo’s staple pieces. The second programme, “Mystery,” incorporated new theatrical movements and pursued new expressions in an otherworldly space where light and darkness intersected. The Artistic Director’s vision for Kodo’s stage expression has continued to challenge the ensemble in brand new ways. 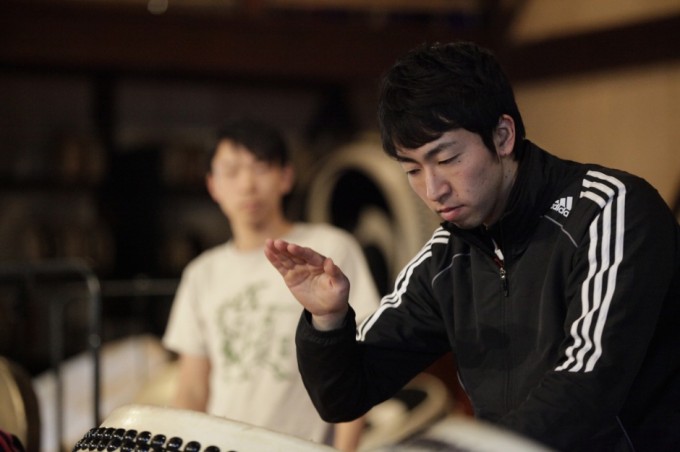 “In the past, we were more likely to be pounding the drums as hard as we could, gritting our teeth with our bodies covered in sweat,” says Tsuyoshi Maeda. “Then, Tamasaburo told us to slow down, and we practiced making small and delicate sounds for a while. This became an opportunity for us to rediscover the taiko and understand the full range of sounds possible from these diverse instruments.” 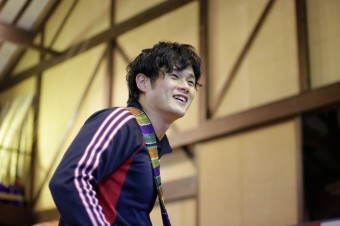 “We realized that it was extremely difficult to free ourselves from our own pasts, to move beyond what Kodo had done to date when we directed ourselves,” explains Masayuki Sakamoto. “We could not take off our original costumes and take risks. It was definitely very difficult for us to shed our old skin at first, but once we did, we were transformed and we embraced the idea of delving into the unknown. Tamasaburo sometimes says some rather unexpected things (Sakamoto laughs), but nowadays some of his ideas are surprisingly natural to us, too.” 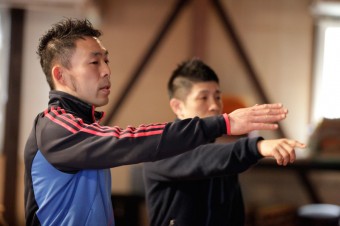 “Until Tamasaburo came along, Kodo’s music was based solely around Japanese taiko and traditional Japanese folk arts, so we felt awkward playing Western rhythms and performing Western-styled dances,” says Mitsuru Ishizuka. “Tamasaburo was willing to make us do something new, and at first we were confused, but at the same time, we became very open and began to understand what he was asking of us.”

Through various projects, Kodo has been communicating with Tamasaburo for over ten years, long before he became the ensemble’s artistic director, so his ideas have permeated well throughout the group. This prepared Kodo to tackle the challenge of this latest production, “Eternity.”