“The Sound of Bamboo” by Kosuke Urushikubo 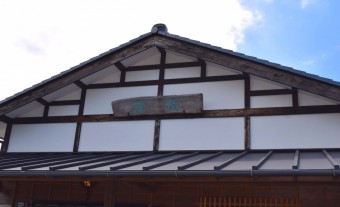 The other day after our performance in Kimitsu, Chiba, some of my fellow Kodo members and I went to visit Ranjo-san. 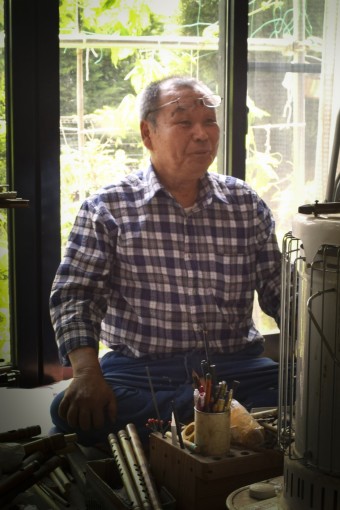 Ranjo-san is a bamboo flute maker who has been crafting the flutes that Kodo uses for many, many years. Apparently, there has recently been a rise in the number of people who have started playing the shinobue (Japanese transverse bamboo flute). And some 9 out of 10 of those newcomers play a bamboo flute made by Ranjo-san. Ranjo’s name is so well-known these days amongst shinobue enthusiasts, both throughout Japan as well as abroad. I am truly grateful that he helps me choose bamboo flutes to play that suit me the best. Then he gives me advice on how to play them. 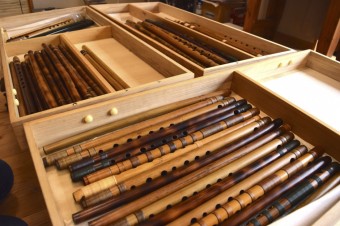 Each flute is made from a living being: bamboo. The girth, thickness of the bamboo, and size of the holes may look the same for each instrument at a glance, but each one is completely unique. 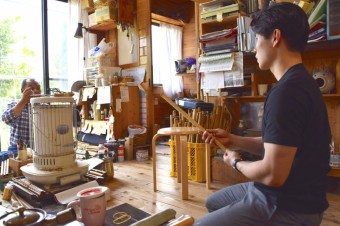 Ranjo-san taught me that the most important thing to think of when you choose a flute is what kind of sound you want to create with it. 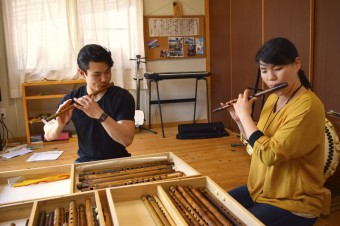 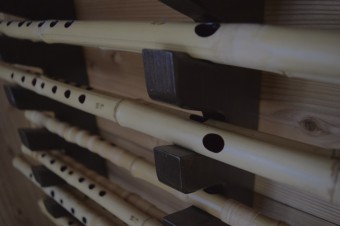 Please come along to see “Kodo One Earth Tour: Eternity” so you can hear the sound of our ideas and emotions through Ranjo’s flutes. 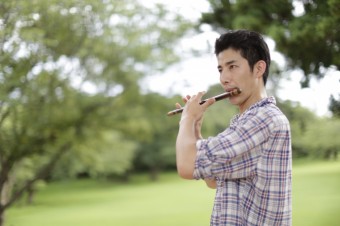