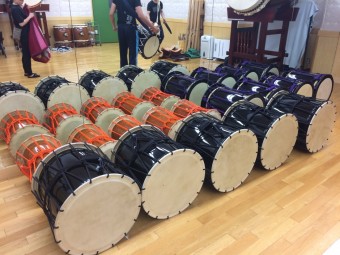 Asano Taiko held a special event so that people could along to try out the new Asano drums that were created in collaboration with Kodo for our performances. The instruments introduced at this “Try Before You Buy” event are the taiko that people ask us about the most, mainly wondering if they are available for purchase. So on Sep. 21, during the Silver Week holiday period, we joined Asano Taiko in Yutenji, Tokyo, for this hands-on event at Taiko no Sato Kyowakan.

During the event, Kodo members gave special workshops using each of the three collaboration-project taiko drums. Kodo’s Yuta Sumiyoshi composed a piece especially for the workshops with those taiko in mind. It incorporates some unique grooves that you can create with them, allowing all the participants to really experience the potential of these new taiko. 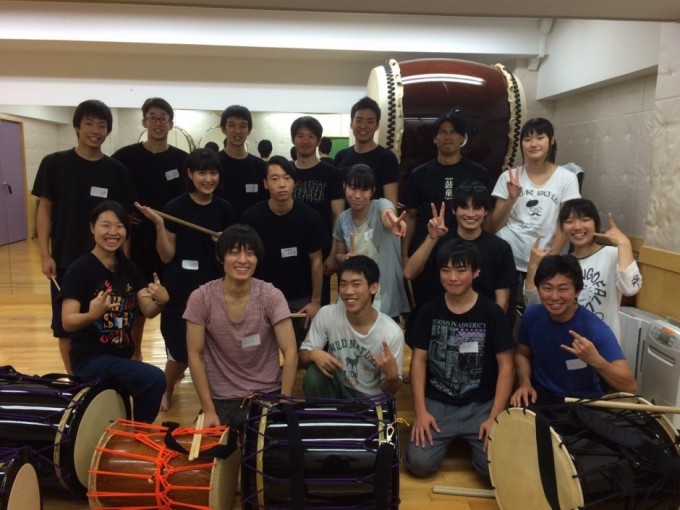 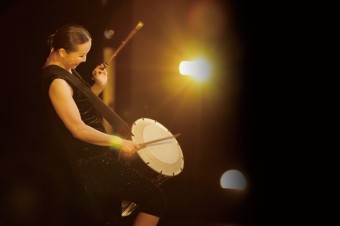 This small taiko has a crisp, sharp sound that lets a solo part stand out amongst other taiko on the Kodo stage. 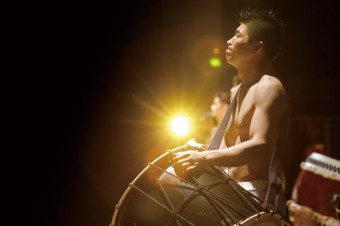 This taiko is now on sale thanks to popular demand. We usually play it with one drumstick on stage. Its low tone really complements other instruments, including chappa (cymbals) and bamboo flutes. 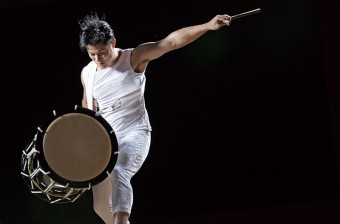 All eyes are on this one! This is an okedo-daiko (barrel drum) that has independent tuning for each head thanks to special metal parts on the barrel. The two drum heads differ in thickness, too. The incredibly broad range of this taiko is showcased in a solo by Masayuki Sakamoto in our production “Kodo One Earth Tour: Eternity,” directed by Tamasaburo Bando. See the performance live or on DVD/Blu-ray to see “Kanade” in action.

“Our Visit to Asano Taiko U.S.!” by Tetsumi Hanaoka

Our Visit to Asano Taiko U.S. 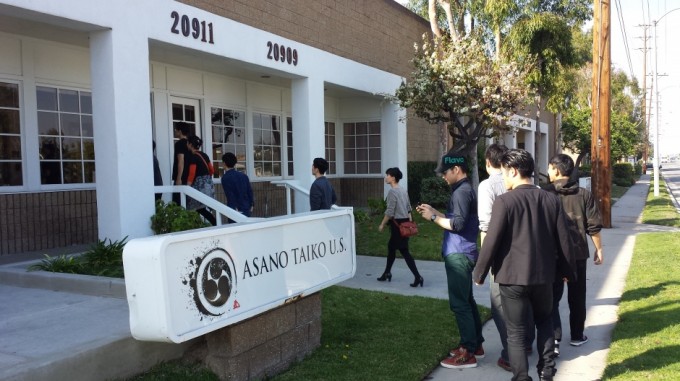 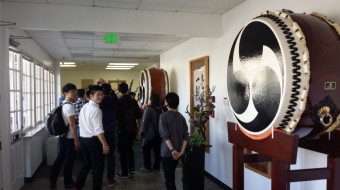 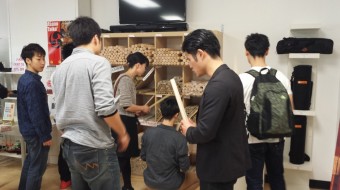 Today we visited “Asano Taiko U.S.” in Torrance, California, on the way from Santa Barbara to San Diego during our “Kodo One Earth Tour 2015: Mystery” North America Tour. 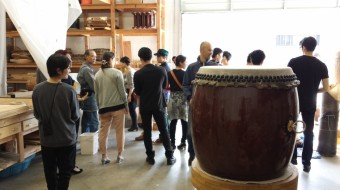 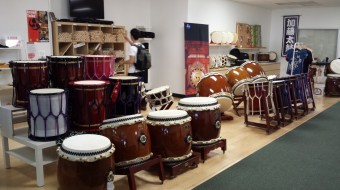 Asano Taiko has helped us so much with our current tour. We visited their store, studio, and Kato Taiko‘s workshop next door to Asano Taiko U.S. They told us that the studio holds workshops almost every day and that the U.S. taiko population is rapidly growing, along with the level of technique. We need to keep up with them!

We will continue to do our best on this tour!