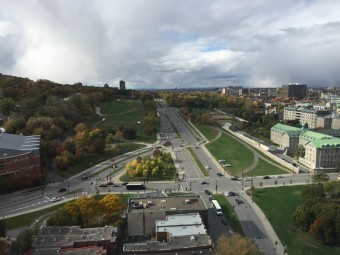 Just as we thought the colours of autumn were getting richer, all of a sudden there was snow in Montreal! Over the weekend the temperature fell and today it was just 1℃ during the day. Of course, the cold is no problem for Kodo! We are all doing our best! 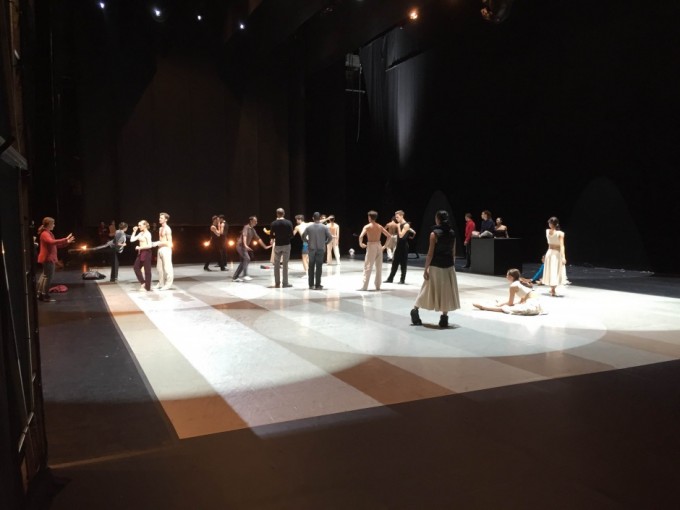 We had rehearsals on Sado Island, then further rehearsals after we arrived in Montreal, and last week the curtain rose on the 2015 season of “Kaguyahime”! Every day our conductor, Mr. Michael de Roo, made detailed adjustments to the music as the dancers rehearsed on stage. 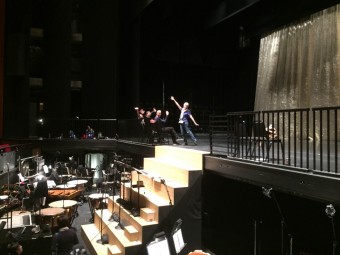 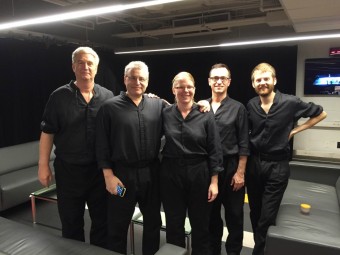 The choreographers are so serious during the rehearsals, but during the breaks we can see their playful side, too!

The percussionists are all so friendly. I’ll tell you more about them and our interactions with them soon!

Back to the conductor, Mr. de Roo. A certain item has pride of place on his music stand. Can you guess what it is? 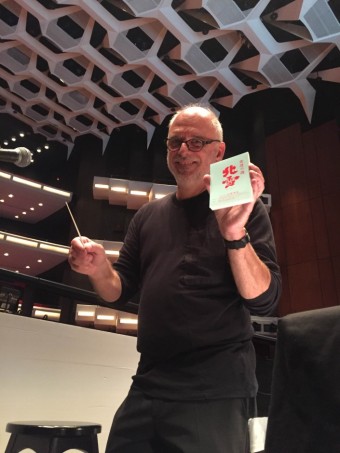 Hokusetsu is the name of a sake brewery in Akadomari on Sado Island. Mr. de Roo likes Japanese sake, especially sake from Sado! During our rehearsals at Kodo Village, it turns out that he visited the Hokusetsu Brewery for a tour and was given this notepad!

When we saw Mr. de Roo’s beloved souvenir from Sado Island in Canada, it warmed our hearts. 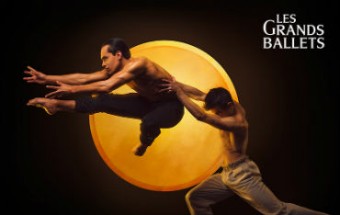