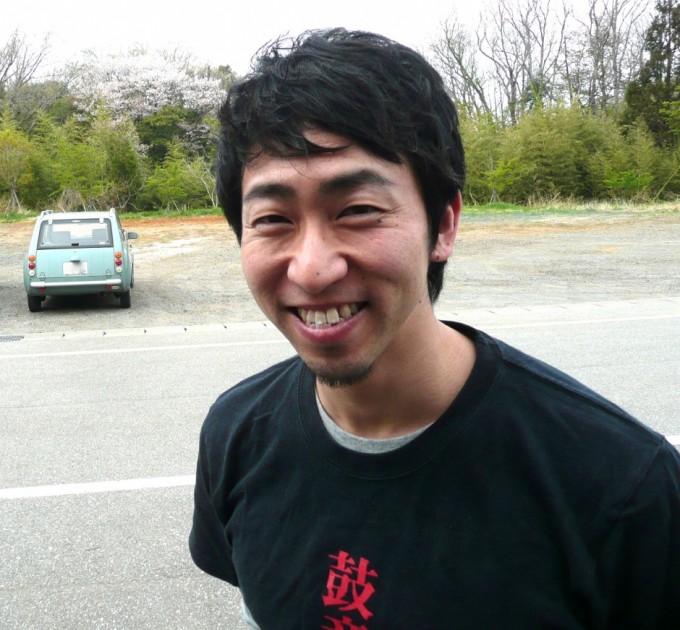 While in the final year of high school he applied to the group, went to the interview on a snow-whitened Sado in January, and began his new life as a Kodo apprentice that April. His biggest challenge over his two years of apprenticeship was not so much the training, but coping with relationships in that intense environment. He thought of quitting more than once, but persevered and felt only relief and delight upon his acceptance into the group. On his first tour as a junior member they went to Kobe where he was able to appear before his lifelong friends and parents in Kodo’s indigo costume. It felt like a nod of thanks for all the support he had received over the years. 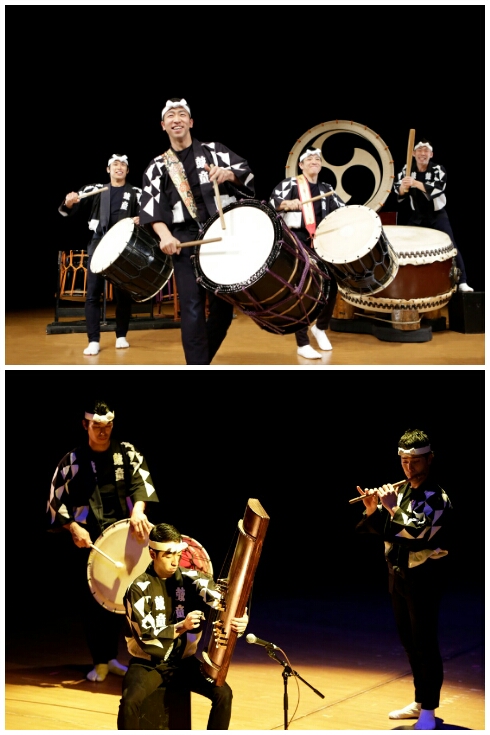 Now in his 10th year on Sado, he is a regular player and also composes and directs. He plays taiko, fue (bamboo flute), sings and dances. This year is his turn as the director of the School Performance team. This group of 7 or 8 players travel throughout Japan giving as many as 60 performances a year, mostly to young people in their school gyms.

His approach when directing school performances is to introduce young people to the appeal of Japanese traditional instruments. He remembers when first seeing Onikenbai (Demon Sword Dance) and Onidaiko (Demon Drum Dance) how – with their elaborate costumes and masks they were fascinating – but they also seemed mysterious and separate. He felt no particular affinity for them. But when kids see Kodo wailing away on a bunch of taiko, they think ‘Hey, I wanna do that too!’

Tsuyoshi also has taken part in special joint performances with other musicians. This year that included playing as a soloist in a production featuring an array of musicians and a group of flamenco artists called Arte y Solera in Tokyo. 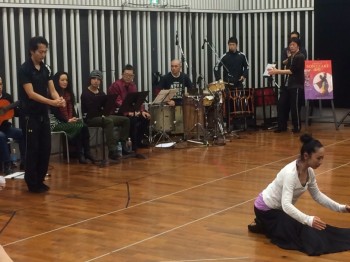 Tsuyoshi also directed the second night of last year’s ‘Earth Celebration’ main stage and will be directing a concert E.C. again this year. To him the great challenge there is in making the most of its unique outdoor venue among the grassy fields surrounded by cherry trees up on Shiroyama. Before ever joining Kodo, Tsuyoshi came to the event as a paying guest, so he knows how important it is to create a concert and environment where both the audience and performers have the kind of experience only to be found in Sado’s unique island setting. Last year Tsuyoshi put the directorial emphasis on showing how much fun the taiko is, but this year he also wants to demonstrate its more stoic side. To show the unadorned beauty of taiko being played well, to strike a balance between the fun and the powerful. 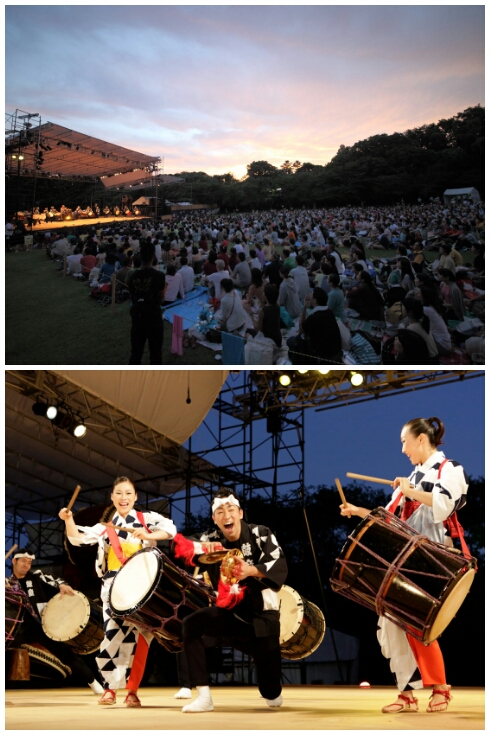 Tsuyoshi enjoys himself most when he is performing. He claims to have a very straightforward approach to playing taiko. He simply wants to improve. He describes his personality as that of a craftsman rather than an artist. He concentrates on making each individual taiko beat or phrase better than the last.

He has composed several pieces for Kodo, one of which, Yomichi, is in the current ‘One Earth Tour’ production ‘Mystery’. He finds modern J-pop music too commercial and empty. Drawing on his childhood in the countryside he wants his music to evoke some long lost pictures of the past. Sometimes the merest whiff of something will invoke the image of a mountainside. This is what he strives for in his musical compositions.

Being a member of Kodo is like being with a bunch of friends. They know what you are feeling, and one can be spoiled by that. But when he went out to work as a soloist with those flamenco artists it was as a group of soloists, assembled to create a piece together. When you play with someone new there is a sense of freshness, as you feel each other out and explore. As a soloist among the flamenco musicians he felt a large responsibility to make the best of the music he was assigned to perform. He really had to pull his weight as an individual. That is the sort of experience he wants to have from here on as a member of Kodo. To stand as a solo artist creating something together with the group.

“Kodo One Earth Tour 2014: Mystery” is on tour in Japan from May through July & September through October.