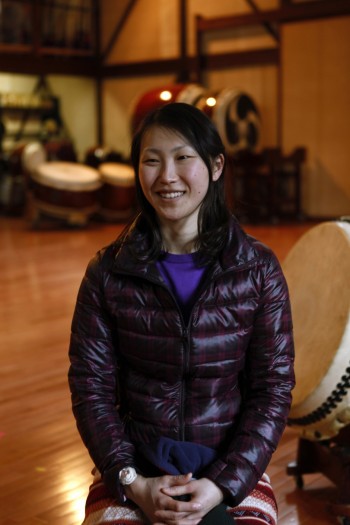 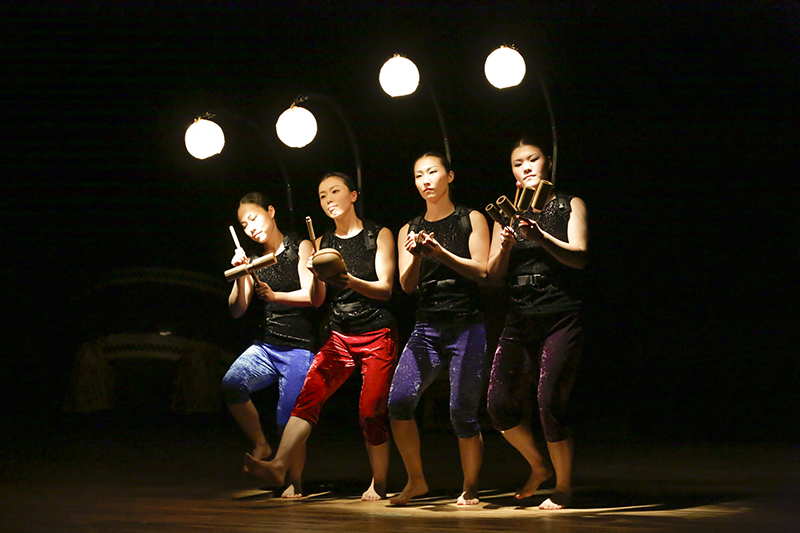 I think we have succeeded in creating an air of mystery in this performance. You don’t know what is going to appear next. There is an element of excited anticipation. So many different things appear. The lighting is dim, and we do so much just by the light of paper lanterns. This leaves space for the audience to use their imaginations, perhaps even to feel a touch afraid.

Also in this production there are quite a few places where we are going for laughs. This has been a new and great challenge for us. You have to get the timing just right. Another feature of Mystery is that so many young members are involved. We have newcomers who have just joined the group. I am 27 but I am the fourth oldest member! So we have much to learn that has nothing to do with taiko, but in the end everything we learn comes back to our taiko playing. 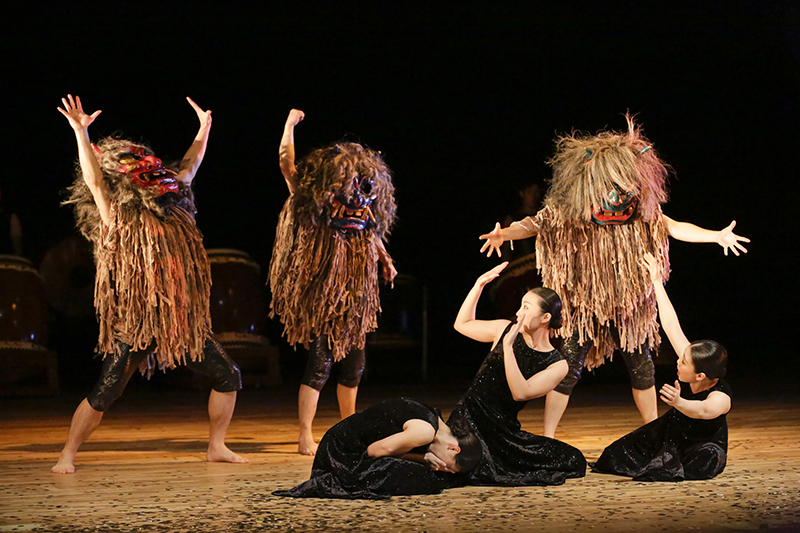 As for working with Tamasaburo, he places so much stress on atmosphere. Not hard facts. When he describes a rhythm he doesn’t use the traditional sounds for describing various beats like ‘Don-doko’, ‘Kara-kara’ or ‘Ten-teke’ but instead he will say something like:

This sometimes makes things difficult but also very fresh. Where we would normally expect a crescendo here or a place to take a breath there, he will have it somewhere else. But when you finally get it the way he wants it, in the end it does sound natural. I think it is because he is always thinking of what the audience hears, from their point of view, whereas we have normally played so it sounds best to the players. There were probably many occasions in the past where it sounded great to us but if you were to have walked around and hear it from the audience you couldn’t tell who was playing the solo for instance. You might have only heard a cacophony. Appearing on stage with him in “Amaterasu” was great. I learned so much. For example, his movement. Even if he is simply walking he changes the very air around him, the whole atmosphere. He has extraordinary presence.

I feel he has affected my whole stance towards the stage. I approach performances far more earnestly, with more intensity. As if being there is the only thing that matters. 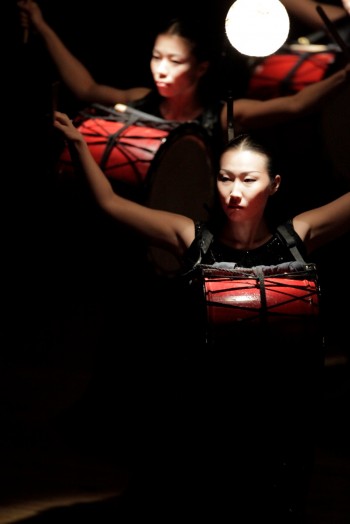 After each performance of Amaterasu he gave us quite detailed notes. But when he directs he also gives you a sense of ‘You can do it!’ One has to feel open when you are on the stage. He gives you permission to feel free. He is always encouraging young players to grow. It is like he is stretching you from above. He makes you feel as if you can achieve more than you ever thought you could.

Kodo One Earth Tour 2014: Mystery is on tour in Japan from May through July & September through October.
http://www.kodo.or.jp/oet/index_en.html