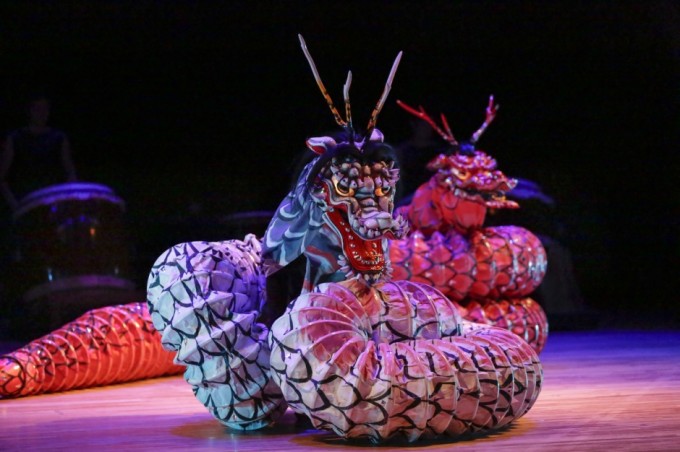 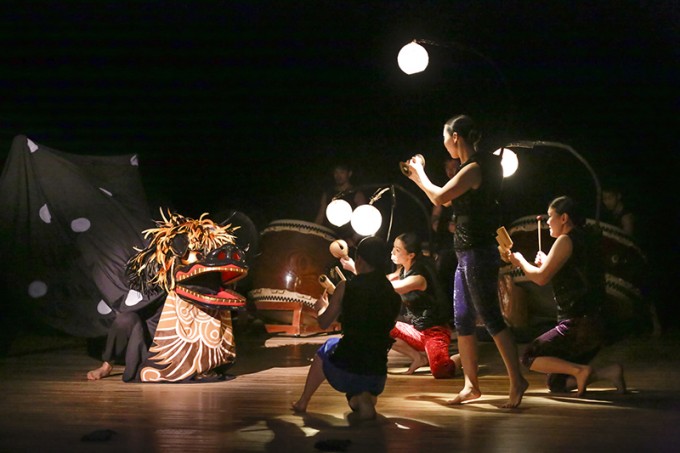 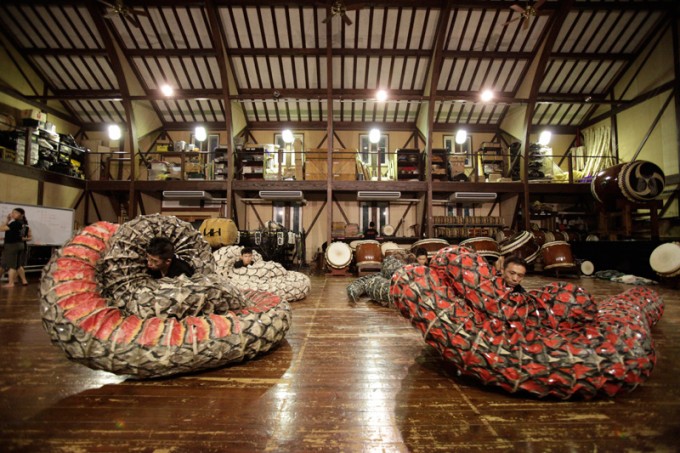 Rehearsals for the serpent dance at Kodo Village Rehearsal Hall

The opening scene offered viewers an intriguing coincidence. This piece, Jamai, is based on Orochi, the Great Serpent Dance from Iwami Kagura (Iwami: a region, the west part of Shimane Prefecture/ Kagura: dance and music for the kami, or deities). This dance was created for the stage in 2013, the year of the serpent according to the Chinese calendar. After Tamasaburo assumed the role of artistic director, the members of Kodo began developing their individual skills across a wider scope of stage culture. Tamasaburo strives to push Kodo further, where each performer is capable of playing a wider variety of percussion and other instruments, as well as honing their own dancing and taiko prowess.

“The members of Kodo are due to drum wholeheartedly,” Tamasaburo said, “Their sound should truly resonate. Then I would like them to hone their skills as stage performers. To be a fine performer, each of them has to discover their own special role in the group. It is not enough for them to drum passionately and appeal to the audience. Each member must play superbly, yes, but they must move aesthetically, as well.” 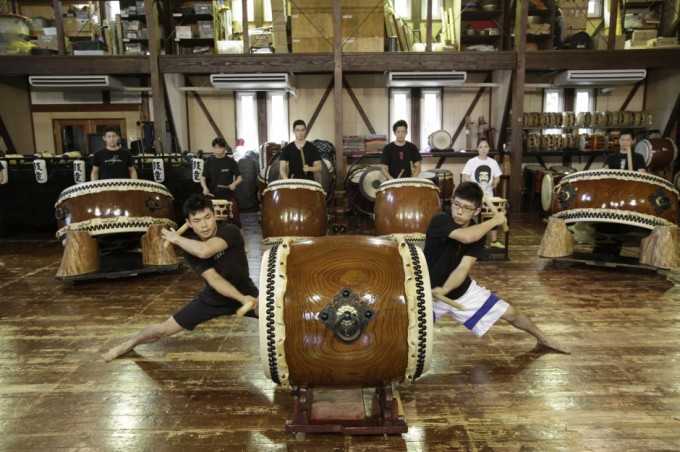 As a Kabuki actor specializing in female roles, Tamasaburo had to cover all sorts of characters, ranging from a princess to a courtesan, he says. “I would like each Kodo member to take on different artistic challenges and explore the talents that lie hidden within themselves. That is how they will become  world-class professional stage performers.” Tamasaburo normally does not impose his ideas on the members. He teaches fundamentals such as techniques for breathing and moving the body. He respects the spontaneity of individual members in the hopes that he or she would work proactively with the awareness of a performing artist.  Mr. Takao Aoki, one of the heads of the Kodo Group, said that Tamasaburo has a unique way of guiding Kodo members: “He deals with each individual in such a sincere and appropriate manner by understanding their potential abilities. This resulted in many members making dramatic progress and maturing into a stronger presence onstage.  There are a wide variety of taiko sounds in Kabuki theater. I hope that the Kodo can absorb what Tamasaburo has built up and accomplished through his Kabuki career and discover a new frontier in the taiko arts.”