Kazuaki Tomida has arrived on Sado to begin rehearsing for his performance with Yoshikazu Fujimoto at EC Theatre next month. 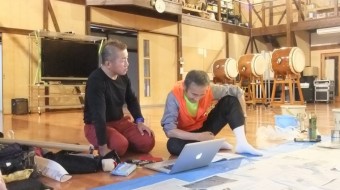 Upon his arrival, he began creating some items to use to decorate the theater. After discussing what elements to include, Yoshikazu Fujimoto first drew a picture and Tomida then wrote the text. The completed curtain will greet their audience on the day of the performance. 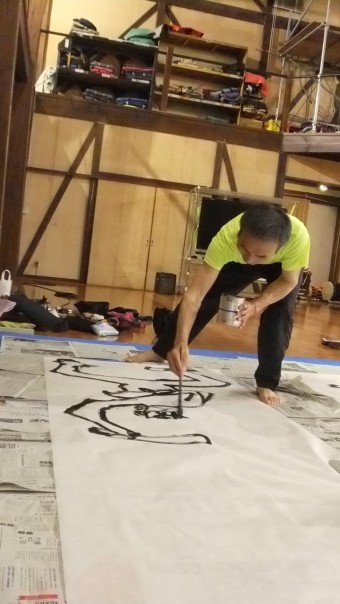 “Fujimotomida” made its debut performance last year at Tiara Koto in Tokyo. During their practice, it’s hard for me to tell where their discussion time ends and their performance practise begins…

Their earnestness is impenetrable as they rehearse. Their rehearsals are extremely serious. 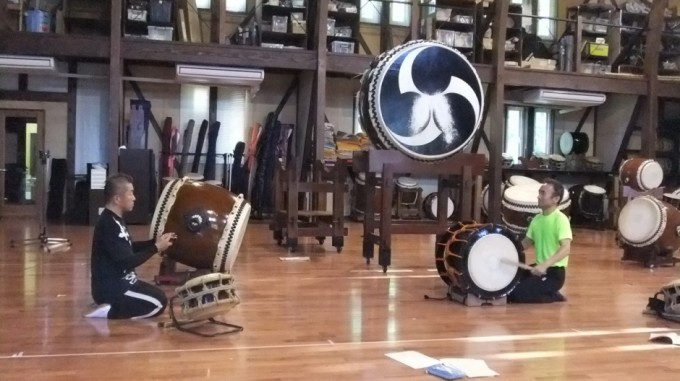 Mr. Tomida says that he has chosen his favorite “Yoshikazu pieces” for this performance. With one month to the performance date, the artists are holding on to every discovery they make.

Follow Kazuaki Tomida’s blog here for more about this rehearsal: (in Japanese)

Tickets are on sale now!

If advanced tickets sell out, there will be no tickets available on the day of the performance, so don’t delay! Reserve your seat today!