“Soaring into September after an Inspiring August” by Tomohiro Mitome

Hello everyone. I hope that you are all well.

August was action-packed for all of us at Kodo with countless rehearsals, Earth Celebration (EC), and our local festival Ogi Minato Matsuri. This particular intensity tires us in different ways than we experience while we are on tour. But just by being on Sado, we are constantly being soothed by nature, so while it is hectic, it is also an important time for us to reset and refresh ourselves before our fall tours. 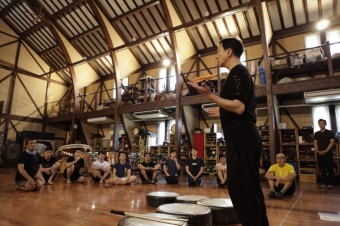 In early August, we had rehearsals for our upcoming production, “Kodo One Earth Tour: Chaos,” that will premiere in November. We are receiving advice from drummer Tetsuya Kajiwara as we create this work with our artistic director, Tamasaburo Bando. 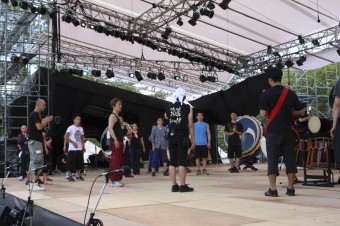 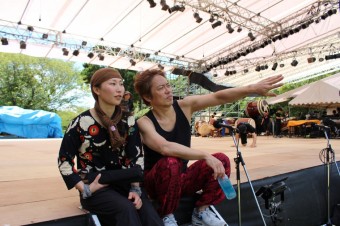 From mid-August, we moved into our rehearsals for Earth Celebration, where we have three Shiroyama Concert performances over three days. We welcomed Leonard Eto (Leo) to Kodo Village to rehearse for the Day 2 performance, “Honeymoon,” and the Day 3 finale, “Shukusai / Celebration.”  Leo also helped us prepare for our collaboration with Balinese guest artist Suar Agung, worked with the Kodo members to create new music, and even taught the younger Kodo members about all kinds of things on their days off. The Kodo members learned a lot and were so motivated by Leo every day. Leo was a Kodo member in the early days of Earth Celebration and he composed the iconic Kodo pieces Zoku and Irodori, so it was a precious chance for all our members to hear his thoughts on EC, the background behind those pieces, and to talk to him about the groove, stage set up, and ways of arranging those pieces on stage. It was an intense, fruitful time for all involved.

Incidently, it is undeniable that Leo is the person who made playing katsugi okedo-daiko so popular. He is also the reason that playing hirado-daiko became so popular. 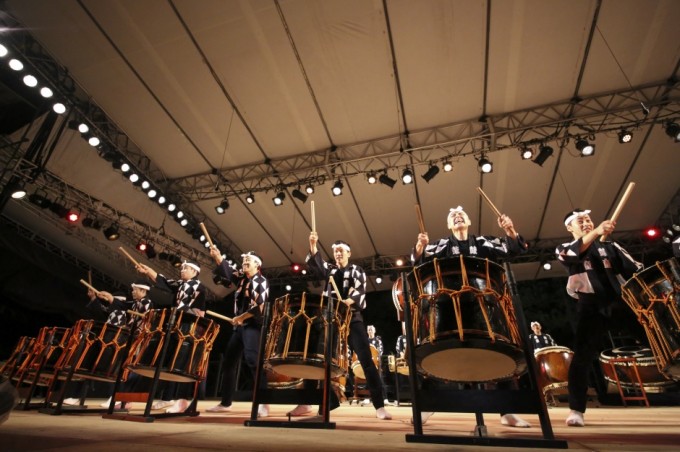 On the first day of EC, which was rainy, we gave an all-Kodo performance directed by Tsuyoshi Maeda, entitled “Kodo Night.” It is rare for thirty-three of us to appear on stage together and something that is only possible once a year here on Sado Island. 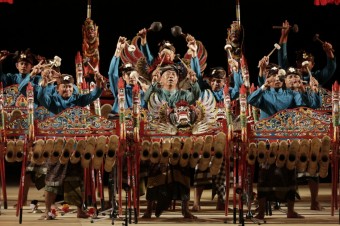 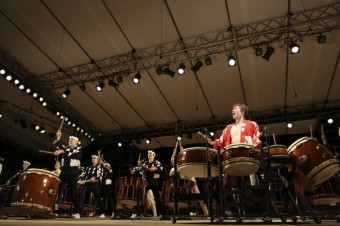 For me, the second half was a programme that brought back great memories of Leo’s artistic direction. How we set the scene on stage, the solos, ensemble pieces, and taiko, taiko, and more taiko. The programme really grabbed the audience and drew them in, as did Leo in his red Kodo coat! 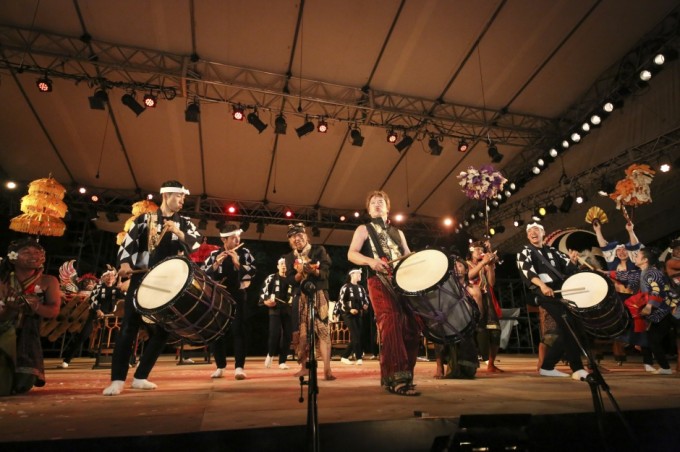 The final concert, “Shukusai / Celebration,” was directed by Mitsuru Ishizuka. All three artists came together for an energetic, electric finale.

It had been a few years since we last welcomed a guest artist from overseas to the Shiroyama stage, so it was the first time for many of our youngers members to experience an international collaboration. It was such a great chance for us all to experience these collaborations together, to get caught up in a whirlpool of sound, and stimulated in new ways. Thank you very much to everyone who joined us at EC for these concerts!

This year marked the end of an era for Earth Celebration, which will no longer be centred around concerts at Shiroyama Park. However, EC will continue and next year’s festival will take place from Aug. 26 through 28, 2016. Details about the new look EC will be announced in May 2016. In 2017, Earth Celebration will celebrate its 30th anniversary, so we are already looking forward to celebrating that milestone with everyone. 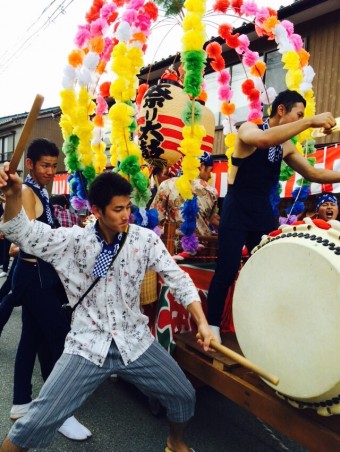 At the end of August, on the 29th, we took part in our local festival, Ogi Minato Matsuri. As a festival taiko group, we pulled a taiko cart around the streets of Ogi, going from door to door playing taiko to show our appreciation to the town and all its people. It’s a special occasion where we get to take part in a local festival and various performing arts as locals.

From September, the “Eternity” tour and the “School Workshop/Interactive Performance” tour are back on the road and touring throughout Japan. Here on Sado, we are preparing for the Special Performances in Shukunegi centered around our distinguished members, which will be held Sep. 19–22.

See you all somewhere soon!