“Kodo Heartbeat Project: Lest We Forget” by Tomohiro Mitome

Hello, everyone. This is Tomohiro Mitome, leader of taiko performing arts ensemble Kodo.

It’s November now and autumn is at its peak. It looks great here on Sado Island, Kodo Village is adorned with yellow and red leaves all around. Both the “Kodo One Earth Tour: Mystery” cast & crew and the ”School Workshop Performance” tour, which started last November and toured simultaneously over the past year, have completed their long journeys and safely returned home to Sado.
Now, everyone is rehearsing at Kodo Village to prepare for our new production “Kodo One Earth Tour: Eternity” and a newly directed “School Workshop Performance” programme.

This month, I would like to talk about the upcoming “Kodo Heartbeat Project” performance at Aore Nagaoka in Nagaoka, Niigata, on Nov. 30. 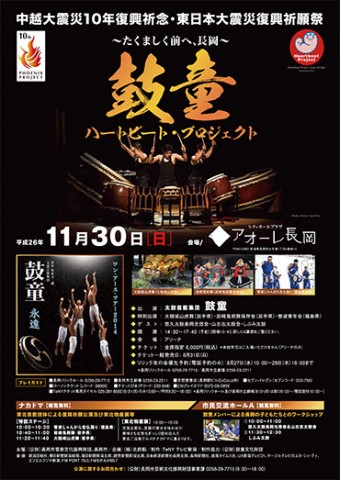 Ten years have passed since the Chuetsu Earthquake. To pray for the area’s continued recovery from this disaster, and for Tohoku’s recovery from the 2011 Tohoku Pacific Earthquake, this November Kodo will visit Nagaoka to perform a special version of “Kodo One Earth Tour: Eternity,” hold school workshops, and collaborate on-stage with three specially-invited performing arts groups from the Tohoku area.

One of the groups from Tohoku is Shiroyama Toramai (Shiroyama Tiger Dance) from Otsuchi in Iwate, who we met when we performed with them at “Nanako Matsuri – Fuyu no Jin” last December. I recently visited them in Otsuchi to prepare myself for our Nov. 30 collaboration. 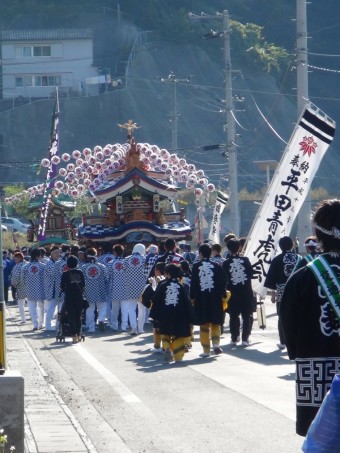 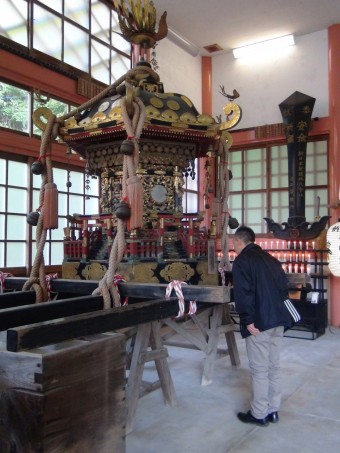 Left: Performing arts groups from each district lead magnificent festival floats through the town during “Kamaishi Matsuri.”
Right: Taking a close look at a float built in 1699 in Ozaki Shrine.

During my stay, it was the festival season in Otsuchi’s neighboring town, Kamaishi, so I was able to see the tiger dance being performed at an actual festival.
Also, I went to see the current state of the disaster area. 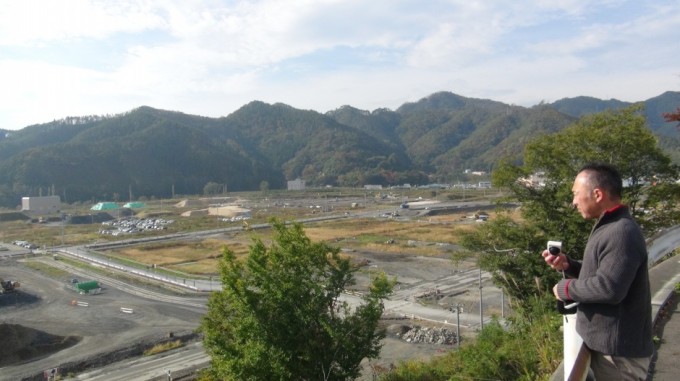 I only visited Kamaishi, Otsuchi, and one part of Rikuzentakata, but I could see that they are still a long way from recovery from the disaster. As times goes by, I think that many of us tend to forget about the region. There are some places where you can see signs of recovery, with new buildings being constructed and the roads and land being repaired. But right next to those places, there are places which have not changed at all since March 11, 2011, and there is still so much temporary housing in every area. 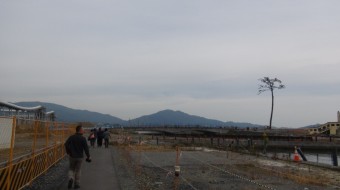 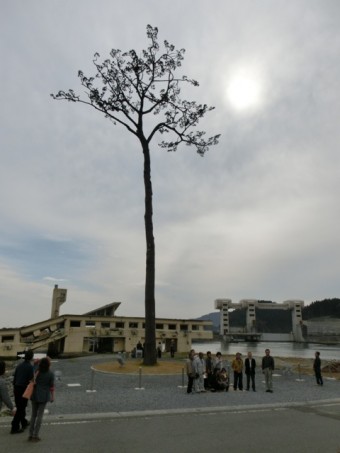 The “Miracle Pine” in Rikuzentakata

I have heard of many performing arts groups along the coast, in Iwate and other prefectures, that were greatly affected by the disaster; many people lost loved ones, and some groups had their festival equipment all washed away by the tsunami. While many groups can not continue to uphold their arts, a few of them are on the way to recovery. My visit to Iwate was an opportunity for me to realize that their festivals and performing arts really do give them the power to go on, to live. 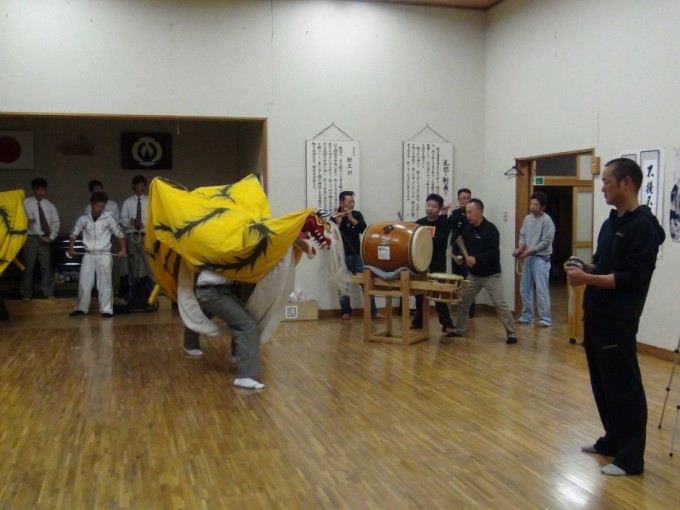 The Toramai (tiger dance) members taught me during their regular practice session. Many school-aged youngsters also took part in the practice.

In September 2013, the members of Shiroyama Toramai declared that they would resume their activities and have been giving numerous performances, performing the tiger dance and music with all their might to move and energize their audiences. On Nov. 30, I will perform with them with all my might, too, as one of their members for the night.

For this “Heartbeat Project” event, we will also be joined by two Tohoku performing arts groups who teach Kodo: Iwasaki Onikenbai (demon sword dance) from Kitakami, Iwate, and Suganami Jangara Nenbutsu from Iwaki, Fukushima. Both groups have been performing far & wide to help relief efforts and the people of the affected regions, to encourage people in Tohoku, and to share the “heart of Tohoku” with people nationwide.

Our “Kodo Heartbeat Project” performances in Nagaoka will be a very special day when you can see our brand new production as well as collaborations with performing arts groups from Tohoku.
We hope to see you there and thank you in advance for your support!