“On Tour with ‘DADAN’ in Brazil” by Maya Minowa

On Tour with ‘DADAN’ in Brazil

Kodo is back in Brazil for the first time in eight years. The opening night of the “DADAN 2016” tour was held at Teatro Alfa in Sao Paulo. 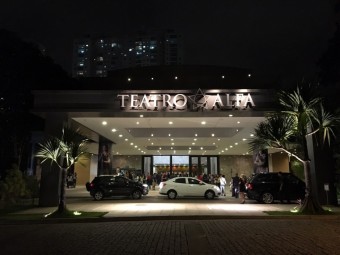 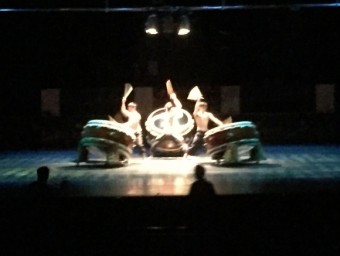 Eight years ago I saw Kodo here and it was that performance that led me to join Kodo. It was at this very theater and on the same stage. When the “DADAN” performance began, I slipped back in time to eight years ago and I couldn’t take my eyes off the stage. 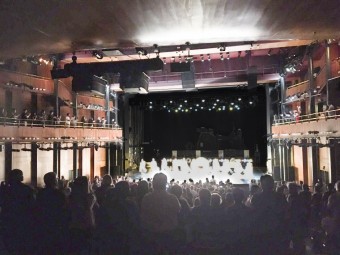 The reaction of the Brazilian audience was just like last time. Kodo received a full standing ovation and everyone was so excited. 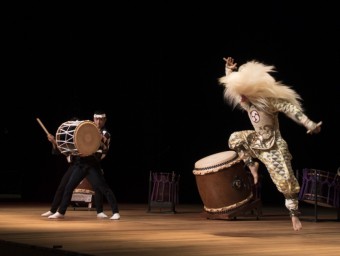 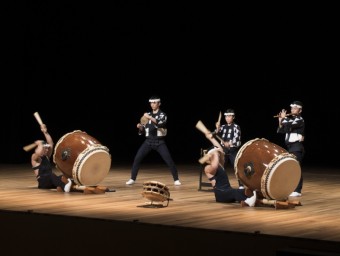 Before the opening night of “DADAN,” we gave a smaller-scale performance in Rio de Janeiro with a cast of five, including myself. We presented a programme that shared Kodo with the audience in a clear way by featuring introductions about Kodo and the Kodo Apprentice Centre, as well as some information about traditional Japanese culture. 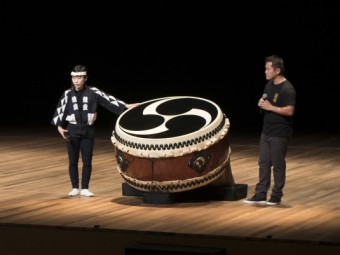 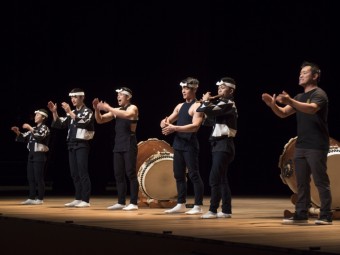 I took on the challenge of speaking Portugese as the MC! The whole cast did their best to introduce themselves in Portugese, too, which I think brought us much closer to the audience. The one hour performance flew by! 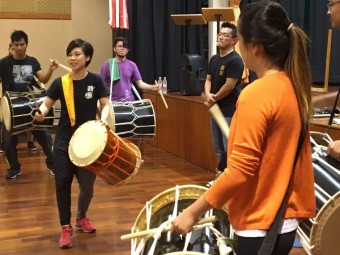 Taiko is really popular in Sao Paulo and I led a workshop there for experienced taiko players. The participants had such a pure, eager look in their eyes. I was reminded of the passion that people in Brazil have for taiko, all the way over here on the other side of the world from Japan. What I was able to share with them was the importance of the sound of every single beat and how fun it is to create a groove with others. It was a very bountiful four-hour workshop. 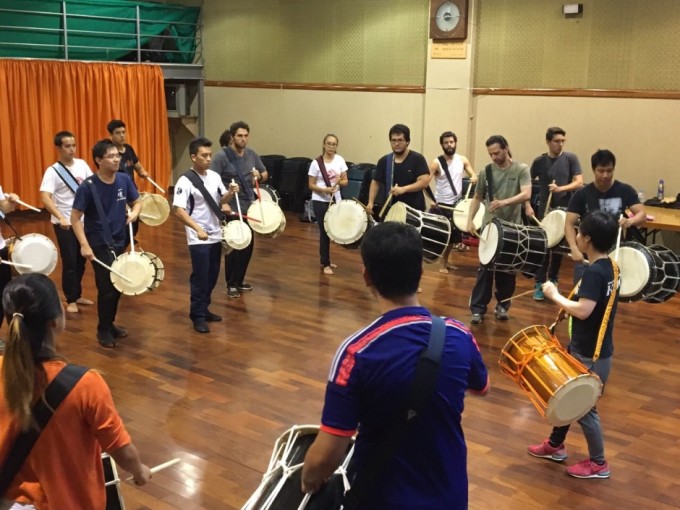 Surrounded by the sound of Brazilian taiko for the first time in eight years, I could feel our “common language,” beyond any language barrier, and the unique timing we share when we reunite and play taiko as a team, as one. I recalled my original intentions and felt the significance of continuing on my path with taiko.

When I was in my second year as a Kodo apprentice, Yoohey Kaito from Sao Paulo was a first year in the Apprentice Programme. Yoohey is helping Kodo as an interpreter on the 2016 tour and he is such a huge help with so many other things related to our performances in Brazil this year, too.

Now we are off to Rio de Janeiro for “DADAN” performances there. The “DADAN” team will do their best to leave the sound of Kodo resonating here in Brazil, on the other side of the world from Japan. 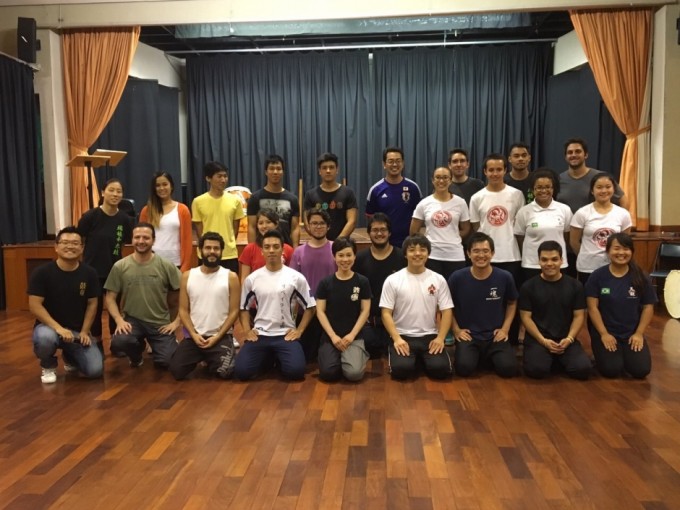 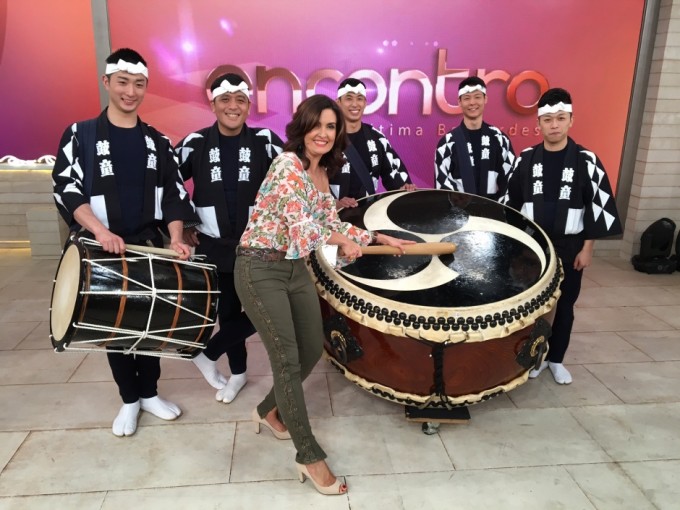 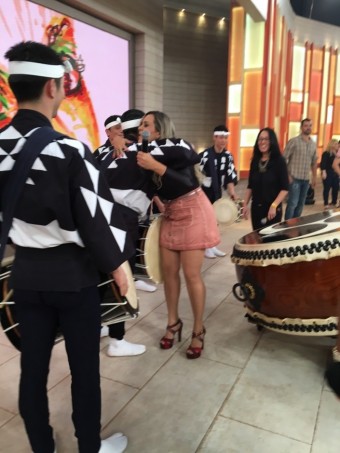 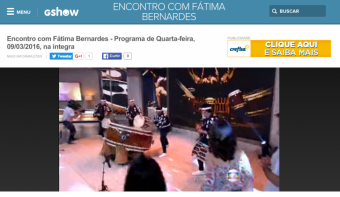 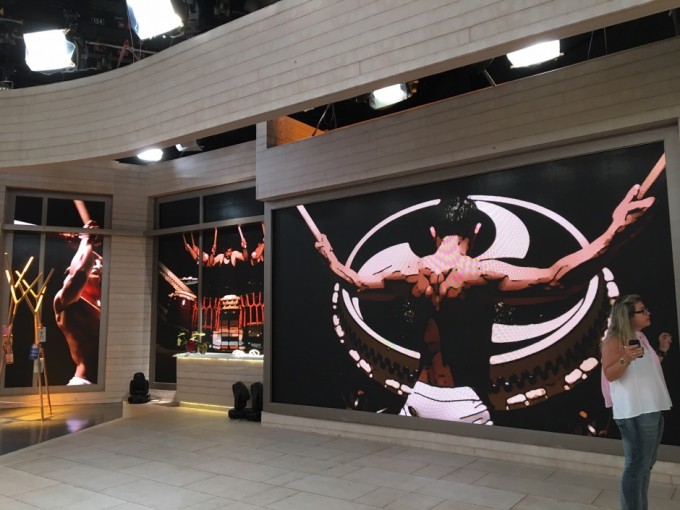 The last time Kodo toured in South America was in 2008.

Kodo continually evolves, so we look forward to sharing our dynamism and strength with Brazil this year! 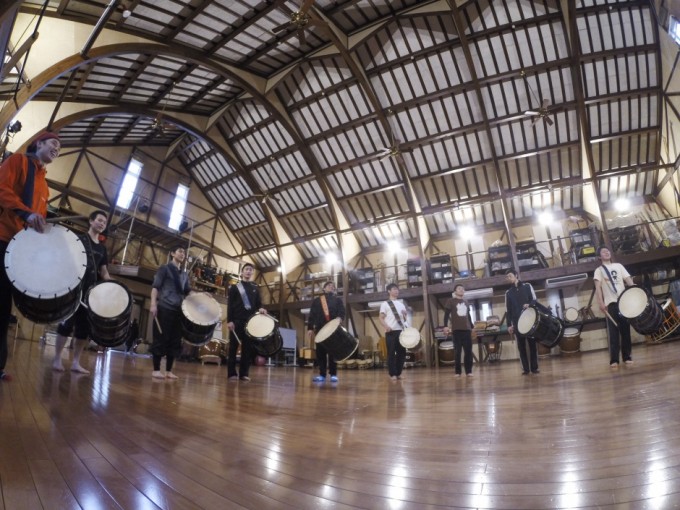 This will be the South American premiere of Kodo’s “DADAN,” performed with passion and energy by eleven powerful male performers. The cast, featuring veteran performers and brand new members, has been rehearsing relentlessly for this tour. 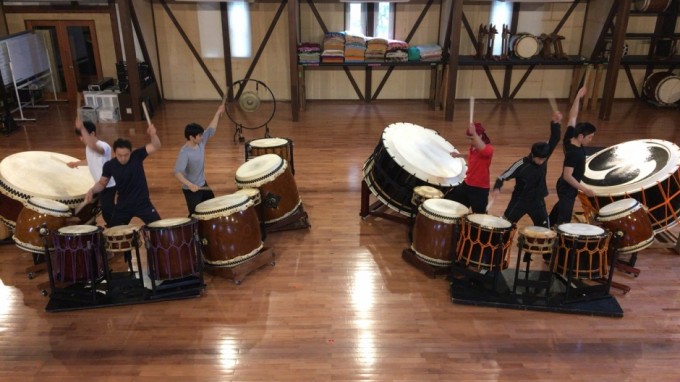 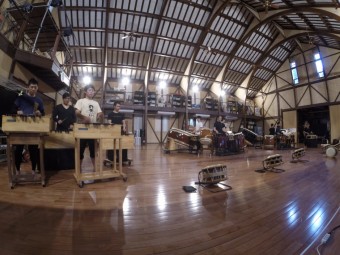 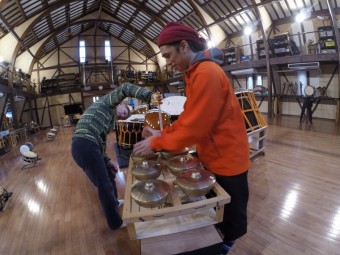 We are all sincerely looking forward to seeing everyone at the theaters in Brazil. Tchau!