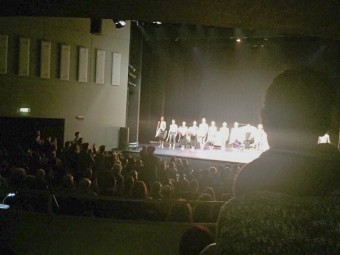 From February 5 through 7, we gave three “Mystery” performances at Triennale Teatro dell’Arte in Milan, Italy. Thanks to their wonderful support, all three performances welcomed full houses! 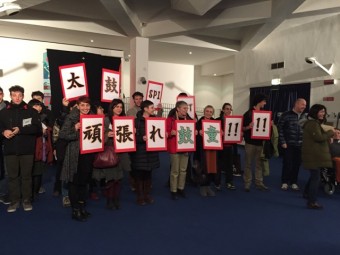 Many of the venues on our Europe tour are concert halls, so the members were excited to perform in Milan at the first regular proscenium theater of this tour. People of all ages came to see us in Milan and I think they all enjoyed the “Mystery” production and the energy in our performance. 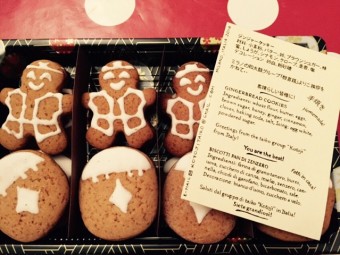 We received these homemade ginger cookies from a local taiko group. Thank you very much! 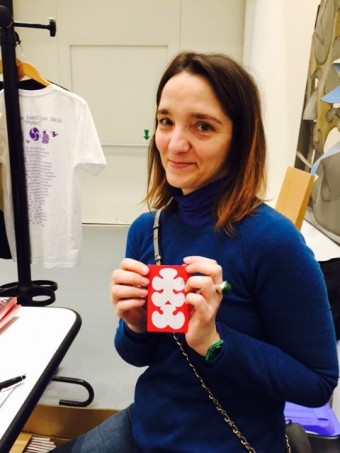 The Milan concerts were our first full-house performances of the 2016 tour, so to celebrate we gave red “full-house” envelopes with Japanese postage stamps inside them to the presenter, Change Performing Arts, and the theater staff. (It’s a Japanese tradition.)
We are already looking forward to our next chance to visit Italy again!