Eight members from the Year 32 (2013-2014) class graduated from the Kodo Apprentice Centre on January 17, 2015, having completed our 22-month-long apprentice programme. 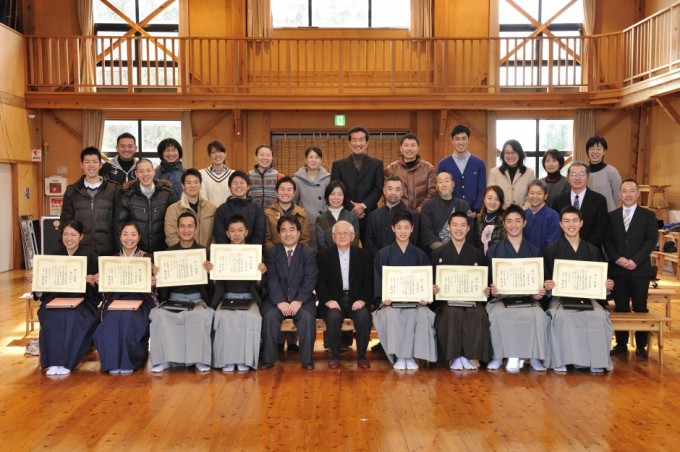 When they entered the programme, there were 12 apprentices in their class, but 5 of them left after a year and the remaining 7 members advanced to the second year of the programme. In June 2014, an apprentice from the year above them, who took time off due to an injury, returned to continue his studies. The eight of them, with unique personalities that inspired each other, worked diligently to grow as individuals.

On this final day, they expressed their gratitude for all of the encounters & experiences made possible by their time at the Apprentice Centre. They ended their apprentice life with one last performance together, as a team, showing us their sense of unity.

Now, they will set off on different paths, but I hope that what they experienced here will become a foundation, source of confidence, and something that they will treasure for the rest of their lives.

Thank you very much to all of you who loved and encouraged these young apprentices over the past two years.