“Kodo Appearance at ‘2015 Taiko Festival in Oumi'” by Tomoe Miura 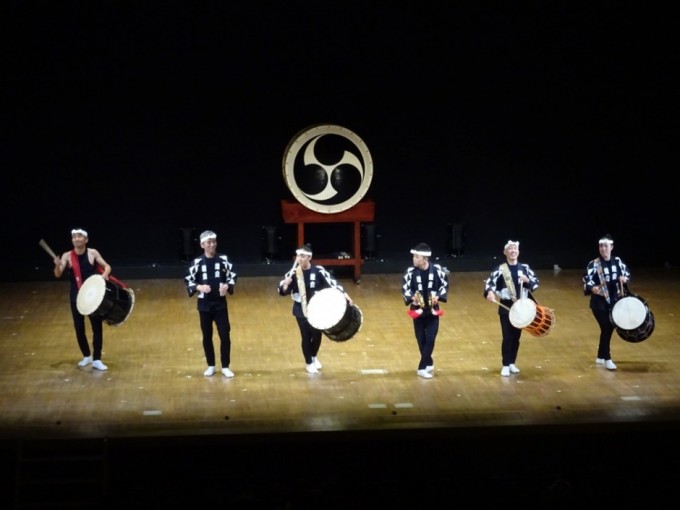 This year Echigo Oyashirazu Taiko, a local taiko group in Itoigawa, Niigata, is celebrating its 20th anniversary.
Kodo was invited to join them for a special performance to commemorate their milestone year. 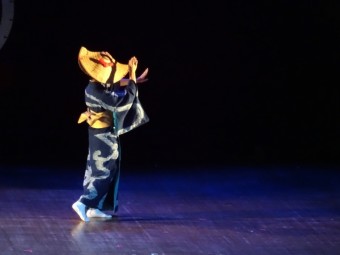 Around 50 people took part in the performance, ranging from elementary school children to adults. All of the performers took the stage for the finale to play a festive piece together. It was my first time to perform with other taiko groups and I offered them my sincere congratulations by performing from the bottom of my heart. The whole theater was filled with so many smiles and such loud applause. 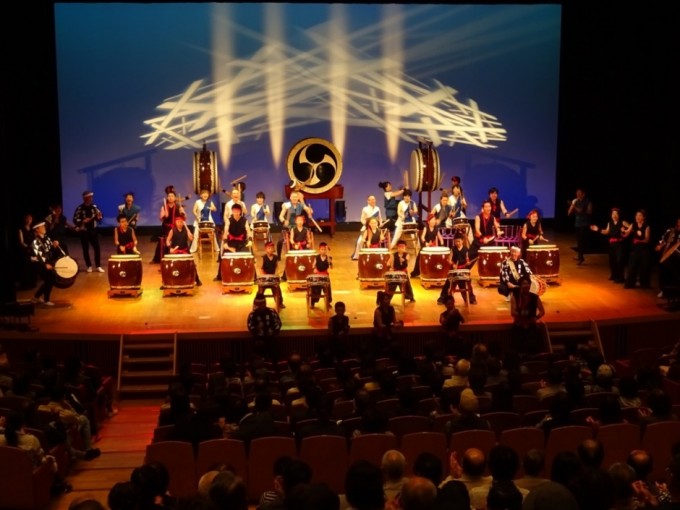 The elementary school children, who belong to a group called Koshirazu Taiko, performed with all their might and the adults performed with such power. They all had such wonderful smiles. It was such a special occasion and I am so grateful that I got to take part in it. Thank you for having us, Echigo Oyashirazu Taiko! I wish you and Koshirazu Taiko all the best for your future activities!