May 3–5 Voice Camp in Wachi

For the first time in 19 years, I led a live-in workshop! This 2015 workshop camp was presented by Wachi Taiko, who are based in (my husband/Kodo member) Yoshikazu Fujimoto’s hometown. The workshop took place amidst the beautiful, colorful spring surroundings of violet wisteria and green foliage. 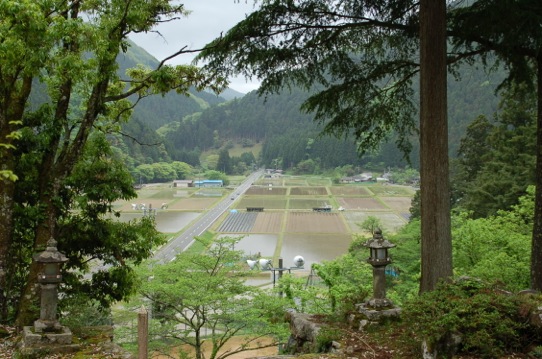 I wanted the participants to enjoy the Wachi area in many ways, so I had asked our facilitator, Mr Fumitaka Ideno, to show me around various spots and together we decided the places we would visit. During the camp, we enjoyed and cherished the echoes of our voices, sang together at those spots, and the participants and I had three days full of excitement and fresh energy. 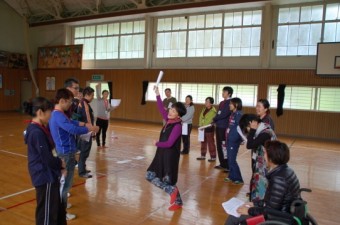 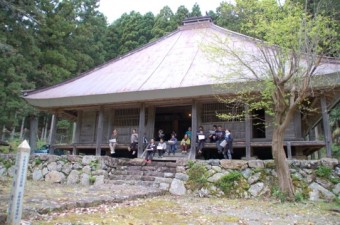 The workshops took place at the gym of a former elementary school, the lodge at the camp site where we stayed, a temple dedicated to Kannon, which was established in the Muromachi Period (early 14th to late 16th century), and the early-morning mountainside of Mt. Choro. 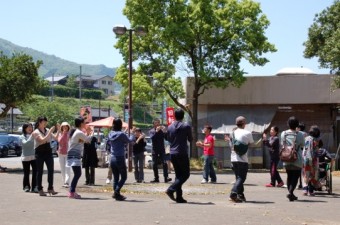 Before we said our goodbyes at the end, we shouted, “Thank you! WE LOVE WACHI!!! We’re cheering you on!!!!” to the mountains, river, and the people of Wachi. Not many people were there at the roadside rest area, but we sang together at the top of our voices. 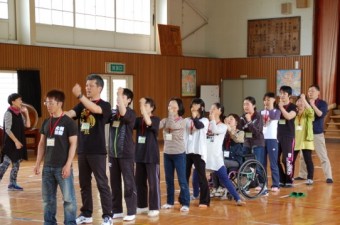 13 participants and 3 staff members gathered for the Voice Camp. Among the participants, we had a former Kodo Apprentice, a wheelchair user (who came alone), a woman who moved from Kyoto to the Wachi area and is now involved in agriculture, and a student who learns the shinobue (Japanese bamboo flute) from Miwako Mori*… actually many of them were involved in education in some way. They gathered in Wachi from Kyoto, Hyogo, Tokyo, Nagano, Okayama and Osaka. On the night of the first day, I held a mini concert for the participants, and I was pleased that Miwako popped in as a guest. Thank you, Miwako!

*Miwako Mori is a shinobue player who collaborates regularly with Kodo’s Motofumi Yamaguchi. 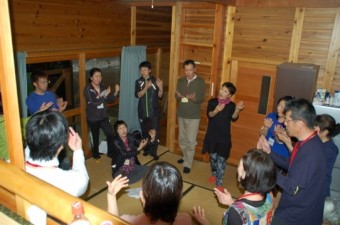 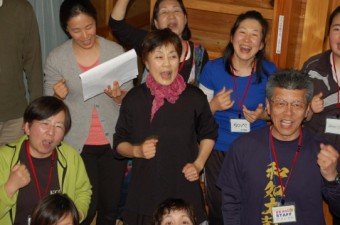 As for the workshop content, this time I incorporated a special time to share the power, beauty and importance of pronunciation of Japanese for the first time. The participants particularly showed their curiosity towards “Hifumi Norito” (words and prayers used by worshippers to a deity) and we spent a lot longer working on it than I had expected. I was pleasantly surprised and pleased by that!

I must admit I was worried about whether the camp would go well or not, since I hadn’t led one in quite a while. However, I let myself go with the flow, surrounded by nature, and it turned out to be three days of wonderful, fruitful encounters. 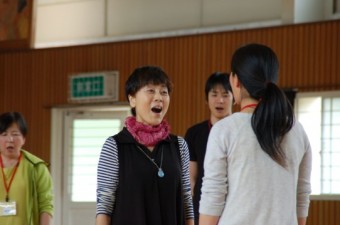 To all members of Wachi Taiko, thank you very much for looking after us. Let’s have another Voice Camp together!