It is now 2016, a milestone year for Kodo in which we celebrate our group’s 35th anniversary. 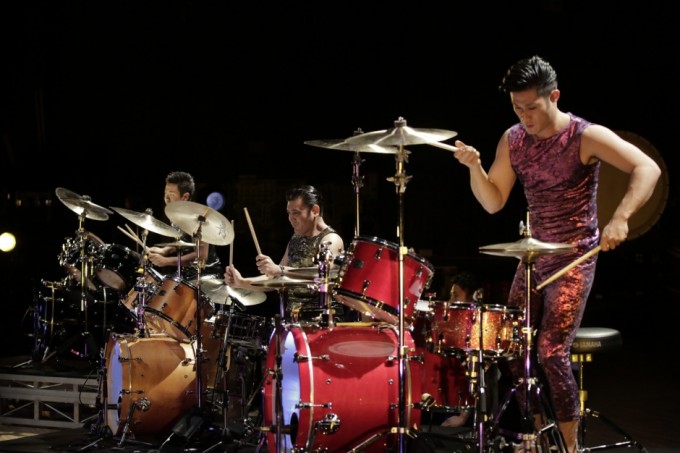 This past year flew by, and when I look back I remember an array of powerful performances: “Mystery,” “Michi,” “Eternity,” “Amaterasu,” “DADAN,” and “Chaos.” I also think of the “School Workshop Performances” and “Special Performances on Sado Island,” as well as various collaborative efforts such as “Earth Celebration,” “Mono-Prism,” the ballet “Kaguyahime,” and our performances on the Indonesian island of Bali. 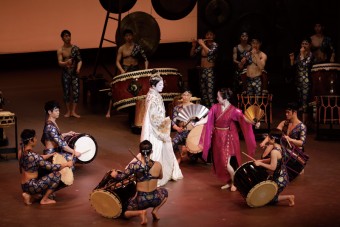 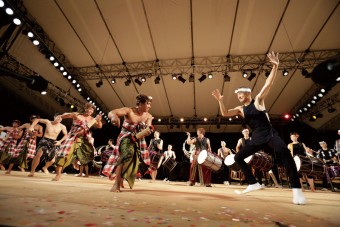 In “Chaos,” the fourth production by Artistic Director Tamasaburo Bando, we were challenged to explore new forms of expression such as incorporating three drum kits into our performance. By learning and experimenting, we felt the inevitable need to understand ourselves on a deeper level. Through this production, we were able to gain a true sense of just how far Kodo’s stage expression has evolved.

During our rehearsals for “Chaos,” Tamasaburo told us: “I always give my all in every moment. I concentrate on right now, and I still do. By always giving my all ‘right now,’ time has flown, and here I am today.” Hearing a man like him say this — a man who has spent over half a century in the performing arts — made me realize once again that Kodo must practice complete devotion to each and every moment. The sound of our taiko must resonate even further as we face the future — fifty years from now, one hundred years from now, or beyond.

This year we have a wide range of performances planned, including both new works and encore tours. We will seek new challenges through endeavors such as the Kodo Sado Island Performances in Shukunegi, three unique nights at Suntory Hall, “Spirited Summer” at Asakusa Public Hall, the “Kodo One Earth Tour: Spiral” performances, and a new look for Sado’s outdoor festival “Earth Celebration.”

As we reflect on Kodo’s mission statement and history, I hope that by experiencing our performances and feeling our sound, you will join us in the “now.” I look forward to that moment, and kindly ask for your continued support and encouragement.