I think it is important that our production goes well with the atmosphere of the theater. In Asakusa Public Hall, all the seats are close to the stage, from the stalls to the upper floors. Also, the hall is one of the best theaters acoustically for a Kodo performance. I can feel the passion of the people involved with the theater just by entering the building, and even when you set foot outside, you can feel that Asakusa is a place where the town is lifted by culture and where culture really thrives. 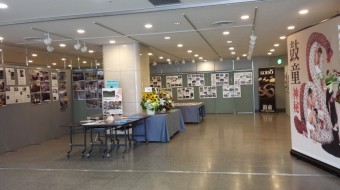 Kodo exhibition at Asakusa Public Hall in 2013. We are planning an exhibition for 2014, too.

We will have a Kodo exhibition again at the concert venue this year. Some of the local shops will have stalls at the venue, too. There will be so many things going on alongside the performances. We hope you will come and enjoy them all! 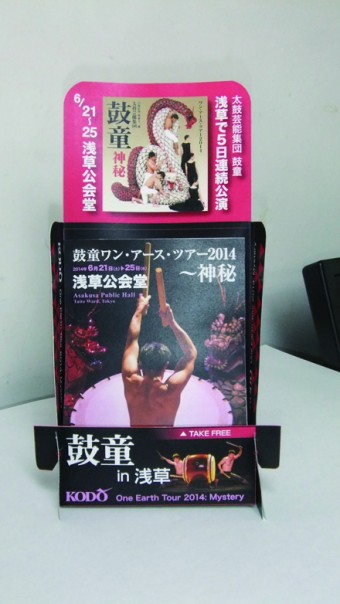 Postcards advertising our Asakusa performances are on shop counters throughout Asakusa. 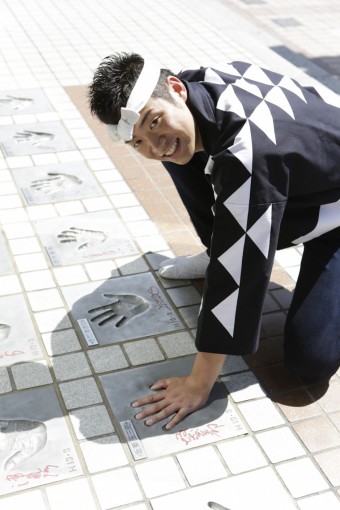 “Star’s Square” outside Asakusa Public Hall is a collection of handprints and autographs of famous entertainers, including our artistic director Tamasaburo Bando. Here is Yuta Sumiyoshi with Tamasaburo’s handprint.