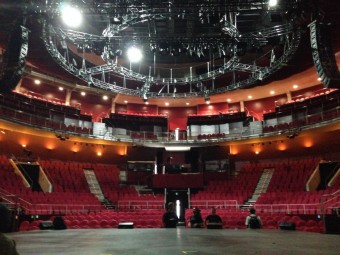 We, the “DADAN” cast & crew, came to Spain’s capital city, Madrid. The other day we were performing on an outdoor stage, so the mechanical atmosphere of this round theater is quite a contrast to that. The circular stalls section in the middle of the theater is apparently sometimes used as a stage for circuses and other events by taking those seats out. 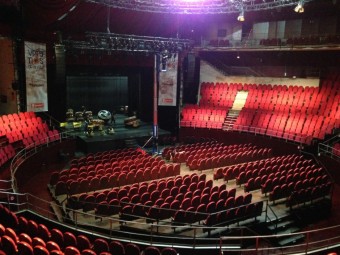 Compared to the other theaters we have performed at on this tour, the stage width and depth are somewhat smaller, so we had to arrange our instruments and the cast formations to suit.

The new members are doing their best to hang in there as we adapt to each different venue we encounter.
Over 1000 people joined us for our evening performance in Madrid, making for a very lively, exciting capital-city performance.