“‘DADAN’ in Tarragona” by Mitsuru Ishizuka 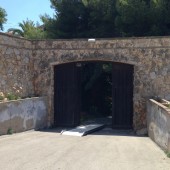 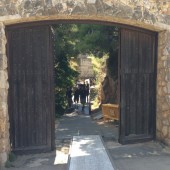 We came to Tarragona today, it took us two hours to get here by bus this morning.

Here is the entrance of the theater. What awaits us inside? 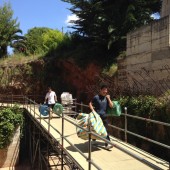 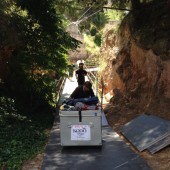 We were greeted by a loading route somewhat like a suspension bridge. We had to load all our equipment in along this route, ducking between the trees along the way. 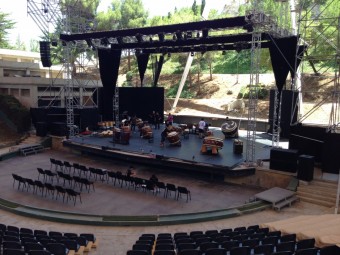 It took us all the way to this amazing outdoor stage! 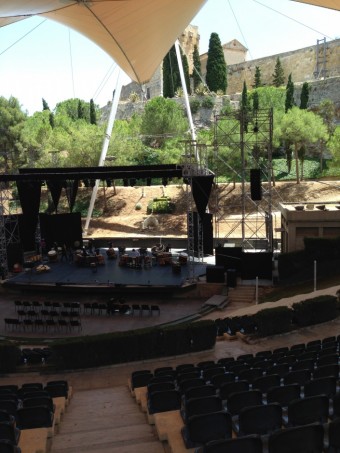 Behind the stage, you can see the castle-like walls of the city, which was built in ancient Roman times. Tarragona has been designated as a World Heritage Site and we get to perform in front of this gorgeous backdrop. 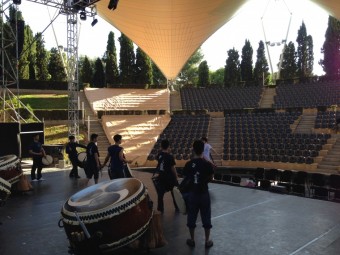 The junior members, for whom this will be their third performance, were stunned by this situation but they are doing their best! 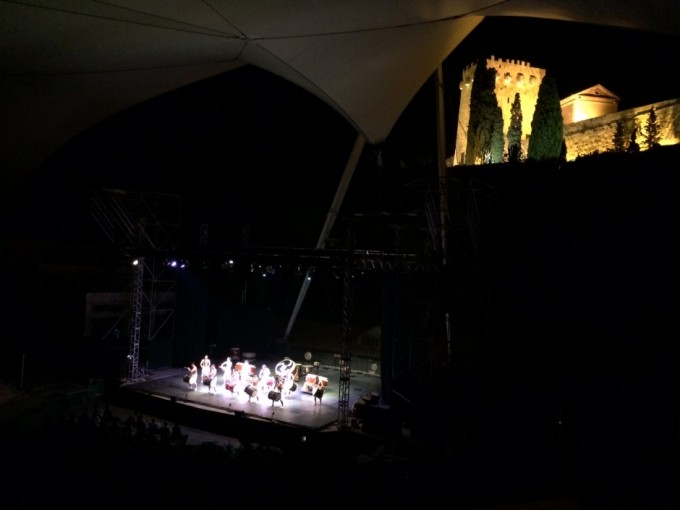 This stage is outside in the middle of the town, so during our rehearsal we heard chiming church bells, the sound of fireworks at a weekend event, sirens from police cars, etc, etc, and we were worried, wondering what sounds would ring out during our performance. But thanks to the audience’s superb concentration, we weren’t aware of any other noises at all. I was both appreciative and moved by this fact while I was performing. Thank you!

Tomorrow we have a day off in Tarragona.  I will go to see the World Heritage sites!