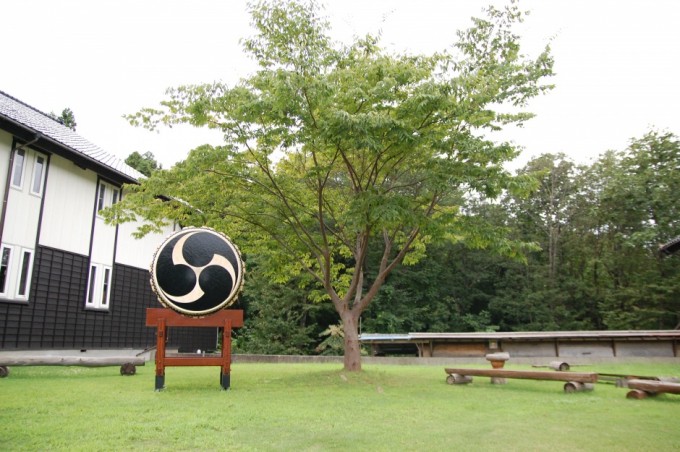 Hello, everyone! How are you?
We finished our two-month-long tours last month and we are currently rehearsing at kodo Village, preparing for our back-to-back August performances at Suntory Hall in Tokyo and at Earth Celebration on Sado Island.

Recently, Mr. Isao Tomita and Mr. Rokusuke Ei passed away, which meant two great losses for the Kodo Group. Personally, I barely had the chance to interact with either of them directly, but I know that the generosity and spirit that they gave to the Kodo Group is immeasurable and I believe that their “gifts” will continue to live and breathe within our group. 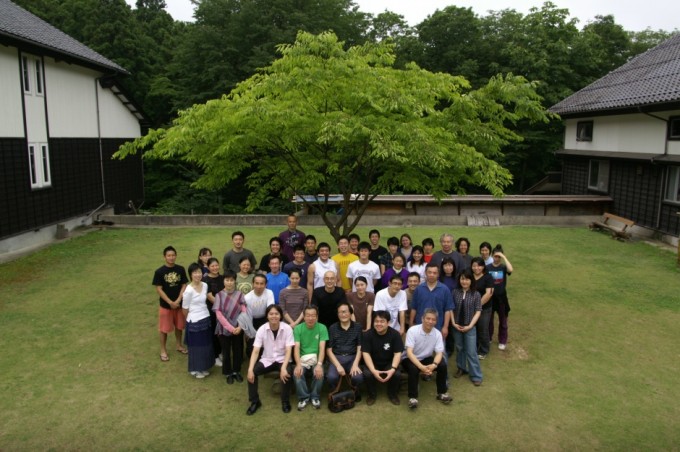 Group photo with Mr. Tomita during rehearsals at Kodo Village in 2008

Several years ago, when I was performing at a small theater with Kodo, the curtain rose and there sat Mr. Isao Tomita, smiling in the front row. After the performance, he came and talked to us candidly, happily sharing memories from the time he spent at Kodo Village during the recording of the album he made with Kodo. I also recall that he went on to tell us about his experience of the 1945 Mikawa Earthquake and how there was almost no aid due to the restrictions of the war at the time, nor was there hardly any media coverage of the disaster. At the end of 2015, we told Mr. Tomita that we would perform “Song of the Universe” at our 2016 concert at Suntory Hall, which he composed years ago during his stay at Kodo Village. He was so pleased to hear that and he even gave us some new revisions to make to the piece. Through the sounds he created, I can feel his heart and wonderful musicality. 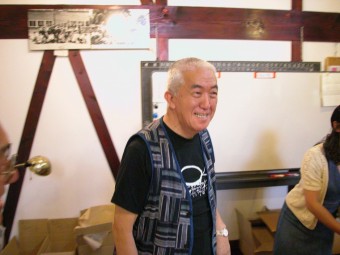 When I was a Kodo apprentice, Kodo held concerts called “Kodo de Asobo” and Mr. Rokusuke Ei was the MC for those performances. I remember that he got the apprentices up on stage with the Kodo members and special guests, and got the whole audience involved in the fun as he ran around the stage between everyone. He often came to Sado Island to attend our performances, too. When we tour, we often go to places that I think I would never have visited if it weren’t for Kodo, and it is invariably in those places where I learn many new things. Our tours are put into practice the advice of folklorist Tsuneichi Miyamoto, who told the founders of our group to go to the regional areas of the country, as far as radio signal reaches, and to report back to Tokyo through the radio waves what we found there. When I think about those words and our connection to Mr. Ei, a radio and television broadcaster, it makes me reflect on our tour and our hopes as we travel and perform all over Japan and the world.

Something that I feel that both Mr. Tomita and Mr. Ei have in common is their strong belief in what they see and experience firsthand, their keen perception of society, and the way they look at people with deep affection.

“The taiko that you play are beautifully crafted objects, so people can appreciate them sufficiently merely by looking at them. They are works of art.

So, I want you to be like that. Show your presence just by being there, without doing anything.

If you face the drums with that presence, you will realize that you cannot play taiko half-heartedly. Only by facing the taiko with the purity of child will you be able to play those drums properly.

When you have that presence, that purity, you will be ‘children of the drum.’

You will be Kodo.”

I sincerely hope that Mr. Tomita and Mr. Ei rest in peace.