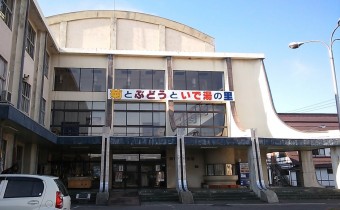 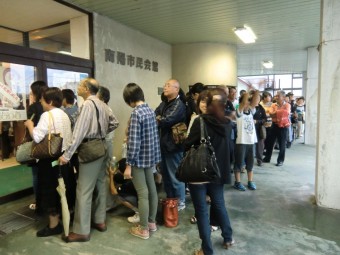 I am a member of Kodo’s staff and Kodo gave a performance on July 4th in my hometown, Nanyo City in Yamagata Prefecture. This venue has been holding concerts since the 80’s when Kodo began and it is going to close its doors for good soon, so we were invited there as their final event. They began with a Kodo performance and wanted to finish as they had started.

I have a lot of memories of this hall from when I was little and to see the Kodo members perform there, well it was like I was being shown how my past and present are connected. 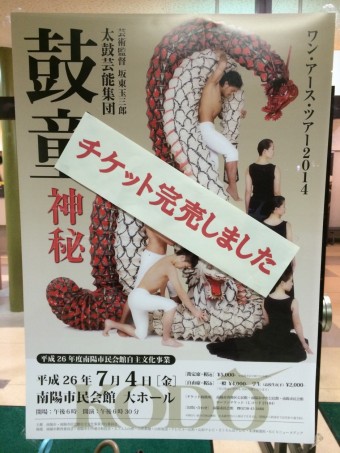 It’s a small town but the concert was sold out! I think it’s thanks to the great efforts of the hosting committee. The audience got really excited and their response even managed to surprise to the performers. 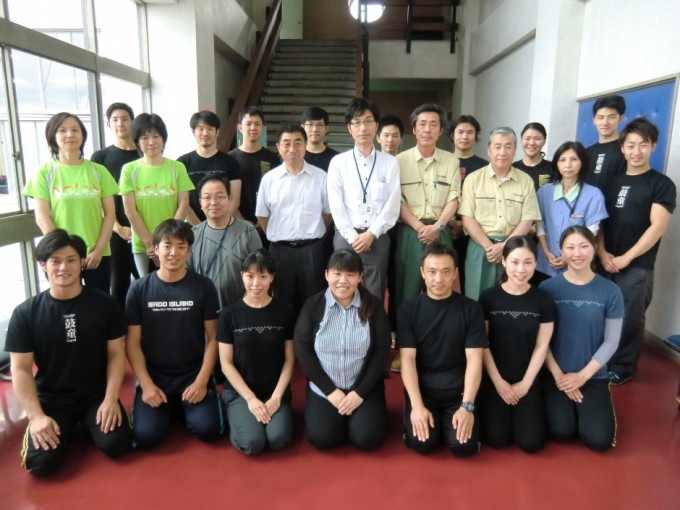 This venue will disappear but I hope that someday there will be a new opportunity for the sound of Kodo to return here again.

Thank You for our Sold-Out
“Kodo One Earth Tour 2014: Mystery” Performance in Komae!

On June 28, we had a sold-out performance at Komae Ecorma in Tokyo.

After the performance, we finished packing up and got on the elevator to find a surprising message on the wall from the hall staff:

“Dear Kodo members, Thank you very much for your flowing, exciting performance. You first performed here in 1997, then in ’99, 2001, ’04, and ’09. This year was the 6th time. This year’s performance was different from last time, and by that we mean it has certainly evolved! It’s now the second half of your tour and we all wish for its continued success. We hope to see you again! From all of the staff at Komae Ecorma.” 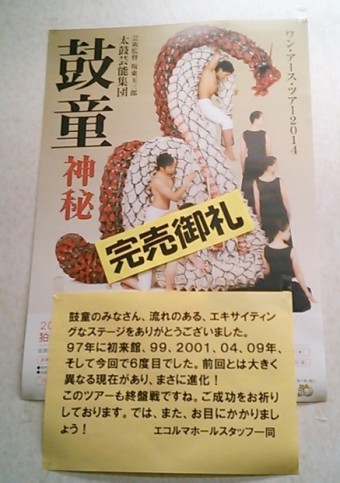 It was a wonderful gift for us. Yes, we will be back! 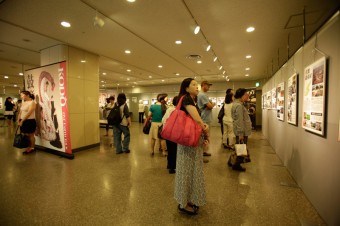 We are holding an exhibition about Kodo on the ground floor of Asakusa Public Hall during our consecutive performances. You can learn about Kodo’s history and our group’s various activities through the broad range of panels on display. 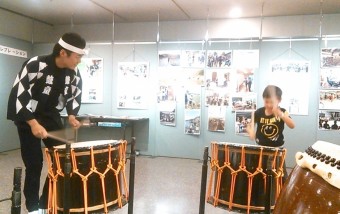 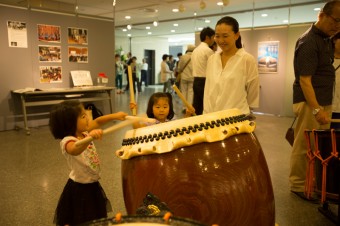 There is also a special corner displaying some of the taiko drums that we use on stage. We hope you’ll come and have a go on them! 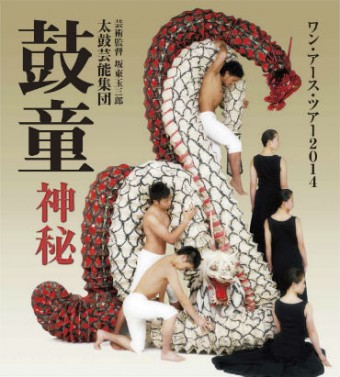 “Getting Ready for the ‘Mystery’ Performances in Asakusa!” by Narumi Matsuda 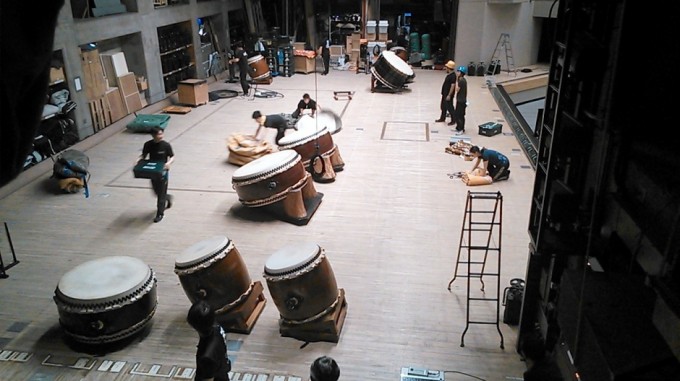 This photo shows the Kodo members and stage crew setting up for the “Mystery” performance.
Now the stage is all set! We hope to see you at Asakusa Public Hall. 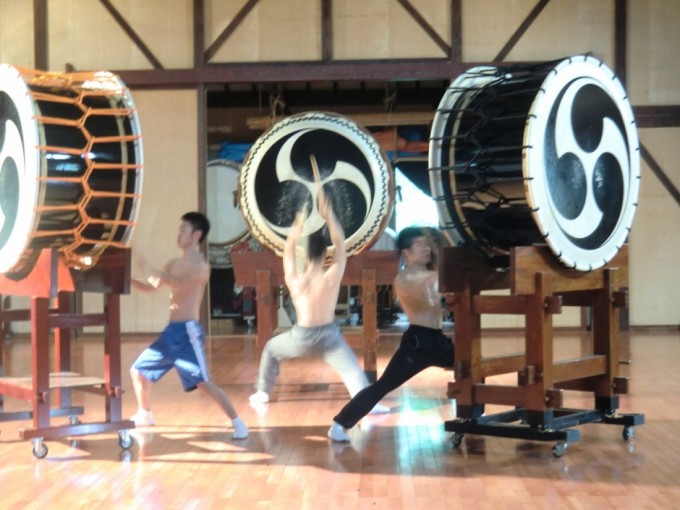 “Recording of New Piece at Kodo Village” by Narumi Matsuda 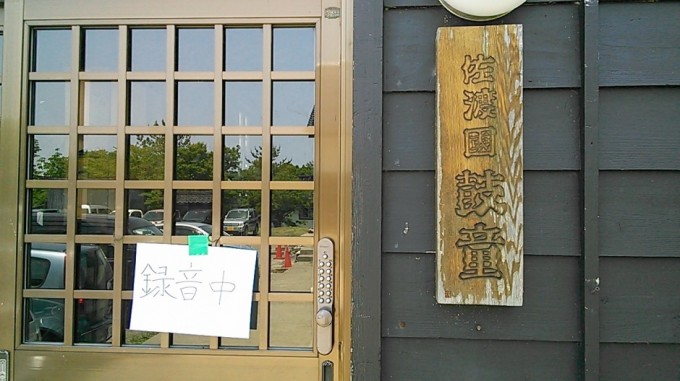 At Kodo Village, our performers recently recorded a new piece that will be used to promote the new production that debuts this November, “Kodo One Earth Tour: Eternity.” This music will accompany TV commercials for “Eternity” from fall this year. I didn’t see the recording in progress, as it was behind this firmly closed door. I hope you’re looking forward to this new production! 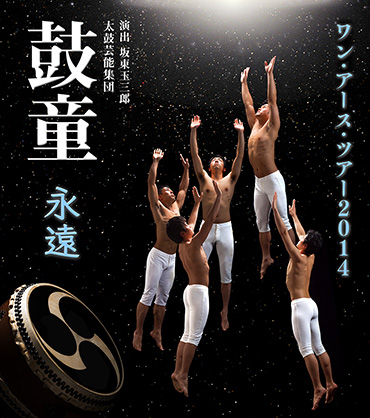 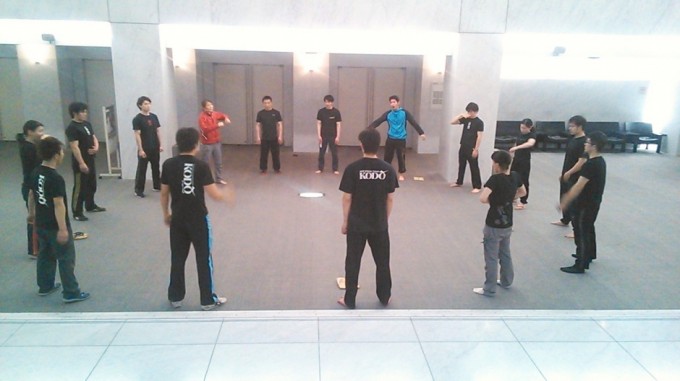 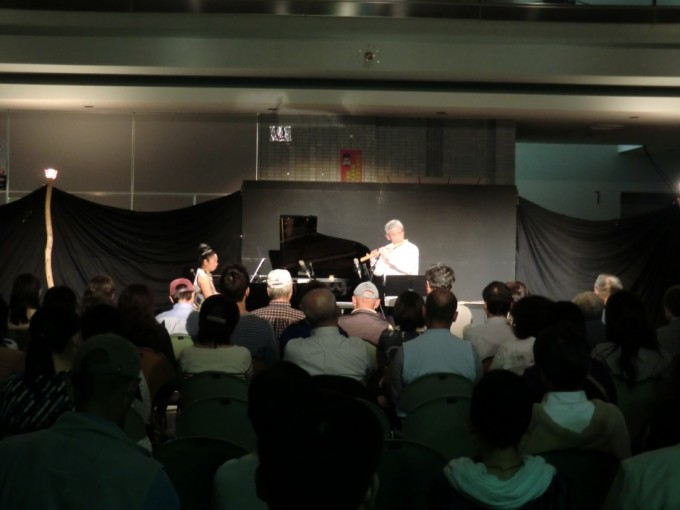 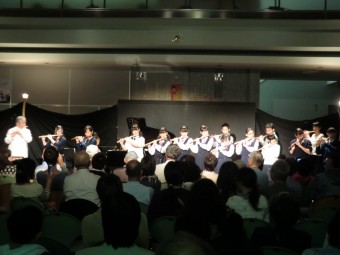 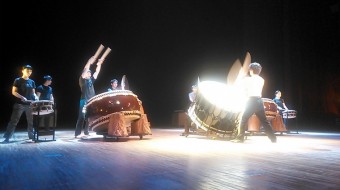 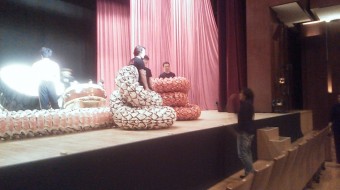 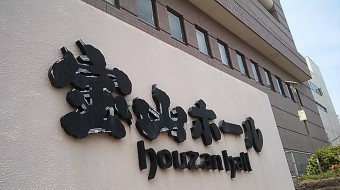 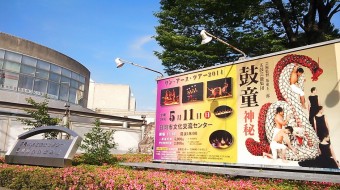 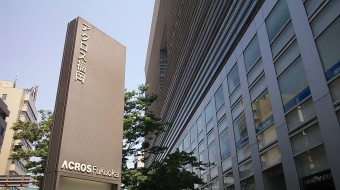