Chieko Kojima & I led a taiko camp in Fukuchiyama from May 22 through 24. It was such a fun three days with the 18 participants who gathered from Maizuru, Himeji, Hiroshima, Gifu, Aichi, Yokohama, Tokyo, and even Australia! 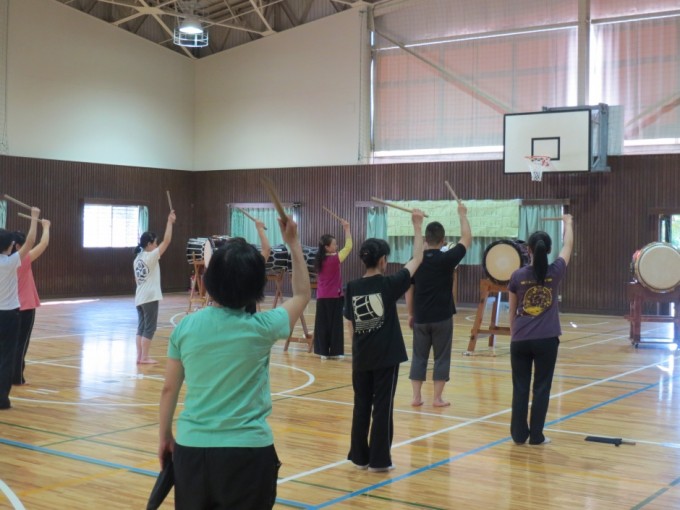 On the first day, after the orientation, everyone got straight into the first taiko performance workshop, based on “Hana Hachijo.” Everyone was quite rigid and nervous on the first day. (But that night… they loosened up during a fun party) 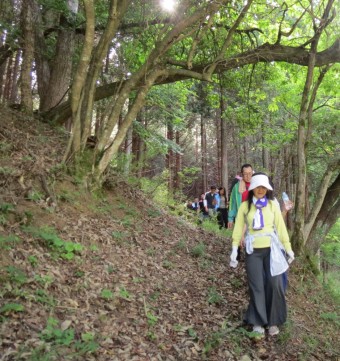 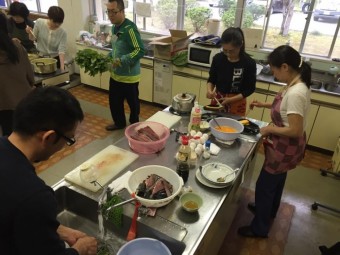 On Day 2, in the morning we split into two teams: one went for a walk through the local hills while the other team made breakfast. Then we all spent the rest of the day playing taiko.

Everyone also learned part of a dance and got ready for a recital & mini concert to display everything they had learned.
That night, we were all licking our lips at the deer and wild boar on the BBQ. Then we gathered around a campfire and everyone danced like crazy to the sound of the taiko, chappa (cymbals), and bamboo flute.

We later found out that some people could hear us 10 km away! 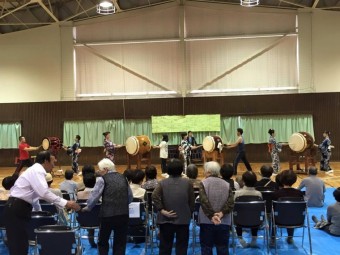 On the last day, we held a recital and mini concert to show our appreciation to everyone who helped us, as well as to cheer on the people of Fukuchiyama, who have been hit by natural disasters in recent years. Everyone who came along, from little kids to senior citizens, had huge smiles from start to finish. We all danced a local dance together in a big circle to end the event.

Fukuchiyama is written using the kanji character for “happiness,” and the locals say you come there for happiness. I hope we can come again for some more happiness with them all soon. 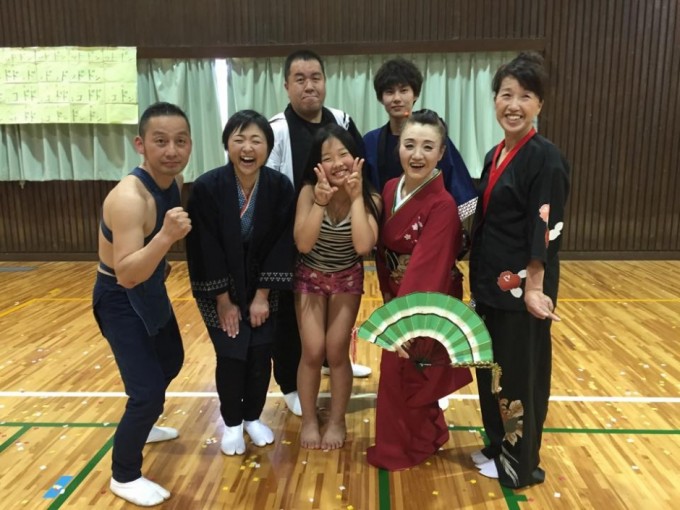 This taiko camp was presented by the four members of Fukuchiyama-based wadaiko unit “Hitotsu.” We are so grateful for their warm welcome and generous hospitality. Thank you, Hitotsu! 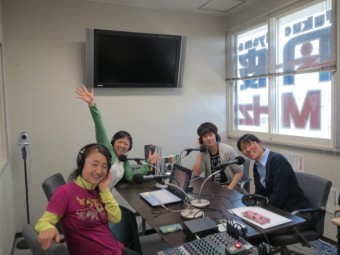 After the camp, Chieko and I appeared on a local radio (FM Tamba) broadcast with Makoto Shimozawa, the leader of Hitotsu.