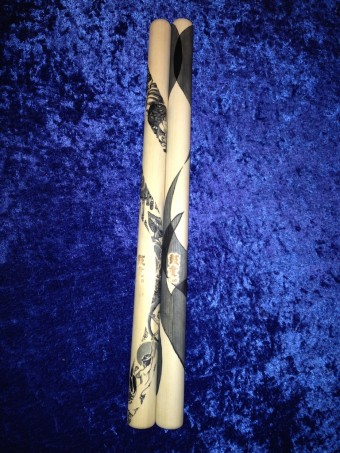 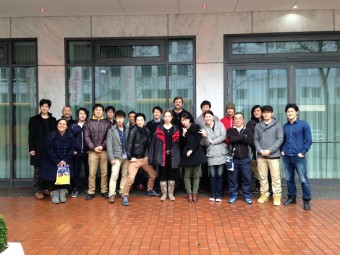 The end of our tour in Germany! Here we are gathered around our tour manager Friederike (pictured center). 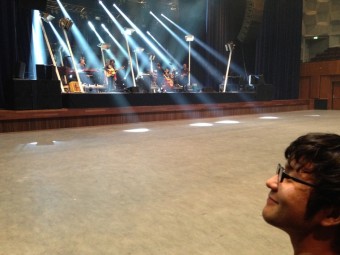 The day before our performance in Groningen in the Netherlands, we were allowed to observe the rehearsals of a popular female Dutch singer. 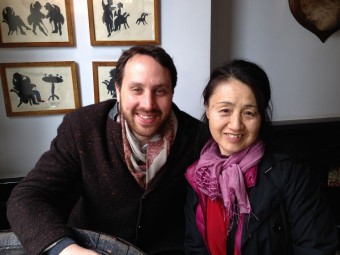 We met up with Chieko Kojima in London, who is traveling around Europe with her own projects. Here she is with Rafi of Harrison Parrott, one of our agents in Europe. 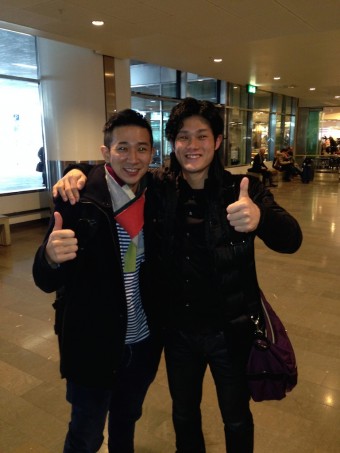 At Stockholm Airport, we were reunited with Shogo Yoshii! Shogo is staying in Sweden for performances with contemporary dance company, GöteborgsOperans Danskompani. Here he is with Masayuki Sakamoto. These two were Kodo apprentices at the same time. 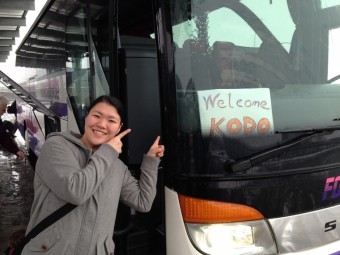 The bus welcomed us at Stockholm Airport with a handwritten sign. 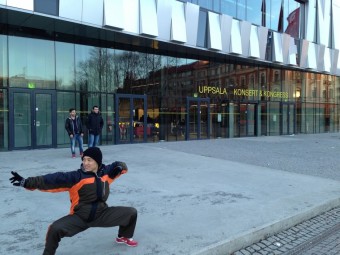 We had a day off the day before our performance in Uppsala, but Kenzo Abe was seen training in the plaza in front of the theater. 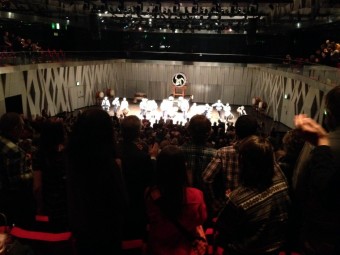 We received a standing ovation at our performance in Uppsala. Thank you! 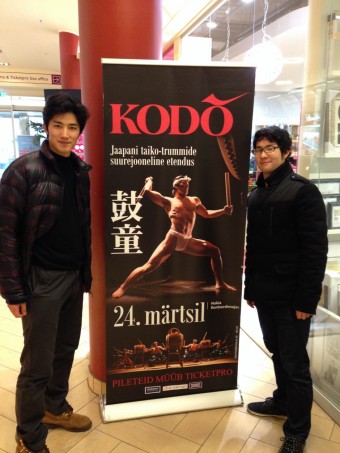 It’s been 13 years since our last performance in Estonia. We found a Kodo banner in the shopping mall by the theater we performed at in Tallinn. 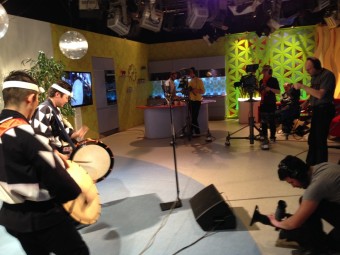 Early in the morning on the day of our performance in Tallinn, we performed live on national TV in Estonia!