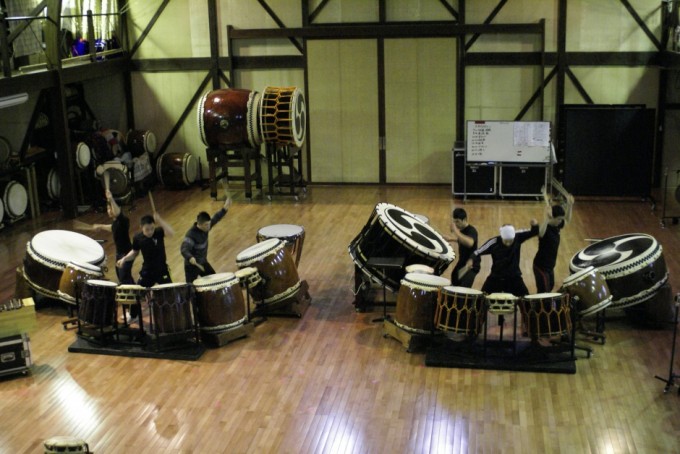 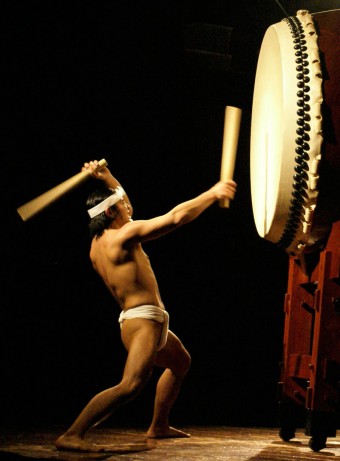 Spring, summer, fall and winter… the seeds I brought from Sado Island from the four seasons have bloomed in the taiko playing of each participant.

For the workshops at Taiko no Sato Kyowakan, we had introductory sessions and step-up sessions so everyone could take the time to master “Hana Hachijo.” The goal was “to elegantly play taiko in a kimono.”

We had the final day of the year’s workshops today. Women in their kimono faced the taiko with pure courage, and I was in “full bloom” with joy like a bouquet of colorful flowers. 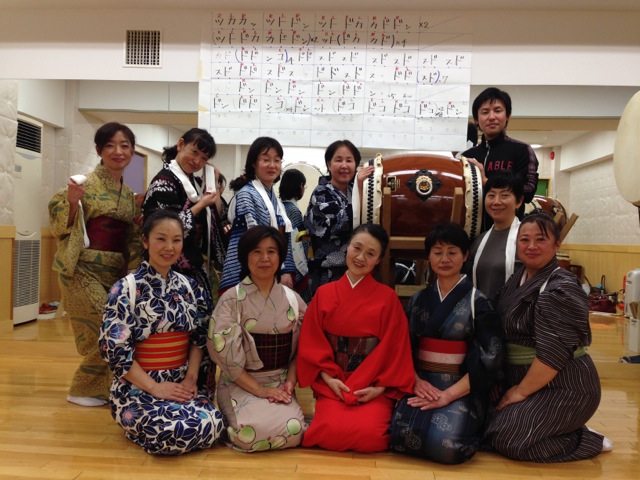 Takahito Nishino joined me as an assistant for the workshops.
Instead of certificates, I made sashes and gave them to the
graduates, which they can use to tuck back the sleeves of their kimono.

All of them told me that they want to continue with this taiko style, and I am all for it! “Hana Hachijo” means “Flower Hachijo,” so let’s make lots of Hachijo flowers bloom together! 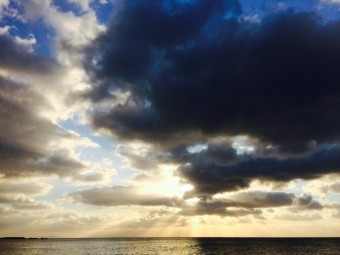 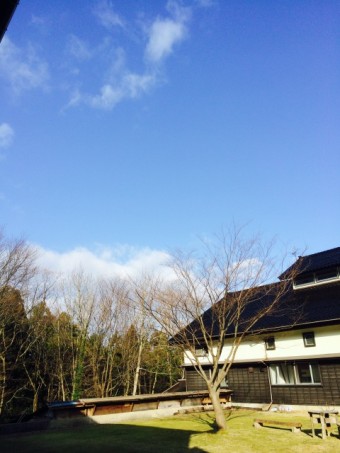 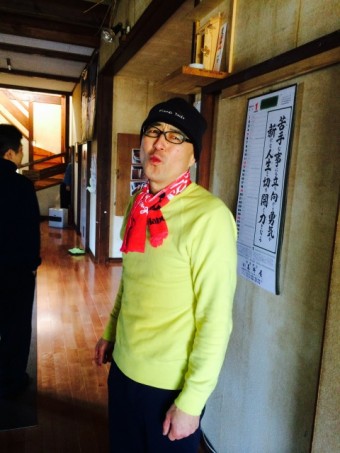 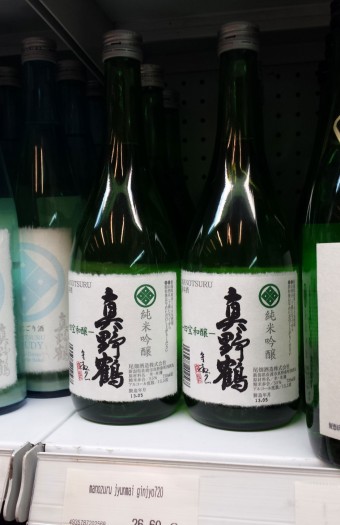 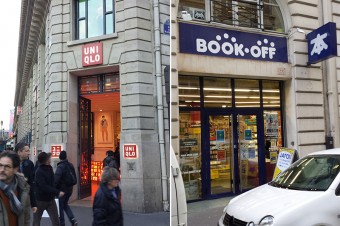 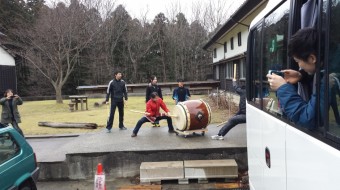 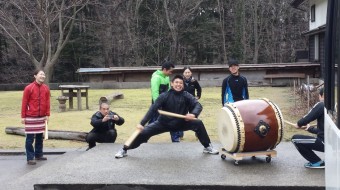 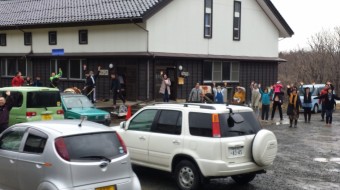 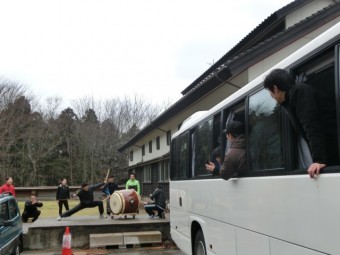 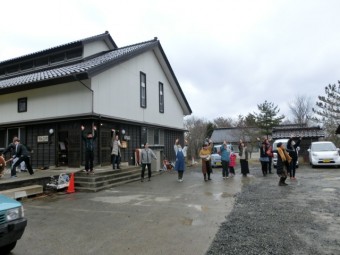 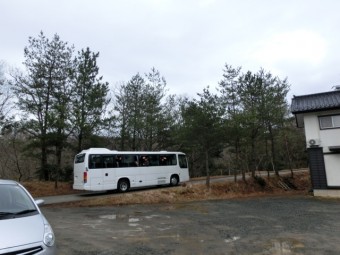 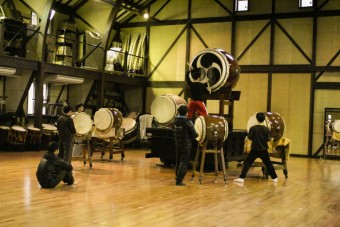 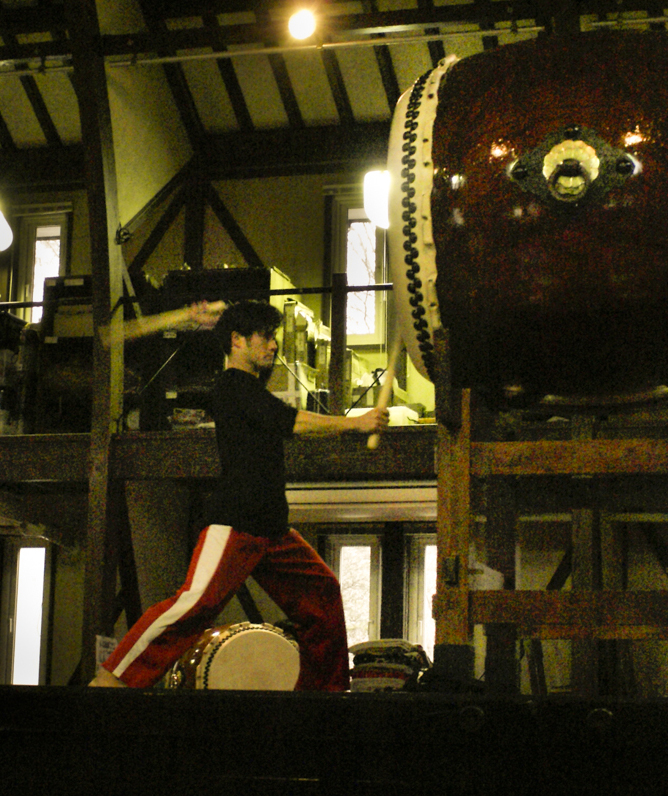 We had our village “Dondo-yaki” today, which we always have on the fifteenth day of the first month in the lunisolar year, January. “Dondo-yaki” is a New Year’s bonfire when we burn New Year’s decorations. 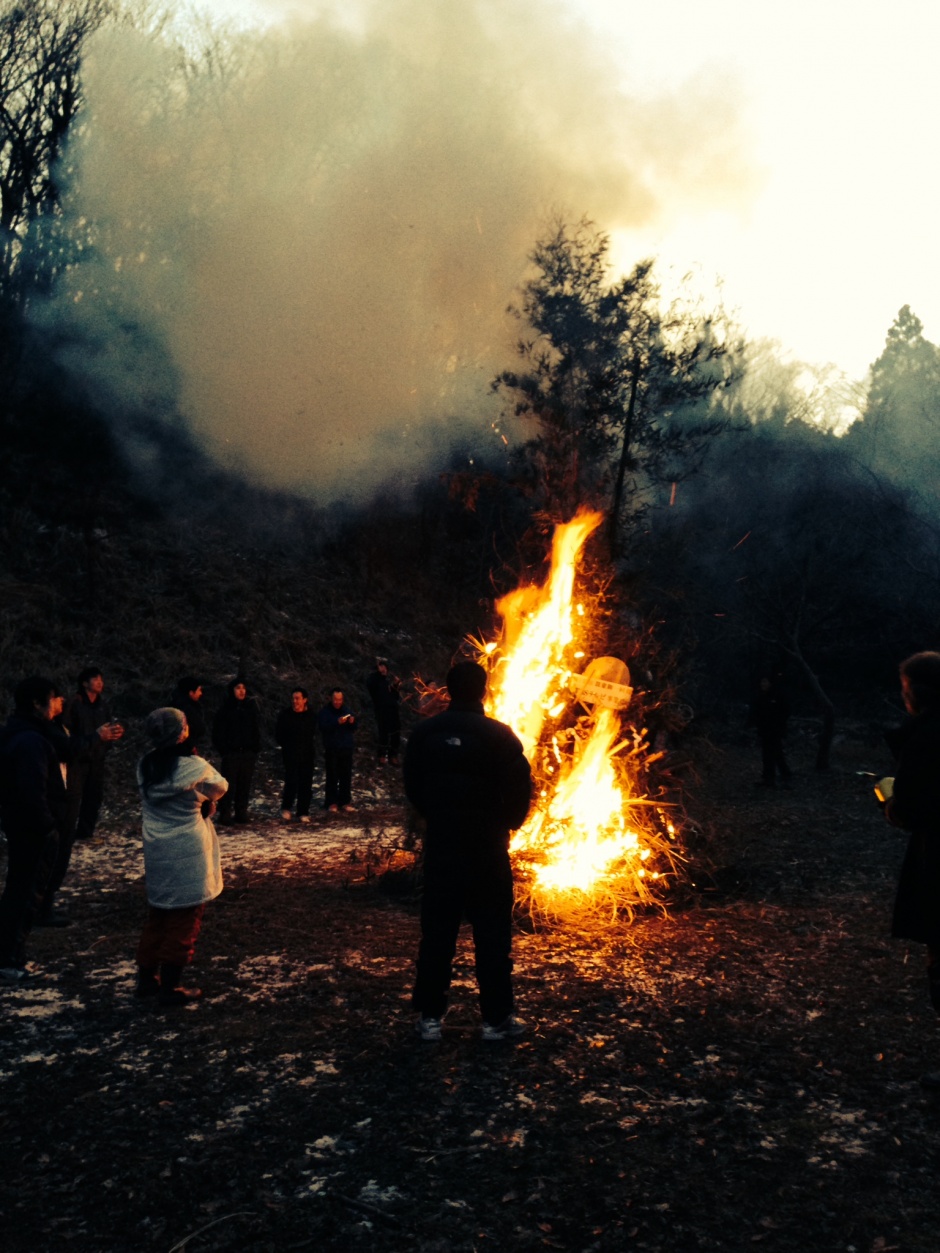 In the early evening we started to gather around, we sang a “Dondo-yaki” song, and set the fire alight.
END_OF_DOCUMENT_TOKEN_TO_BE_REPLACED 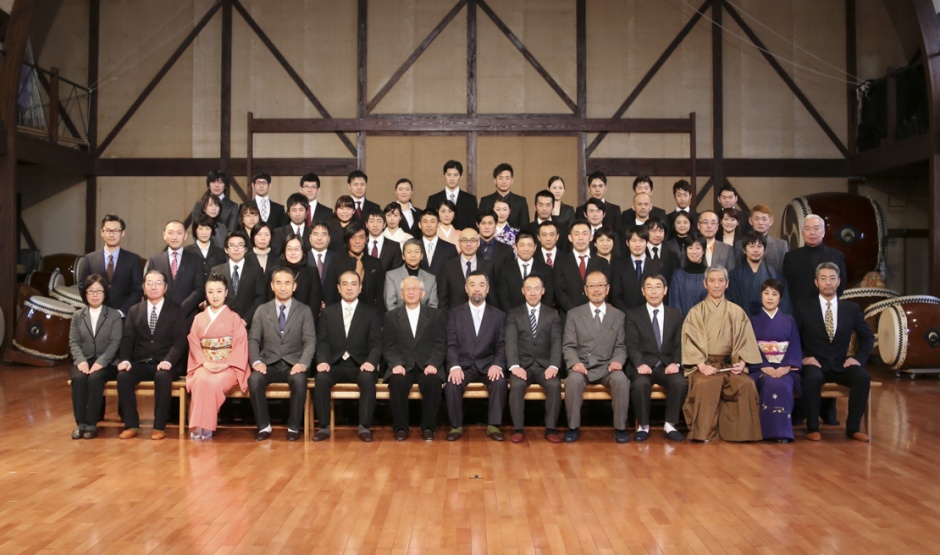 Thank you in advance for your continued support in 2014.
From the Kodo ensemble 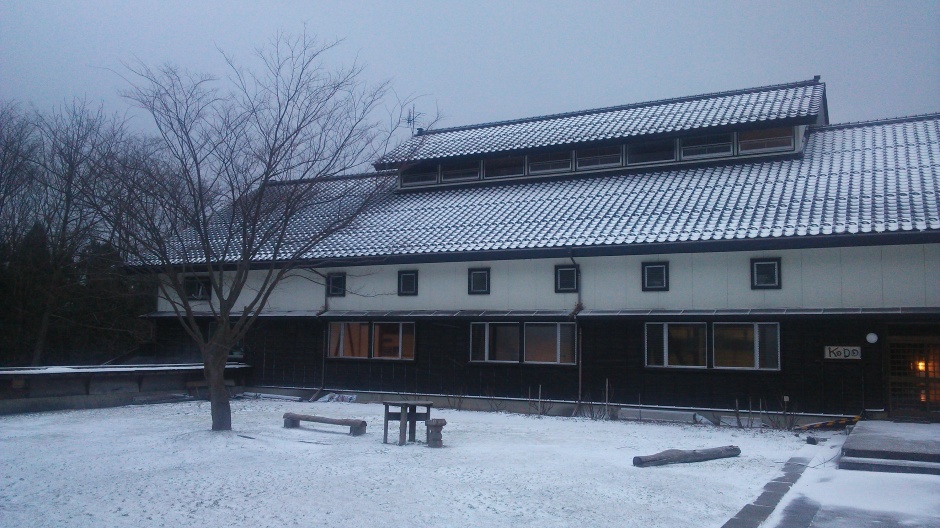