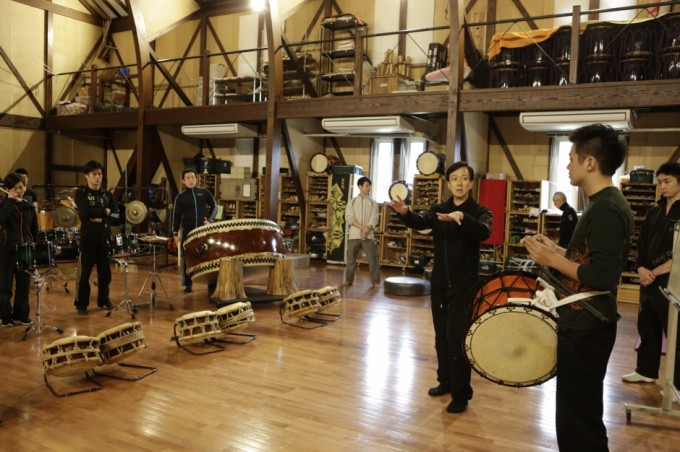 Our rehearsals began with a talk from artistic director Tamasaburo Bando about the new production’s title, “Chaos.” 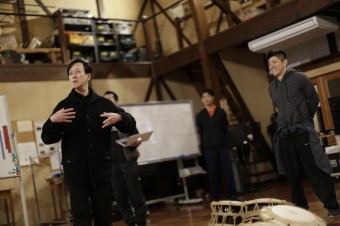 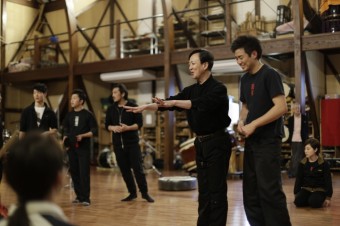 While the title is “Chaos,” Tamasaburo said he wants the audience to feel “harmony” when they come to this performance. If he called it “Harmony,” noone would know where that harmony would occur. Harmony has somewhere to emerge from somewhere, so you need chaotic parts. As he explained the concept to us, he jokingly admitted that this might be a humble Japanese form of expression. 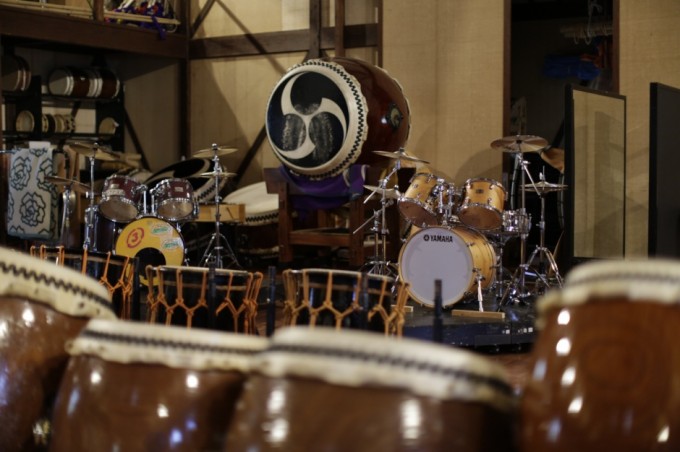 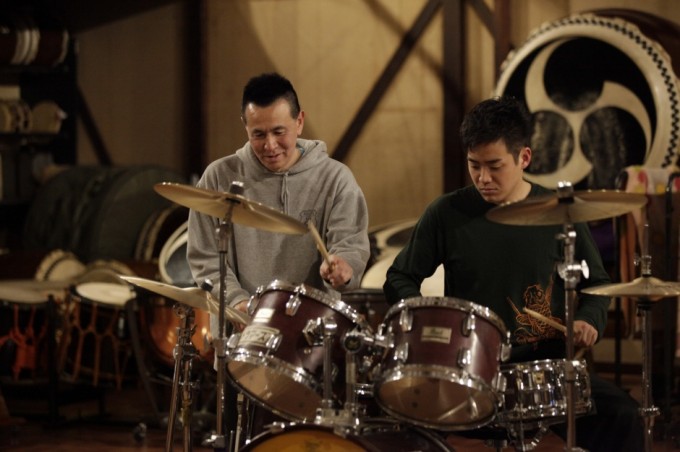 Rehearsals with Tetsuya Kajiwara, former drummer of “The Blue Hearts”

Some aspects were bewildering at first, but as we rehearsed, I was able to think long and hard about the act of beating a rhythm. 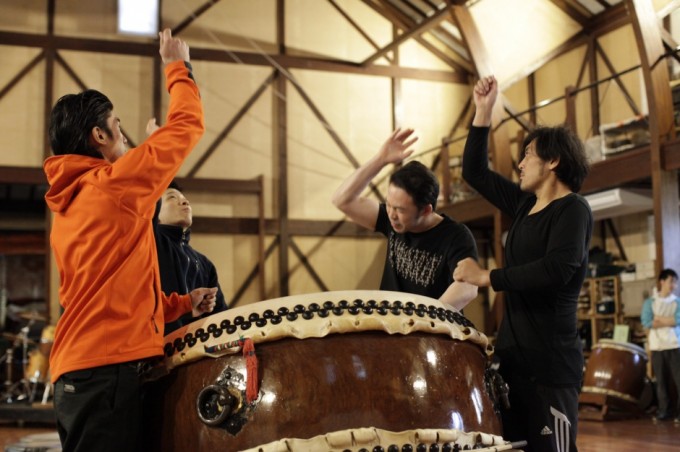 Humans all have blood pumping through their veins. And I realize that beating a rhythm is something that people of all races have in common, too. It’s not about what you play, it’s that you play. As we create this performance, I will keep in mind that as humans, our roots are the same. If taiko playing until now was somewhat monochromatic, I think this production will create a new world by adding new colors to the current taiko palette. 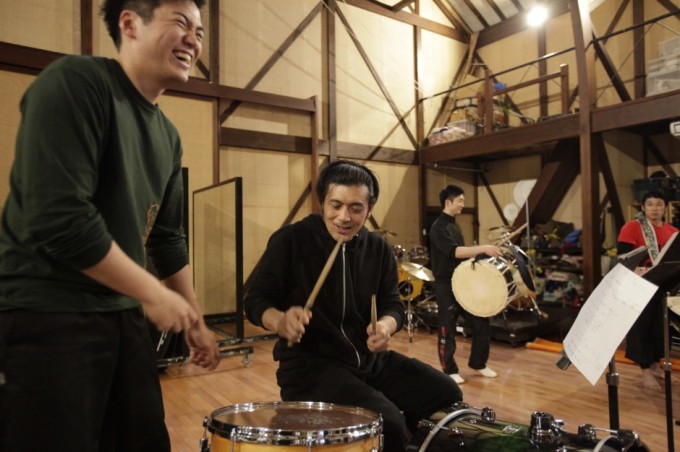 There’s just over six months from now until the premiere of “Chaos.” Our rehearsals have only just begun, but we are all excited to see what will emerge from this creative process in the months ahead.

*New production “Kodo One Earth Tour 2015: Chaos” will premiere in November this year. Details TBA on our website.