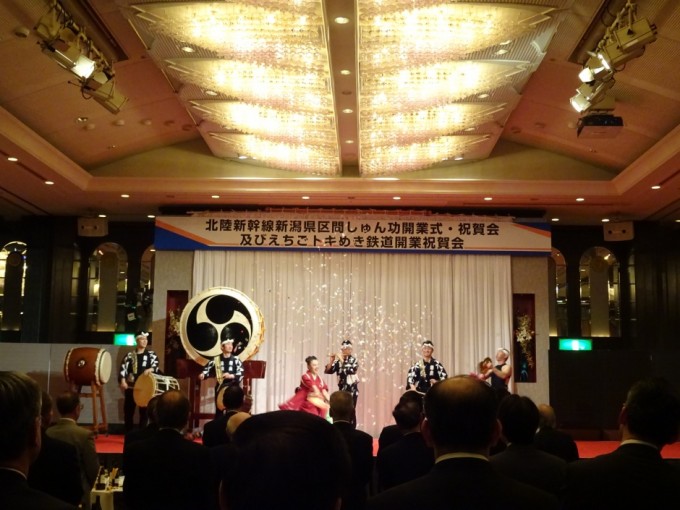 At the private celebration in Takada City on Mar. 14

At this brand new station, we were joined on stage by three brand new Kodo junior members! They must have felt the pressure of being assigned some of the main parts to perform, but I am sure that it was a memorable debut for them to perform for so many people. 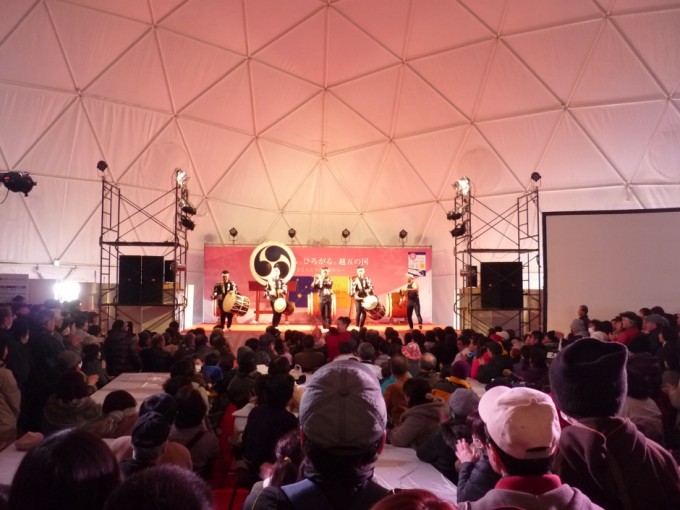 In April, a new high-speed ferry called “Akane” will run between Naoetsu Port and Ogi Port on Sado. Access to southern Sado Island will become much easier and faster using the new bullet train line and fast car ferry. We hope you will come to see us for the “Kodo Special Performances on Sado Island” this spring, and “Earth Celebration” this summer.