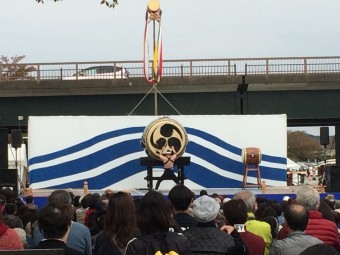 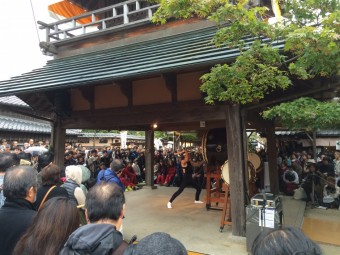 A small Kodo ensemble appeared at “12th Shinon Kansha Nihon Taiko Matsuri” for the first time in Ise in Mie Prefecture. We performed at Okage Yokocho taiko turret and on the Isuzu River banks near Ise Grand Shrine, giving performances on both days at both places. Twelve taiko teams took part in the festival and it was a great opportunity for us to see them all in action. I learned so much! 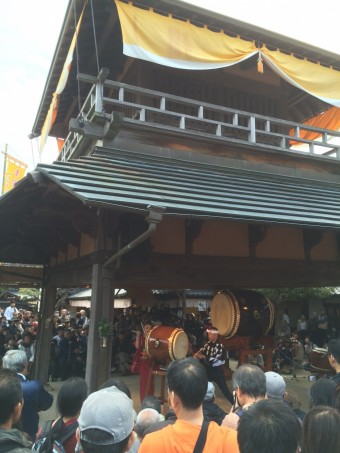 At the Okage Yokocho taiko turret, we were surrounded by spectators on all four sides, and they were within arms reach from us, so it felt very different from playing in the halls where we usually perform. They were able to see our facial expressions up-close as well as our backs, which they usually can’t see when we are far away on stage. It was a dedicatory performance, so before we performed each time we prayed to the shrine, then played taiko with gratitude and respect.

We visited the inner shrine of Ise Grand Shrine, absorbed the pure atmosphere there, and then made our way back to Sado Island.