“A Season of New Buds” by Tomohiro Mitome 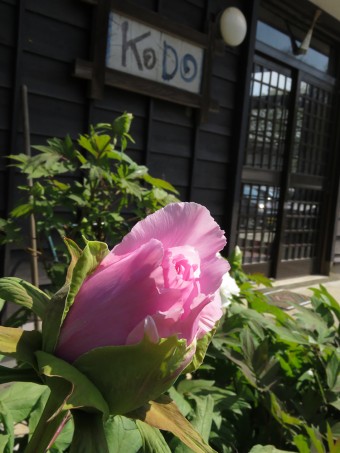 Hello, everyone! I hope that you are well.

This is Tomohiro Mitome, leader of taiko performing arts ensemble Kodo. May is here and it is a very comfortable, refreshing season. Flowers are bursting into full bloom and I feel so energized by spring. 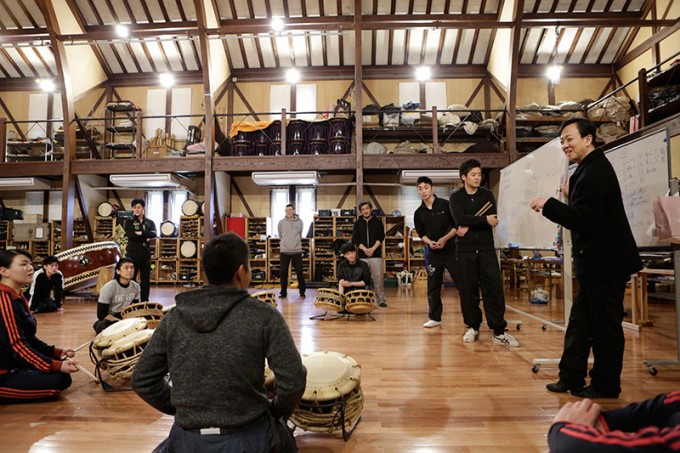 As usual, April for Kodo was a time for us to hold rehearsals for the next new “Kodo One Earth Tour” production, which will premiere on Sado this November. We also rehearsed for “Kodo One Earth Tour: Eternity” and the School Workshop Performances, which resume their tours in Japan in June, as well as the “Kodo Special Performances on Sado Island,” and other projects. Much like the cycle of the nature, this is a season at Kodo when new buds emerge and grow.

This May, we will hold encore performances of “Amaterasu” at Shochiku-za Theatre in Osaka. “Amaterasu” premiered in 2006, and we also held popular encore seasons in 2007 and 2013. 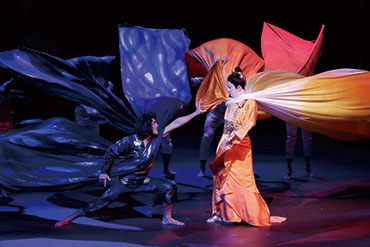 This production is a rare opportunity for Kodo to collaborate on stage with our artistic director, Tamasaburo Bando. This year, we welcome back guest artist Harei Aine and look forward to sharing a new version of this performance with our audiences. In this production, we convey the story of a famous Japanese myth using the myriad sounds of Japanese musical instruments, ranging from raging gods, using the powerful roar of the taiko, to one scene where “eight million gods” gather for a party. 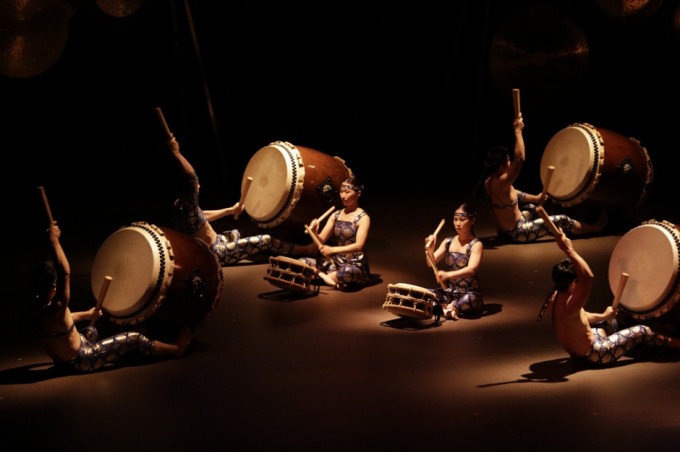 The party reaches its climax with a dance by a goddess called Ameno-uzume (performed by Harei Aine), which leads to the appearance of the dazzling sun goddess, Amaterasu, who emerges from the heavenly rock cave. That moment creates such a powerful wave of energy that even as performers on the same stage, we cannot help feeling moved by it as we play our taiko. It is a truly precious moment. I hope you won’t miss the opportunity to see this performance live! 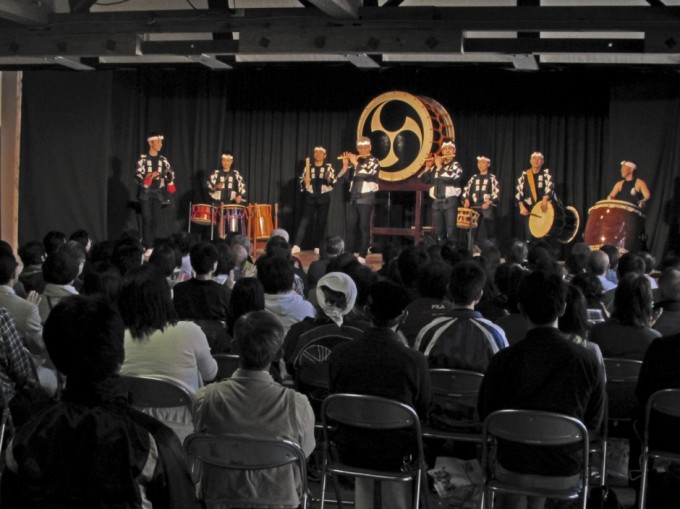 During the Japanese “Golden Week” holiday season (from the end of April), we have our fourth annual “Kodo Special Performances on Sado Island,” here at home, featuring Kodo’s senior members and our brand-new junior members. In March, the Hokuriku Shinkansen (bullet train) service was launched, as well as a new high-speed ferry service from Naoetsu to Ogi called “Akane.” This has made the trip to Ogi faster and easier than ever before, and opened up the possibility for people to attend our afternoon performances on a day trip from the mainland.

In April, twelve new apprentices joined us on Sado to begin their new life here, in a world completely different from their lives before. They are gradually getting used to the rhythm of their new lifestyle at the Apprentice Centre. They face new challenges one after another, including taiko training, various lessons, agricultural activities, and taking part in local festivals. These new experiences will form a strong base within them, which they will surely draw on in two years, five years, ten years, and even further down the track. The Kodo members who form the core of our performances today were all once apprentices who experienced all the very same things. These members are supported by our senior members who paved the way for them.

We will continue to share a variety of generations and forms of expression with you all through our performances.