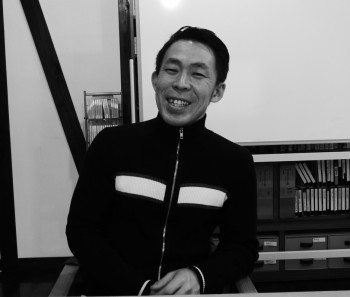 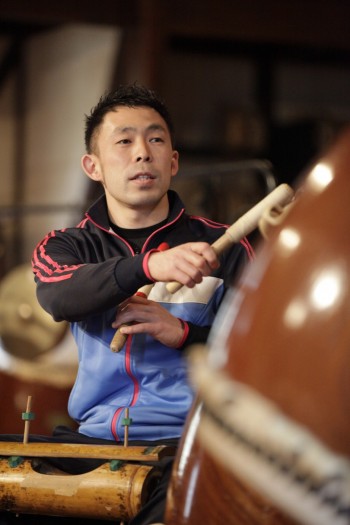 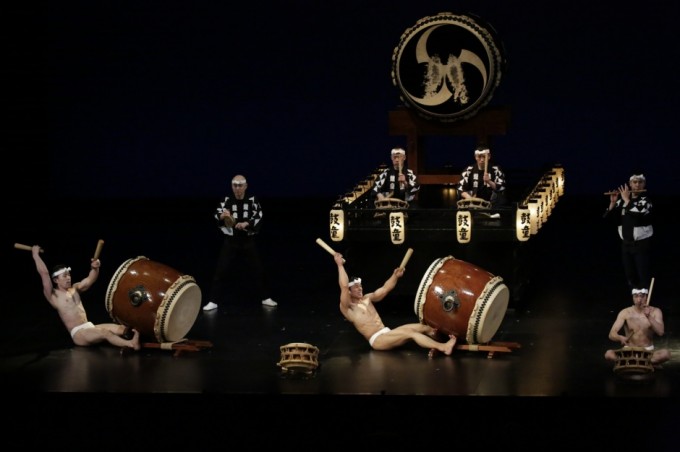 Kodo seemed to offer the possibility of a life in taiko that had no direct connection to his father’s world, so he started to check the group out. He made up his mind to apply for the Apprenticeship Programme, but discovered that he had missed that year’s application deadline. So he looked around for some other drum-related work. An acquaintance of his father’s was performing as a freelance taikoist so Mitsuru decided to tag along, part roadie, part performer for a year. He even got paid once in a while. Looking back now, Mitsuru is glad he had that year on the road. It gave him a broader perspective on life than if he had joined Kodo green at the gills, right out of high school.

Mitsuru was looking for extreme discipline when he went to the Apprentice Centre. He anticipated, maybe even hoped for the severity and pain. But in order to be able to perform like a real professional – to be good enough to send a message to people around the world – he found the training and rehearsing was much harder than expected. In his first year he worked as hard as he possibly could; he trained to increase his physical strength and stamina, to polish his technique, to better express the musical mood and improve the nuance in his playing. And then the most important thing – as both a professional player and a human being – he strove to endure the severe training needed to develop his spiritual strength. Up till that time he had played because he enjoyed it, for fun. But now he felt that if he carried on as he had so far, he wouldn’t have the confidence in his ability to truly make the grade.

In order to get past that, to become a truly good performer, a professional, he would have to throw away everything he had been till then. To begin again at zero. And it was with this attitude that he approached his second year.

From that moment on, his experience changed completely. Practice that he had thought of as exhausting actually became fun. He felt his taiko improved greatly and was accepted as a probationary member and immediately joined the school tour. After two and half years of sweating (while freezing) away in obscurity on Sado, it felt great to be playing taiko in front of an audience again. To being heard.

During his 14 years as a member in Kodo, Mitsuru has specialized on the larger drums like the hirado, where he plays with his full body rather than the more wrist-oriented okedo. He enjoys dancing, such as the demon sword dance onikenbai and local demon drumming onidaiko, and he has also composed pieces for the group. Two of his most often played are Ajara and Tomorrow. He as also done a great deal of directing, beginning when he was 26, of “One Earth Tour,” “December Concerts” and “Earth Celebration” performances. He also helped with the musical direction working under Tamasaburo Bando on “Amaterasu.”

In working with Tamasaburo, Mitsuru claims that it isn’t only the difference in what is created, but rather the way in which it is made. Because Tamasaburo isn’t a taiko player, he looks at the work from the point of view of someone in the audience, not from that of a composer. He won’t say ‘Make this kind of sound.’ but rather, ‘If you do it more like this, it might feel better’. Because he is an actor he is concerned with how to process the performer’s feelings and emotions. After playing a particularly hard piece, he won’t say ‘Now move like this or that.’ but rather, ‘If you are experiencing this emotion now, move in a natural way that is comfortable to you at that moment .’ It’s not about technique, but rather how to express one’s feelings.

He is also more open to trying something new for the group, things no one had thought to put on stage before. Previously Kodo practiced and practiced till they had honed a piece to perfection before it appeared on stage, but now he will say ‘Why not try this!’ It might even be a snippet of a play with lines read aloud. There is a much broader range of choices in what can be included in a performance.

But with this new freedom there is a greater responsibility to come up with ever new material. Under Tamasaburo’s direction, Kodo has expanded from doing mostly the “One Earth Tour” to performances as varied as “Amaterasu,” “Legend,” “Mystery,” “Eternity,” and there is more to come.

There is also a concert called “DADAN” (which means “Drumming Men”) in which Mitsuru has appeared many times. The idea in Dadan is that it is set on a bare stage, without any decoration, completely simple costumes, almost no other instruments, as if the audience is eavesdropping on private drumming session. It is all about pure drumming, for the sheer joy of it, and after 90 minutes the audience must feel almost as tired as if they had been sprinting together with the players. A kind of wonderful exhaustion. To Mitsuru, since DADAN, regular Kodo performances seem easier.

As a performer he looks forward to properly fulfilling the expectations of those around him and, as a director, Mitsuru hopes to be able to put some of what he has learned from Tamasaburo into practice, up there on the stage.

Mitsuru Ishizuka is currently performing the role of Susano’o in the Osaka performances of “Amaterasu” until May 26. 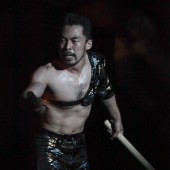 In June–July, he will appear in: