Greetings from San Jose, California!
Yoko Fujimoto and I attended one of the nation’s largest obon festivals this weekend. The obon culture in the United States is a little different, as many take place on various weekends and different locations throughout early summer.
Let me tell you a little about the one that we attended: San Jose Obon. 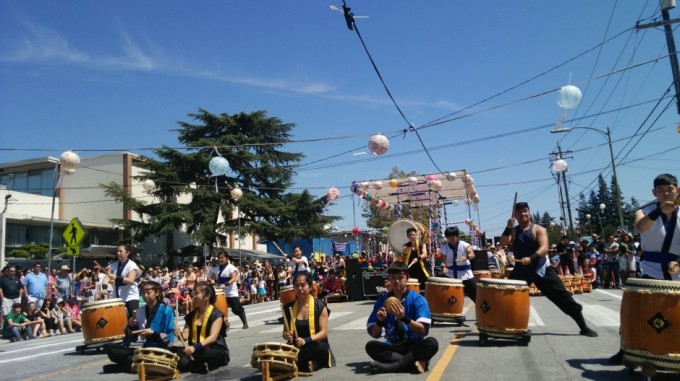 San Jose Obon is famous for hosting great taiko performances by Californian collegiate groups and San Jose Taiko!
San Jose Taiko was established before Kodo was founded, and our groups have been great friends since the very beginning. They have supported Kodo in many ways over the years, including the storage of some of our touring equipment in their studio! 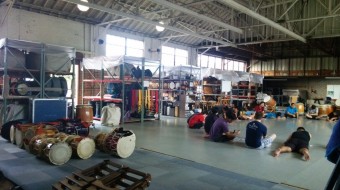 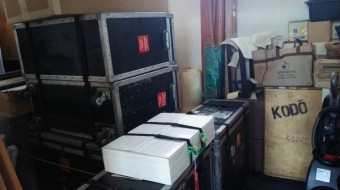 Taiko performances, food, and games are enjoyed by friends and family throughout the entire Obon weekend.
At the end of each night many people gather for….. 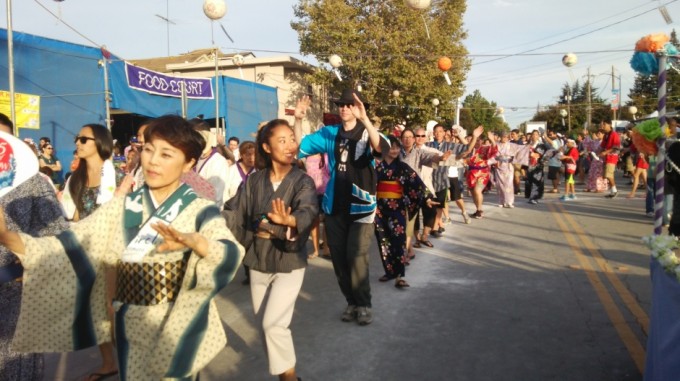 Here at San Jose Obon, over 1,000 people gather and dance to live music played by the Chidori Band and San Jose Taiko.
One of the dance pieces is called Ei Ja Nai Ka.
The taiko music was composed by PJ Hirabayashi from San Jose Taiko and the melody and lyrics that were written by Kodo’s Yoko Fujimoto.
This is a popular dance piece that has been enjoyed for many years, mainly by the Northern Californian communities, and it was truly wonderful to hear Yoko’s voice accompanying it live this year!
This piece will actually make its debut at a further 18 new obon festivals this summer, so if you are in the United States this summer, make sure to check out an obon festival near you! You might even hear Yoko’s vocals… 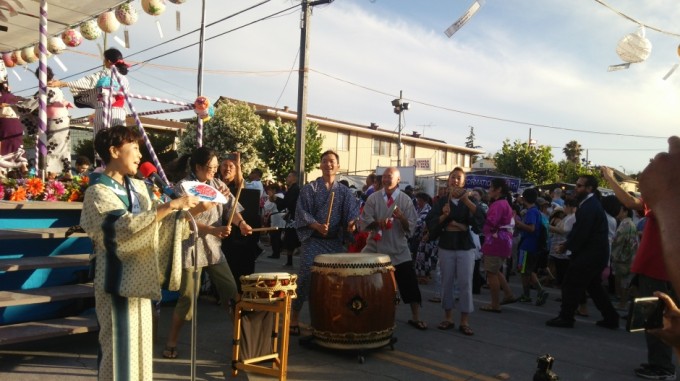 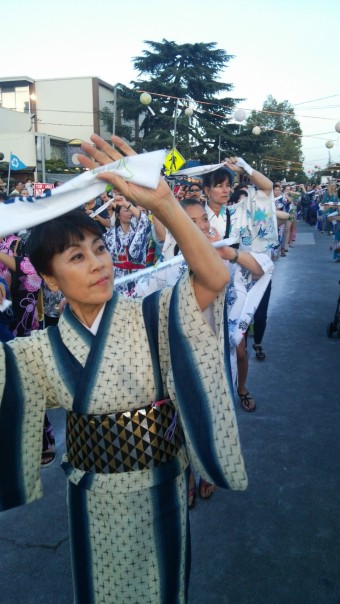