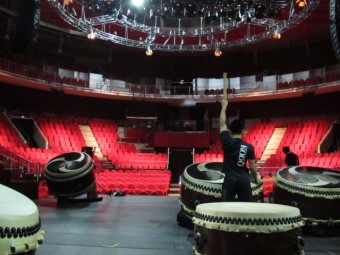 On this “DADAN” tour in Spain, we are perfoming in places Kodo has never held concerts before, including here in Madrid. It’s our Spanish capital debut. 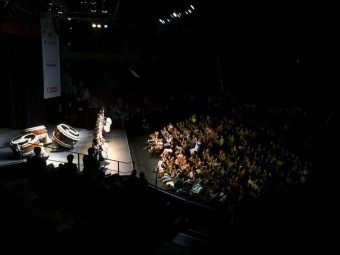 An audience of all ages, young and old, came along to see us at the round concert venue, Teatro Price, and they shouted excitedly after each piece, giving us a standing ovation at the end. 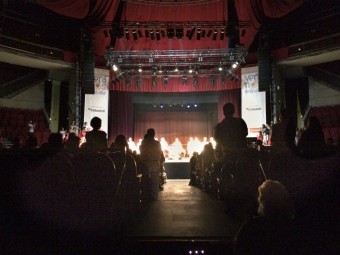 “DADAN” is charging on full-steam ahead thanks to the power we have received from our audiences in Spain so far. Thank you very much to everyone who has come along to see us.
Next, we are heading to Lyon in France. It’s been 5 years since we were last here in 2009 to perform at festival “Les Nuits de Fourvière.” Everyone in Lyon, see you really soon!