“Theaters Around the World” by Mariko Omi

Theaters Around the World

We are now in the final week of our two-month “Kodo One Earth Tour 2016: Mystery” tour throughout Europe. During this tour we have had further opportunities to perform at so many wonderful, unique theaters.

A theater is a social place where people come together for events in a town. So through the theater you can often feel the history and the identity of a place.

I would like to share some of the theaters we have encountered on our 2016 Europe tour with you all. 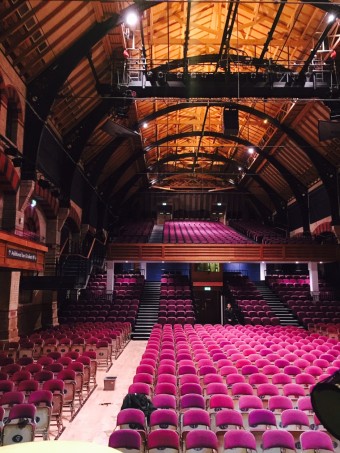 Corn Exchange in Cambridge, England, is a theater housed inside a brick storehouse. As the name suggests, this building used to be a corn (or grain) exchange. Cambridge is a city with many students and this theater employs a lot of young staff members. By all the event posters in the lobby, I could tell that this theater is very active indeed. 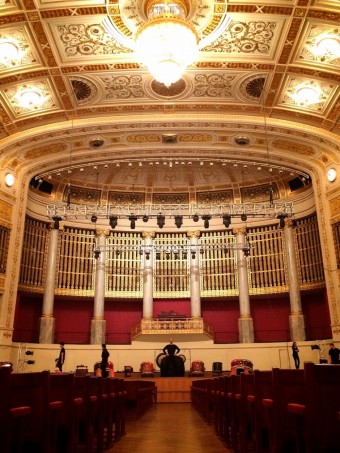 In the music capital, Vienna, we performed at Wiener Konzerthaus, which is over one hundred years old. The white and gold decor was so refined and beautiful and the ceiling was adorned with a gorgeous chandelier. This theater perfectly fit the brilliant atmosphere of the city. 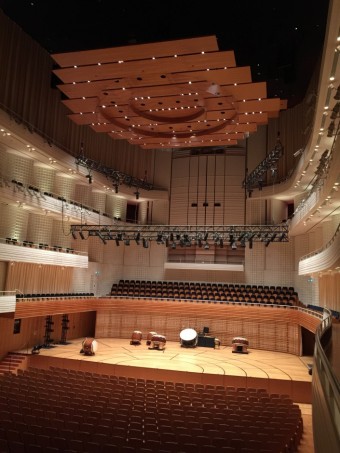 This is the KKL Lucerne in Switzerland, where the sound shell and curtains were electronically adjustable to perfect the acoustics. I was impressed by the neatly organized rows of seats on five levels and the really high ceiling. 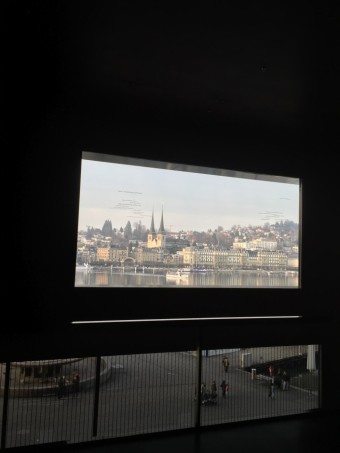 Also, the lobby was a special attraction at this theater. You could feel the hall’s love for the beautiful historic cityscape by the window that framed the view in the lobby like a work of art on the wall. Through other windows, you could see the mountains of Switzerland as though they had been cut out and framed on the walls, too. 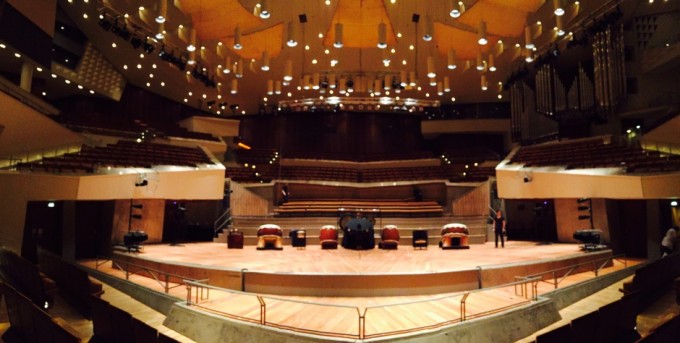 This is Berliner Phiharmonie, home to the Berlin Philharmonic. The building is pentagonal and the stage is surrounded 360 degrees by seating. Apparently this layout is known as “vineyard terraces.” On this tour, this was the first venue we performed at that had audience members sitting behind the stage. When I think of this hall, I clearly remember the hall staff who were so efficient at helping us to load in and out. 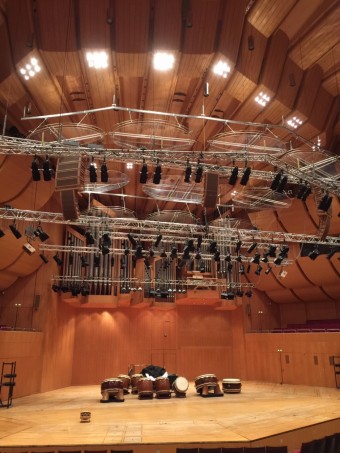 Kodo members always remember Philharmonie im Gasteig in Munich, Germany, as being famous for its asymmetrical stage. When you think you are standing to face straight ahead, you aren’t actually facing the front. So this hall conjures some fear amongst the cast of not knowing where to position yourself or look when you are on stage. 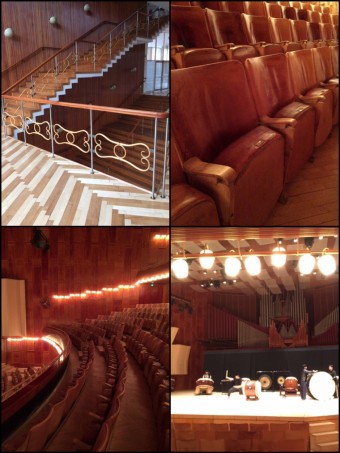 Last but not least, here is the Royal Danish Academy of Music in Copenhagen, Denmark. The seats are covered in leather and you can see differences in color between each seat as they have individually aged over the years. Denmark is renowned for design and with its lily-of-the-valley-shaped lamps, beautiful curved hand rails, and wooden mosaic floors, I could feel the Danish simplicity coupled with attention to detail in the features of this theater.

Everyday we perform “Mystery” in a different theater and welcome a new audience, so the production changes as it adpapts to each venue and day. In halls where the sounds of an orchestra usually resonate, or on stages where people usually play guitars, we appear beating taiko, dancing, and accompanied by large serpents, too. Perhaps our instruments and dances create a sort of “chemical reaction” as we stir the theater in ways that differ from its usual performances.

When it comes to the sound at each venue, well, if we say “the sound is good here,” sometimes it makes me wonder how each person judges or senses that the acoustics are good. This vast range of theaters makes me all the more interested in the acoustic design behind each hall and each designer who came up with the shape of each theater to create a place to enjoy the sound and sights of its performances.

As our tour progresses, I am continually grateful to encounter all of these wonderful theaters along the way.