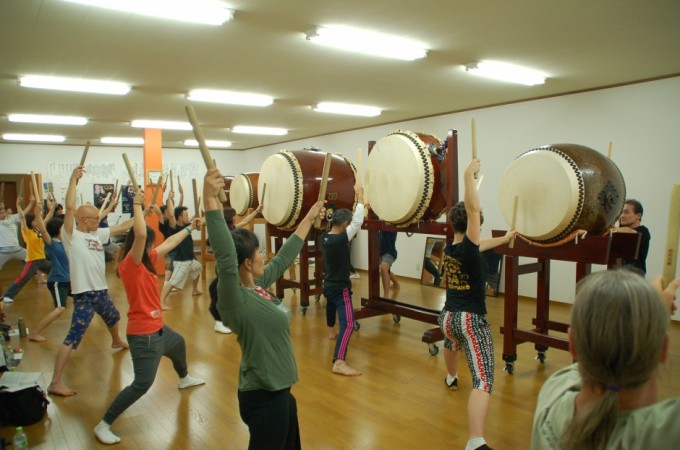 On the 3rd & 4th, the first weekend in October, I led a two-day live-in workshop in my hometown, Kyotanba Wachi in Kyoto Prefecture. The 24 participants who joined me there traveled from Tokyo, Kanagawa, Gunma, Gifu, Hiroshima, Okayama, Mie, Nara, Hyogo, Osaka, Fukui, Shiga, Kyoto, and as far away as Canada. We enjoyed a very intense weekend of making good vibrations and connections together in Wachi. 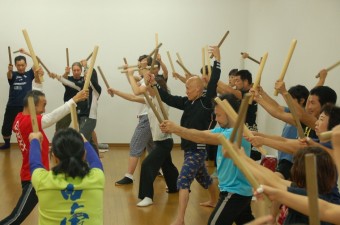 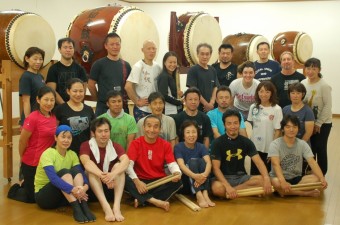 The venue was Wachi Taiko’s practice hall, which used to be an elementary school in Wachi. Now the former school building has a new purpose. 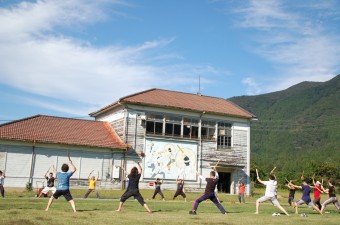 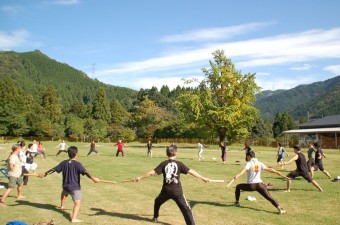 Thankfully, it was a sunny autumn weekend. So we got to go outside on the school field and play “air taiko” to practise the taiko rhythms as we sang them out loud. It felt so good to have the grass under our bare feet. It was the best place to hold a camp! Everyone stayed at a Japanese inn in front of JR Wachi Stn. called Kadoya Ryokan. We had a dinner party there and we all had such a great time eating, drinking, chatting and dancing together. 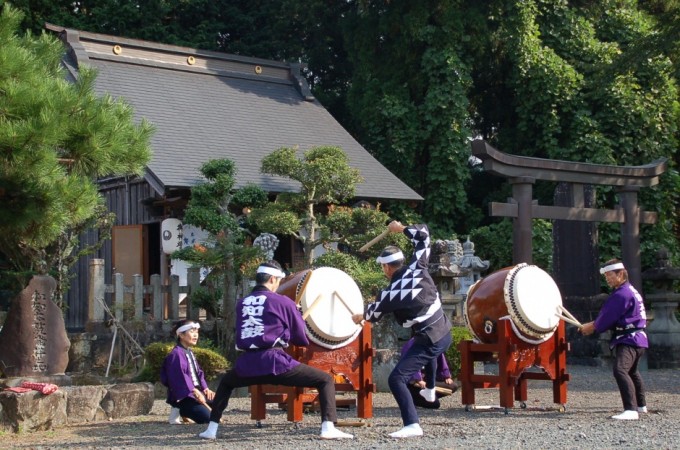 On the Sunday morning, Wachi Taiko was invited to perform at a sports festival on the plains where Wachi Taiko originated. So we went to Fujinomori Shrine and I played Wachi Taiko as a special offering with the members of the Wachi Taiko preservation group, Wachi Taiko Hozonkai. All the taiko camp participants came along to watch us drum. 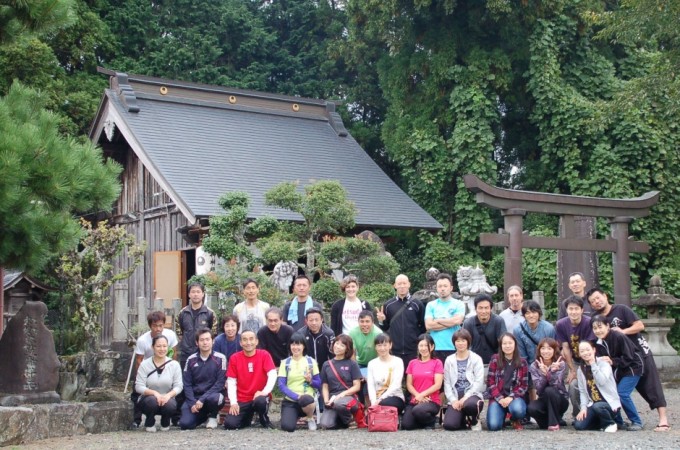 We plan to hold this “O-daiko Camp” every year in my hometown. If the timing didn’t suit you this time, I hope you can make it next time! Please come along. I’ll be early waiting for you with the presenter, Wachi Taiko Hozonkai (Wachi Taiko Preservation Group).