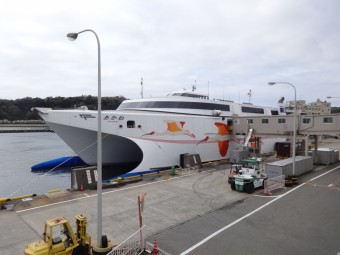 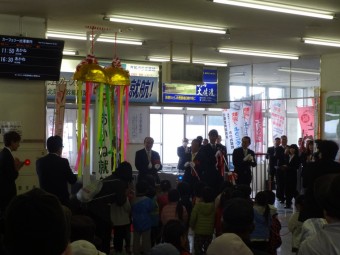 The new fast car ferry, “Akane,” has just been launched between Naoetsu and Ogi on Sado Island. Kodo’s Motofumi Yamaguchi, Tomohiro Mitome, Mariko Omi, and Rai Tateishi performed at its launching ceremony. I went along to help out behind the scenes. 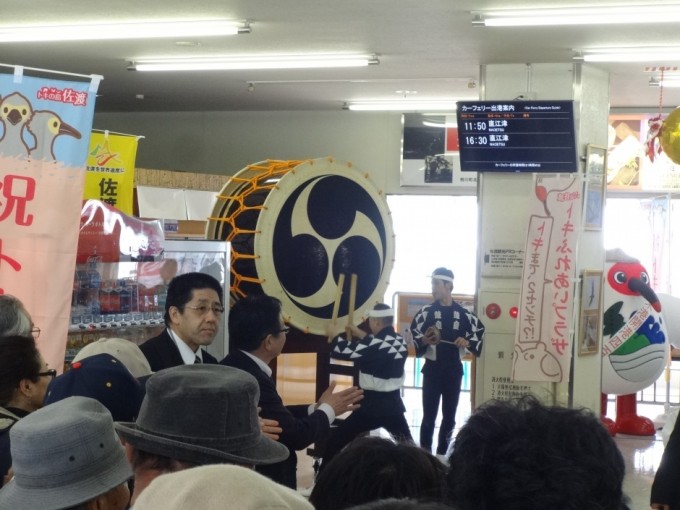 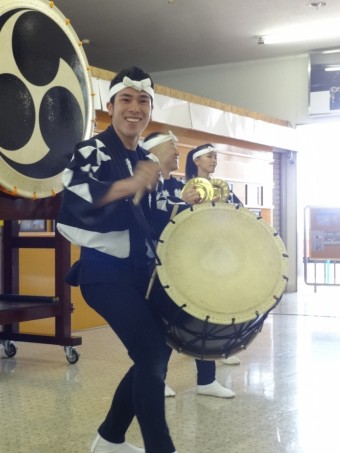 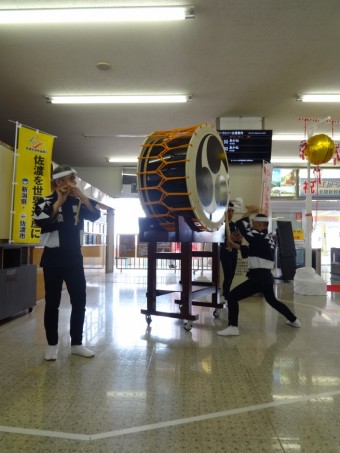 A large crowd gathered to see Kodo perform in the ferry terminal building, and outside there was a range of stalls and demon drumming performances. Misato and Misaki, the Community Development Course trainees, were helping the Ogi locals serve up delicious soup. 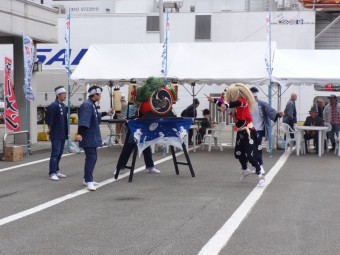 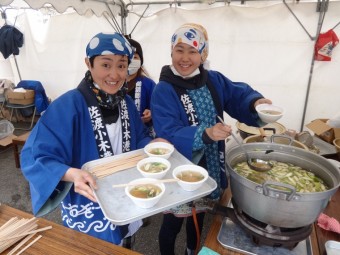 The “Akane” is a fast car ferry service that has shaved one hour from the usual travel time between Naoetsu and Ogi. It also has increased the number of services on this route, so it has made access to Sado both faster and easier. I hope you’ll use this service to come to Sado Island!