“Leading Up to the Asakusa Performances” by Tomohiro Mitome

May on Sado Island brought us a mix of both hot, sweaty days and brisk, chilly days. I can now feel the gradual change from comfortable spring to the hot days of summer.

This month, I’m going to talk about our Asakusa performances. 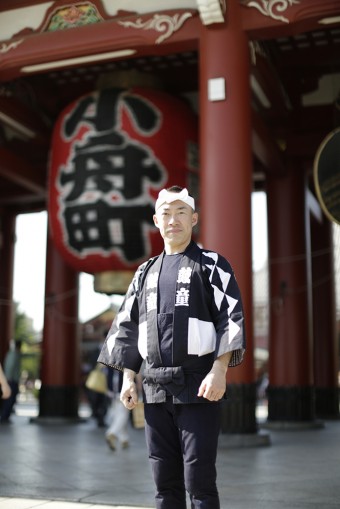 Kodo held its first consecutive performances in Asakusa last year, and thanks to your support, this year we are heading back for a second year. When I think of Asakusa, the things that first come to mind are the festival “Sanja Matsuri,” which has been introduced on this blog, and a downtown area full of life all year round. Since the olden days, Asakusa has been home to rows of playhouses and movie theaters and one could say that Asakusa’s unique atmosphere comes from the Edo Period culture upheld in the area.

In Asakusa, there are many stores selling stage equipment and costumes, etc, and Kodo frequents the area for that reason. However, we also have a connection through Rokusuke Ei, who hails from Asakusa and was one of the key people involved in the founding of Kodo’s antecedent group, Sado no Kuni Ondekoza. In 1982, soon after Kodo began, we joined Rokusuke Ei on stage at Asakusa Public Hall for a performance called “‘Ei Rokusuke + Kodo’ Nagesen Kogyo” (lit. “‘Rokusuke Ei + Kodo’ Coin Toss Entertainment”). This was Mr. Ei’s venture, programme, and artistic direction, which had no set outline at all and featured the members of Kodo on stage playing taiko, dancing and singing on Mr. Ei’s command.

Time went by, then in 2013, Kodo performed at Asakusa Public Hall again for the first time in 30 years. “Kodo One Earth Tour: Legend” had toured for over a year and we received a great response to holding the domestic finale as four consecutive concerts in Asakusa. 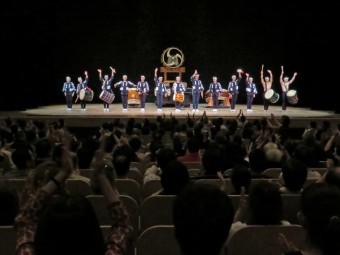 Asakusa is one of Japan’s iconic sightseeing areas that attracts tourists from around the world. It is centered around historic Senso-ji Temple, the shopping street leading up to the temple, and Kaminarimon Gate, but along with the opening of Tokyo Skytree, in recent years there has been noticeable expansion in new movements to develop the town. The area is also drawing attention as a new center for entertainment.

We hope you will join us in Asakusa to thoroughly enjoy the timeless charm of this area’s history and culture, to feel the flow of time from the past to the present, and to see “Kodo One Earth Tour 2014: Mystery” at Asakusa Public Hall. We are sure you will enjoy the different feel this area brings to our performances. 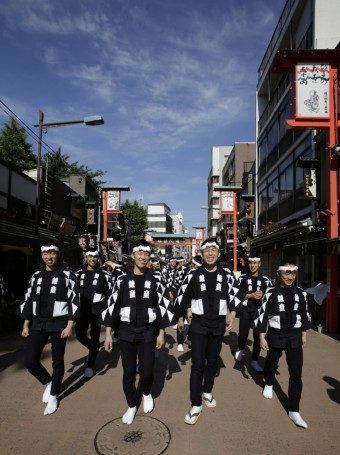 Asakusa is a place where an array of performing arts and performers are both born and cultivated. By holding a series of performances here each year, we hope that Kodo will receive guidance and encouragement from a wide range of people and their support for many years to come. We also sincerely hope that our performances in Asakusa will help in some way to maintain the prosperity of Asakusa’s culture.

We are looking forward to seeing you for Kodo in Asakusa. 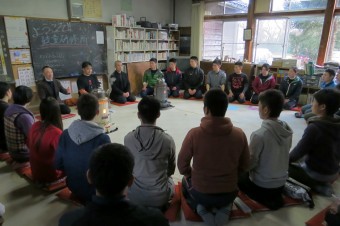 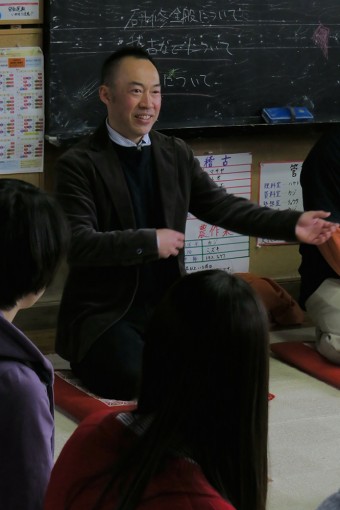