“Earth Celebration: New Beginnings on the Horizon” by Tomohiro Mitome

Hello everyone. I hope that you are well.

This is Tomohiro Mitome, leader of taiko performing arts ensemble Kodo. The rainy season began around June 19 in Niigata Prefecture, but it did not rain in Sado until the end of June. Farmers seem to be quite worried about the lack of rain for their crops.

As announced on June 10, there are new changes on the horzion for our annual festival Earth Celebration, which began in 1988. Next year, the festival will change shape and will not be centered around the usual Shiroyama Concerts.
http://www.kodo.or.jp/ec/en/topics/1763/ 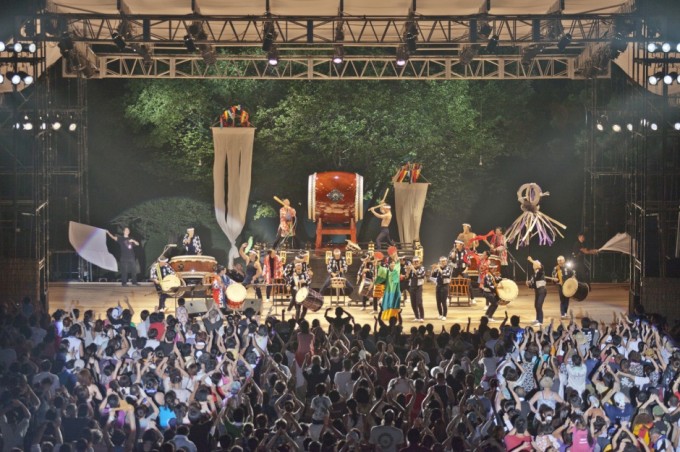 The idea of Earth Celebration originates from the Kodo Village Vision introduced by the first leader of Kodo, the late Toshio Kawauchi (a.k.a. Hancho). He depicted the idea of inviting artists to Sado Island whom Kodo had met while traveling around the world and sending out new ideas and music from Sado together. Ever since EC began, we have used the experience and knowledge we gained by attending festivals including Toga Festival (Toyama, Japan), Sado Music Festival (Sado, Japan) and Edinburgh Festival (UK), to help Earth Celebration to evolve into its current form, incorporating new elements every year.

Earth Celebration usually takes place annually in August, but in the past it was once held in May, and once it was even held in a tent theater for about one month. Earth Celebration has continued as an outdoor event in different forms for the past 28 years.

If I look back on my own Earth Celebration (EC) experiences, well, I came over to Sado for the first time for the first EC in 1988. I attended the Kodo Village Opening Concert, Shiroyama Concerts, and a taiko class held during the daytime where I was able to learn taiko directly from Kodo’s stage performers. When I stop and remember that experience, I can now see it was an event that became a turning point for me, which led me to becoming a member of Kodo. 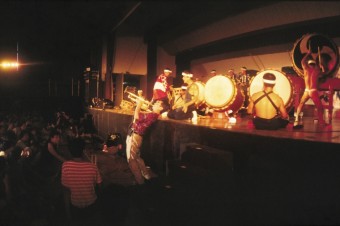 In 1989, I took part in EC as a Kodo apprentice. A typhoon hit Sado on the last day, and the concert venue was the Ogi Town Gymnasium, but it got converted into an evacuation center due to the storm… I recall that it was so grueling… 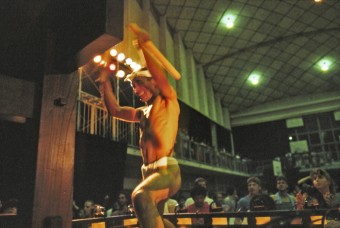 I performed as a Kodo junior member at EC 1990. It rained so heavily on the first day that we had to change the concert venue to the Ogi Town Gymnasium. From early in the morning, we were rushing around carrying all of the musical instruments, lighting and sound equipment, and so on, to the Gym. We had no time to rest and hectically rushed about in the mud to prepare and then launched straight into our performance. It is so true that power comes from necessity.

From the first EC in 1988 until 2012, the Kodo performers labored together with the staff members to set up the stage and dismantle it after the festival. We built the festival facilities from scratch, performed for three days, said thanks and goodbye to our guests as they boarded the ferry and left the island by playing farewell taiko, and then packed up all the event venues. The three-day clean up following the festival was something we considered as a part of EC. It was physically demanding, but I thought it was all worth it to hold this event together with people of Sado, volunteers and part-time staff members. We all worked very hard and had a great, exhausting time together, presenting OUR festival as a team. 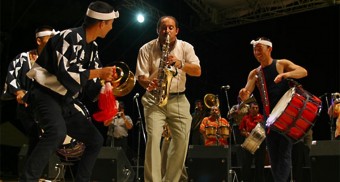 On stage with Fanfare Ciocarlia from Romania at EC 2004

Every year EC changes for the better with new innovations, ideas, and encounters, based on our experience from the previous year and also from years before. We have introduced new collaborations and guest artists, new workshops, various EC Theatre and Fringe Performances, guerilla live performances at Kisaki Shrine early in the morning, and so on. We always try to improve EC each time, so everyone can enjoy it more and more each year.

Looking ahead to the 30th anniversary of EC in two years, we have decided that now is the time to review the form of our festival, and think about how we can make EC better for Sado Island, Kodo, and everyone who comes along, so we can all continue to enjoy EC together. 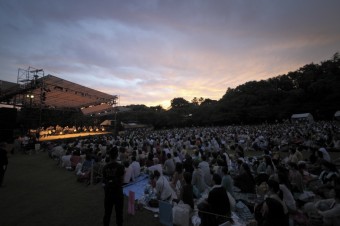 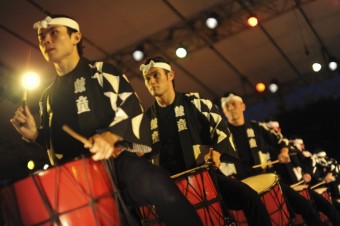 EC is one of very few events where you have the opportunity to enjoy an outdoor Kodo performance on Sado Island, where we are based, but we have decided that the time has come to take a step back and rethink the format of EC. So we will start by not centering the festival around the big concerts at Shiroyama Park next year.

This year for our Shiroyama Concerts, we are pleased to welcome a legendary former Kodo member and well-respected performer, Leonard Eto, back to Sado and EC as a guest artist and director. Also, we welcome back Suar Agung from Indonesia. Our past collaborations with them at EC have influenced Kodo pieces in many ways. We are sure the Ogi area will have a multinational, exotic atmosphere for three days during EC. We are now preparing for the events, concerts, workshops, and an array of optional activities to explore Sado Island.

This year, may I suggest you make your trip to Sado via the new Hokuriku Shinkansen? It is a new bullet train service that just started running in March.

The new fast car ferry “Akane” also started operating this April between Ogi and Naoetsu. Please note that all seats on the Akane ferry are allocated chairs and reservations are required, unlike the car ferries to Ogi until last year. So, if all the seats are full, you cannot board. We recommend you book your seats on the ferry as soon as possible.

We look forward to welcoming many of you to Earth Celebration 2015, from abroad, around Japan, and of course, from around Sado Island.