The core pieces that Kodo’s senior members forged in the early years of our group have been at the heart of Kodo’s performances for over 30 years. For better or worse, I used to think that the base of each Kodo performance lay in those early works.

Even if we added new pieces to our performances, the pillars always remained the same. This became a habit that we couldn’t break, but when Tamasaburo Bando assumed the role of Kodo’s artistic director, he pulled us out of that rut and off into new directions. He watched Kodo closely for many years and already had a deep understanding and love for our group when he accepted our invitation to become Kodo’s artistic director in 2012. And now, here we are today. 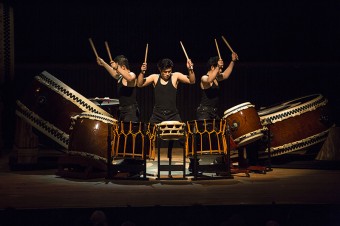 The history of taiko performing arts as a stage performance is still rather short. However, I think that the time has come for Kodo to take on new approaches, which will in time deepen and become history themselves. I think it is time for us to embrace performance styles that capture a certain era, as well as expressions from past eras. We can only learn the worth of wearing a hanten (coat), our standard costume, once we take it off. When I teach at the Kodo Apprentice Centre, there are some things that the apprentices can only understand once I go to the trouble of showing them the opposite extreme.

In March, we will present a performance called “Michi,” which features our classic pieces from the 1990s. It’s not just an “encore” performance of these numbers. Instead, we are experimenting to see how our current performers will perform and express those pieces with their own fresh sensibilities. We hope to give new life to Kodo’s classics and show them in a brand new light. 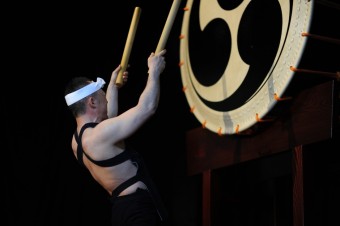 This year, we have a wide array of activities lined up to share with you, ranging from grand productions to small performances.

I kindly ask for your continued support throughout 2015.