Our popular annual concert series, “Kodo Special Performances on Sado Island,” started with a bang (don!) yesterday on April 25. We also welcomed a large audience today, from all around Japan as well as from overseas. 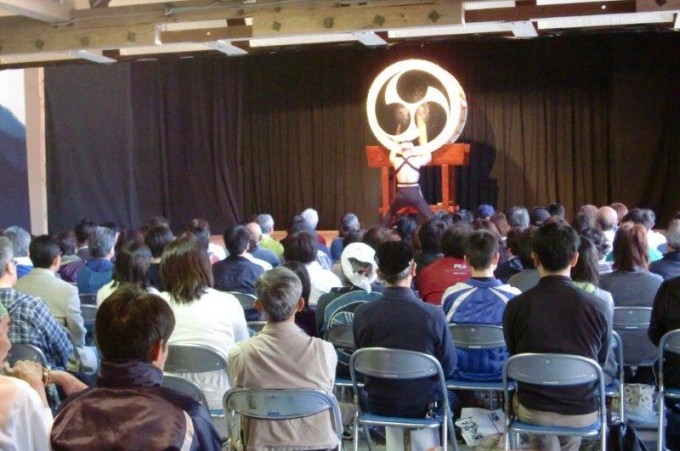 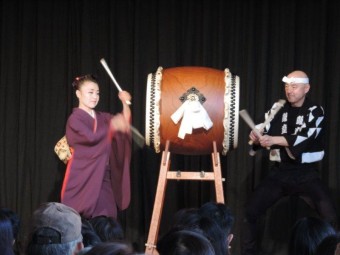 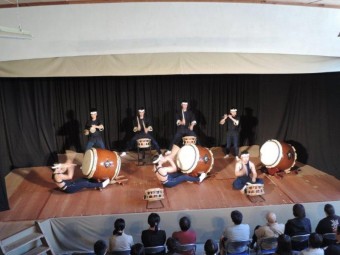 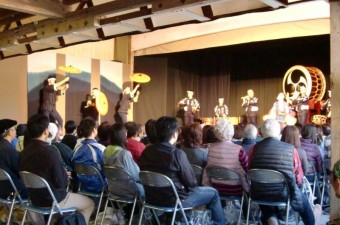 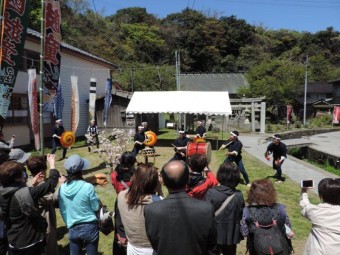 The remaining performances will take place from May 2 through 5. This is during Japan’s public holiday cluster known as “Golden Week.” If you’re on holiday or visiting Japan, it’s a great time to come to Sado Island. You can even get to Ogi with ease thanks to the new fast ferry service “Akane,” departing from Naoetsu Port.
The Special Performances, centered around Kodo’s Distinguished Members, take place at Shukunegi Community Hall, a retro playhouse in the heart of the traditional village of Shukunegi. This picturesque settlement is classified as one of Japan’s “important traditional building preservation areas.” We hope you’ll come to enjoy spring on Sado with Kodo and taiko this week!

Here’s a message (in Japanese) from cast members Yoshikazu Fujimoto and Chieko Kojima, telling everyone about the programme. 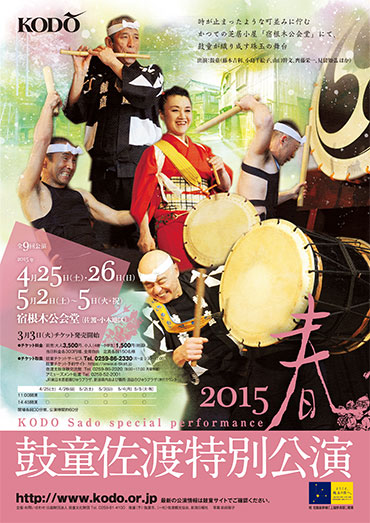