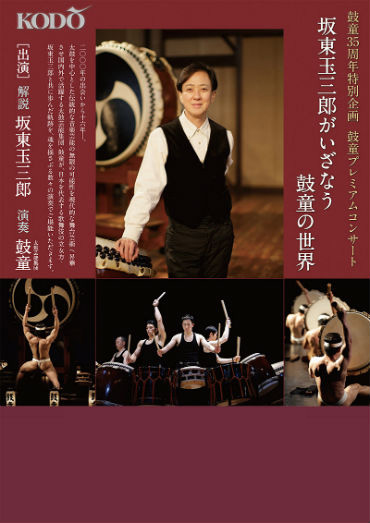 For the first time, and by popular demand, we will present a concert with a live director's commentary as a special event to commemorate Kodo's 35th anniversary. Artistic Director Tamasaburo Bando will share the stories behind the creation of various Kodo performance pieces, revealing the secrets behind our ever-evolving performances to bring you, the audience, a step closer to Kodo. This exclusive 35th anniversary concert event will tour for a limited time only. We hope you will join us for the unique opportunity to hear from our Artistic Director on stage at our performance.

Note: Commentary will be in Japanese only.