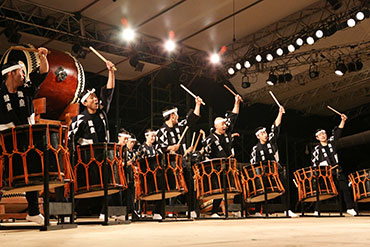 Esplanade, a performing arts center in Singapore, will host Japan Festival of Arts "Super Japan" in May to commemorate the 50th anniversary of diplomatic relations between Japan and Singapore. Kodo will appear at the festival's opening event that launches ten days of Japanese culture, traditions, and performing arts.
This will be Kodo's debut performance in Singapore. We look forward to starting the festival with a bang alongside local taiko ensemble Hibikiya!