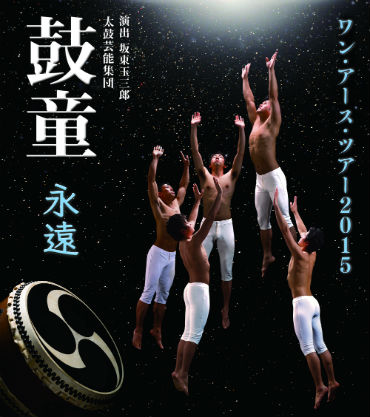 We are proud to present the third work directed by artistic director Tamasaburo Bando, a revolutionary, soul-stirring performance entitled "Eternity."

On stage, Kodo uses the act of "beating a rhythm" to express a wide range of elements and emotions. The performers freely express themselves on taiko drums as well as numerous other percussion instruments, played with an array of drumsticks, including long bamboo rods and even their own hands and fists. This variety of instruments, sticks, and the performers themselves combine to create the radiant realm of "eternity."

"Eternity" depicts human endeavors among the workings of nature, expressing glimpses of eternity as they manifest themselves. The programme is comprised of all new compositions, incorporating dance and stage direction that challenge Kodo to reach truly profound levels of expression.

While all of the pieces featured in this programme are new, Kodo's powerful and steadfast taiko drumming remains at the heart of the performance. The climax will undoubtedly hit the audience like a surge of waves, shaking them to the core.

Don't miss your chance to experience our depiction of eternity first-hand at the theater. 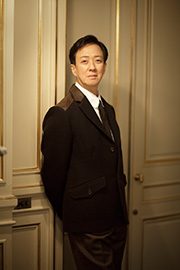 When I was mulling over the theme of eternity, it occurred to me that "the workings of nature" unfold in spiral patterns. By enumerating "the workings of nature," maybe we could express "eternity." Strictly speaking there probably is no such thing as "eternity," but as things that are connected to it, there's dawn, light, rain, wind, clouds, waves, stars, dusk, the night sky, and amongst all these, I saw "human beings."