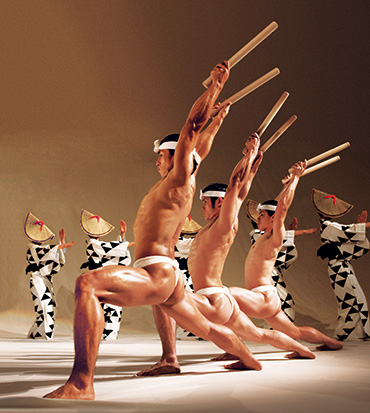 "Kodo One Earth Tour: Legend" debuted in May 2012 and toured throughout Japan. On its USA tour in 2013, over 10,000 audience members came to watch the performances held in 25 cities from Las Vegas to New York. Finally, this production will travel to Europe, starting its two-month tour in Italy and continuing with performances in France, the United Kingdom, Germany, the Netherlands, Scandinavia and Russia. In Paris, France, "Legend" will hold five concerts back-to-back at Théâtre du Châtelet, where Kodo "Dadan" held four sell-out concerts in February 2012.