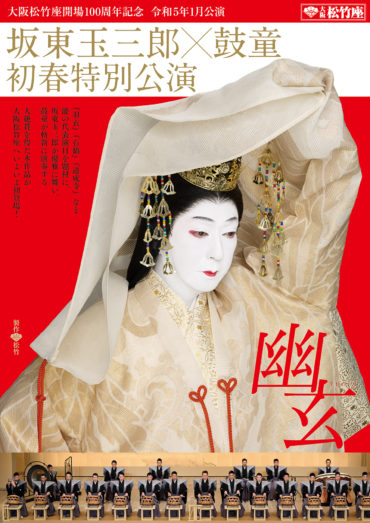 Yugen features an array of classical Japanese images from plays by Noh founder Zeami, incorporating themes from iconic works such as “Hagoromo” (The Feather Robe), “Dojoji” (Dojo-ji Temple), and “Shakkyo” (The Stone Bridge). Step into a world of sublime dance by Tamasaburo Bando with enchanting taiko music by Kodo.

Kodo and Kabuki actor Tamasaburo Bando first met in 2000. In 2003, Bando directed the ensemble in “Kodo One Earth Tour Special.” In 2006, Kodo collaborated with Bando on stage for the first time in “Amaterasu.” This collaboration between the most celebrated Kabuki onnagata (male actor specializing in female roles) of our time and a preeminent Japanese taiko ensemble created a huge sensation. In 2013, the legendary third season of Amaterasu welcomed sell-out audiences to all 67 performances in Tokyo, Fukuoka, and Kyoto.

From 2012 through 2016, Bando served as Kodo’s artistic director. During this time, he set a wide range of challenges for Kodo. One was to use taiko to conjure the subtle yet profound world of Noh Theater with Bando himself on stage. In 2017, Yugen—meaning subtle grace—premiered at Tokyo’s Bunkamura Orchard Hall as a Bando x Kodo collaboration, touring to a further four theaters in Japan. In 2018, Bando transformed the work into a spectacular Kabuki dance production for a month-long season at Tokyo’s iconic Kabukiza Theatre. In 2023, Yugen will be reimagined for the centennial celebrations at Osaka Shochikuza Theatre. 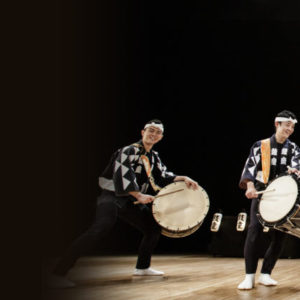